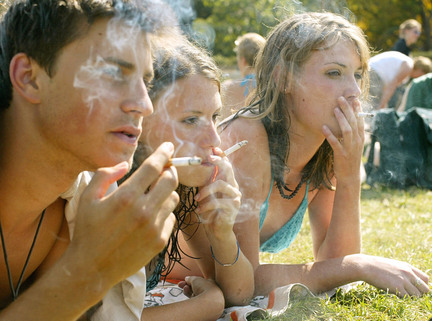 Voters passed Measure 108 in November, raising Oregon’s tobacco tax and starting a tax on e-cigarettes that will pump hundreds of millions into the state’s Medicaid budget and programs to deter the use of tobacco and vaping products. The additional tax revenue will raise $331 million in 2021-2023, the state estimates.

The American Cancer Society Action Network was a key group that pushed the measure, which two-thirds of voters supported at the ballot box. Oregon’s cigarette tax will rise to $3.33 per pack, the sixth highest in the nation and the highest on the West Coast, according to the American Cancer Society Society Action Network. Aside from the state tax, the federal government imposes an excise tax of about $1 a pack.

The tax falls on a relatively small portion of the population: Among Oregon adults, 14.5% - or about 480,000 people - reported smoking daily or some days in 2019, according to America’s Health Rankings, a project of the United Health Foundation.

The new vaping tax is equivalent to 65% of the wholesale price of the item.

Aside from raising money, the measure aims to reduce the use of tobacco products, especially among youth and young adults.

During the fall campaign, backers of the measure projected that the increase will save nearly 12,000 lives in Oregon and stop almost 19,000 children and young adults from starting to smoke, but they have not specified over how long a time period.

“This is the most significant cigarette tax increase in Oregon history that will reduce smoking rates,” said Jamie Dunphy, Oregon government relations director for ACS CAN, in a statement. “And by finally taxing e-cigarettes, we can fight the epidemic of youth e-cigarette use and take a critical step forward to protect young people from being targeted by the tobacco industry into a lifetime addiction. This is a major victory for everyone because we know that tobacco use is still the leading cause of preventable death.”

The state last raised the cigarette tax in 2002.

Ninety percent of the money will go to the state’s Medicaid program, which pays regional health insurance companies, known as coordinated care organizations, to cover the care of low-income residents. The rest will fund programs to stop or prevent the use of tobacco and vaping products.

The Oregon Health Authority will distribute the anti-smoking program money to community groups and organizations, including regional and local health departments and tribal health providers. The measure lets the authority take into account the local needs of communities and groups that seek funding, including smoking rates.

The measure also raises to $1 the 50-cent cap on the tax for each cigar. The measure puts in place a 65% wholesale tax for nicotine inhalants, including vaping products and e-cigarettes not previously taxed.In 2020, about half of all states had a vaping tax in place or in the pipeline, according to a report by the non-profit Tax Foundation.

Dec 28 2020
News source:
The Lund Report
Keywords:
Tobacco Tax, vaping tax
×
This article is for premium subscribers. If you are one, please sign in below.
You can see two more premium stories for free. To subscribe, click here. We depend on premium subscriptions to survive, and they are tax deductible.
Sign InGo Premium Not now