Oregon Students May Not Return To Classrooms With Surge In infections 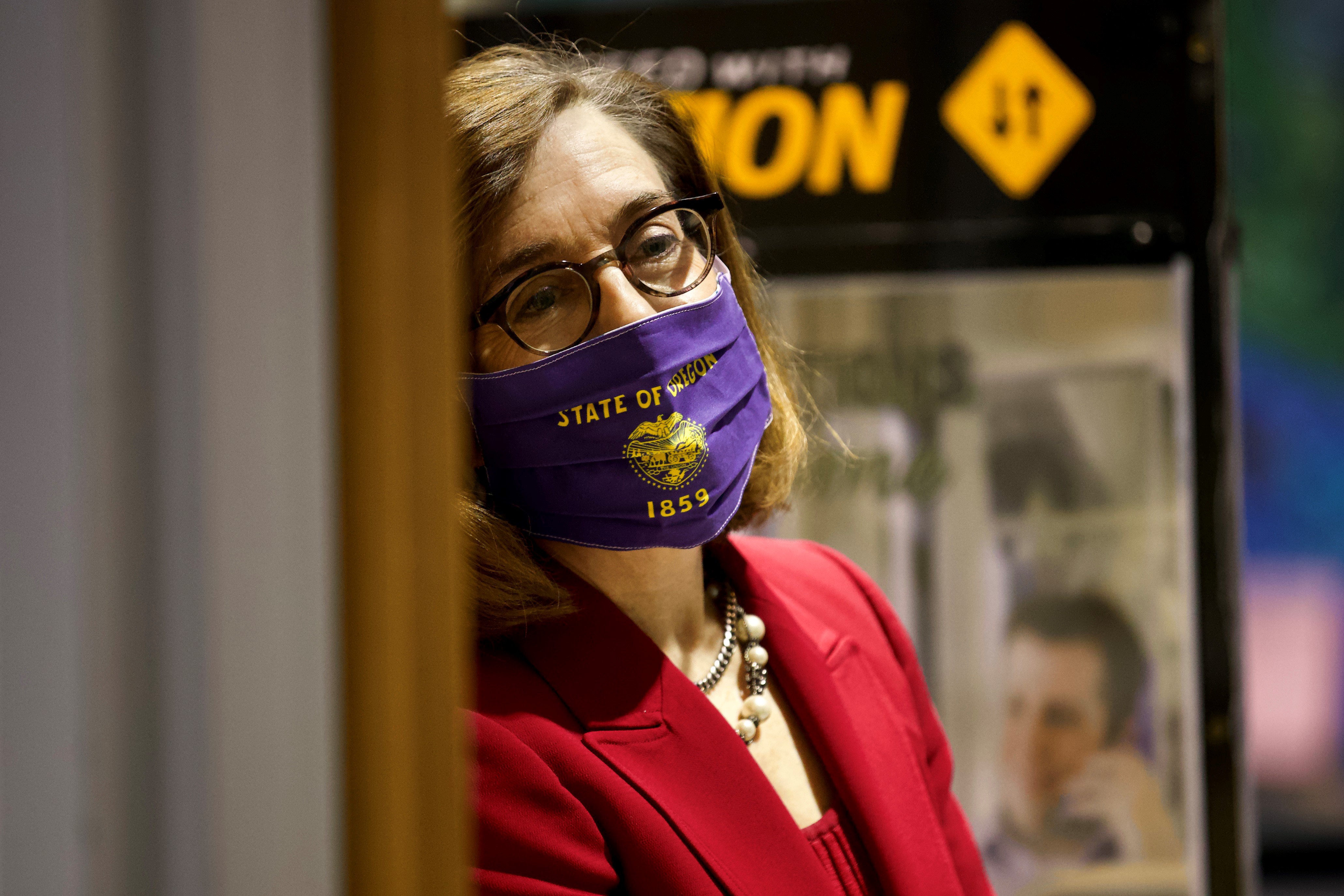 If Oregon sees 30 or more coronavirus cases per 100,000 residents over seven days, none of the state’s public school students will be allowed to reenter classrooms for in-person instruction, Gov. Kate Brown announced Tuesday.

Brown and Oregon health officials also announced metrics for county-wide reopenings, including scenarios under which children from kindergarten to third grade would receive in-person instruction while older students studied from home.

“Closing schools in the spring was one of the most difficult decisions I have made in the pandemic. As COVID-19 continues to impact both our urban and rural communities, it’s been clear that this school year will not look like any other school year,” Brown said.

The metrics must be met three weeks in a row and include:

The most recent statistics available, for tests given on July 12 through July 18, show that 15 Oregon counties currently have positive testing results above the 5% threshold. They include Multnomah, Washington, Marion and Deschutes counties as well as less populous counties such as Malheur and Sherman.

And Oregon doesn’t have any counties that currently fall in the window that would allow younger students to attend classes in-person, although Hood River and Lake counties are close with positive test rates of 6% on July 12 through July 18.

Brown’s announcement came the day after hundreds of educators flocked to the Capitol demanding she keep schools closed unless the state records no new coronavirus cases for 14 consecutive days.

All but one of Oregon’s 36 counties — Wheeler County — have had a new coronavirus case identified in the past two weeks. Fewer than 200 students in Wheeler County attend brick-and-mortar schools.

Earlier in the day, the second largest teachers’ union in the country said it would support any of its members should they choose to strike against unsafe working conditions set by their districts. The American Federation of Teachers, which represents some community college instructors and education workers in Oregon but not public school teachers, said strikes should only be used as a last resort.

Portland Public Schools and the union representing district teachers is currently negotiating a memorandum over safe working conditions for educators.

Jim Green, executive director of the Oregon School Board Association, said he recognized state leaders needed to put forth metrics for school closings and that rural and urban districts would have different considerations to make.

“Predictability is not part of this pandemic,” he said. “While it’s extremely disappointing to weigh not reopening schools this September in some areas, we have to make hard decisions based on protecting the health of our students, our staffs and our communities.

Brown had told reporters in early July that she did not have a “bright red line” to draw in order to call for another statewide school closure. But she said last week she would spell out concrete metrics to guide the reopening — or not — of Oregon schools.

Her initial statewide school closure order came in mid-March amid pressure from superintendents for the state’s largest districts who said their teaching and substitute corps were hesitant to work in close contact with children, who at the time were widely seen as tiny vectors of infection for the novel coronavirus.

“We need to be cautious so schools do not become places where the virus spreads,” Brown said.

Subsequent studies have found that, while children ages 10 to 19 do spread the virus at substantial levels, spread by children younger than 10 is very rare.

Districts across the state have begun to roll out their tentative plans for fall, and very few have announced they plan to have students physically attend class full-time.

The rural Umatilla School District is so far the only one to submit its final reopening blueprints to the Oregon Department of Education, which detail the process for students to enter school buildings and how they’ll be isolated should faculty or staff suspect a child has COVID-19.

Meanwhile, most larger districts including those in Eugene, Beaverton and Portland are setting up virtual learning programs in case they must pivot to full-time distance learning at the drop of a hat. Those districts currently plan to have students alternate between in-person instruction and distance learning.

Ted Sickinger of The Oregonian/OregonLive staff contributed to this report.

This story was originally published by The Oregonian/OregonLive and is posted here though a coronavirus-sharing agreement among more than a dozen Oregon media outlets.