Kate Brown at the Salem Fairgrounds clinic in January Abigail Dollins from The Salem Statesman Journal.jpg 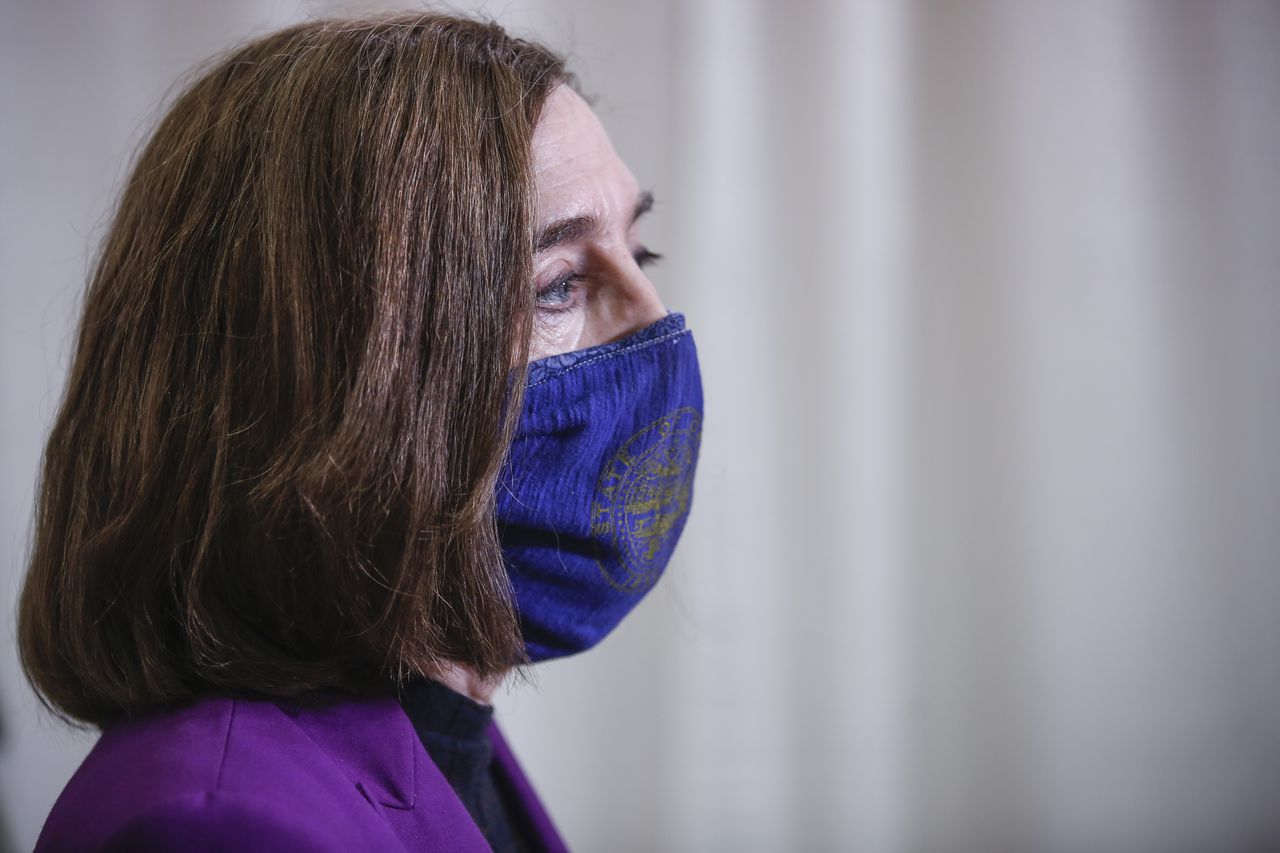 State officials throughout the pandemic divulged basic biographical information for each COVID-19 fatality, including a person’s age, county, location of death, date of a positive coronavirus test, date of death and general presence of underlying health conditions.

But without warning the agency announced that would end, effective Wednesday, because it had become too onerous for state epidemiologists who have been providing that information on a daily basis for 10 months.

The abrupt change comes as Gov. Kate Brown faces criticism for her decision to prioritize vaccinating teachers before seniors, who account for the vast majority of deaths in Oregon. Ending detailed death descriptions will make it difficult to know with precision how many elderly Oregonians test positive for coronavirus and subsequently die during the period when Brown allowed teachers to receive vaccines ahead of seniors.

The state on Wednesday instead unveiled a new data dashboard that includes summary details about the underlying health conditions of those who have died with COVID-19. That’s something the agency previously declined to disclose when requested five months ago by The Oregonian/OregonLive, saying the data wasn’t useful and created confusion when it had been previously released.

Robb Cowie, a spokesman for the Oregon Health Authority, said the decision to stop reporting detailed death information is “a capacity issue” for state officials and insisted the newly created data page, with a “composite picture, is ultimately more telling.”

On its last day of detailed reporting, Oregon disclosed the death of a 27-year-old woman from Hood River County with no underlying health conditions who died Jan. 23 at Oregon Health & Science University.

That level of detail will be whitewashed going forward. The death would be listed online as someone age 20 to 29, with no way to know the person’s county, gender, date of a positive coronavirus test, date of death, if the person died at home or in a hospital, or if the person had underlying health conditions.

Oregon will disclose deaths only in aggregate by age range, by county and by gender.

“Every death from COVID-19 represents a loss, especially for those who knew them best — families, friends and loved ones,” Patrick Allen, the Oregon Health Authority director, said in a statement. “That is why we have listed each case.”

Now the state will disclose aggregate fatality data plus a snapshot of underlying health conditions and symptoms among those who died, including the number of people who died in and outside of congregate care settings by date.

“This dashboard offers the public a clearer picture of the collective toll the virus has taken,” Allen said. “But it will never detract from the importance of each Oregonian who is no longer with us.”

It’s unclear how many states, if any, have provided detailed summaries about each death throughout the pandemic. Cowie said sharing that level of detail on a daily basis is time consuming and essentially required dedicating a full-time position to dig through an online database collecting the information for publication.

Amid record deaths in December and into January, state officials faced challenges providing timely information. They sometimes delayed releasing full summaries of the deaths until late at night as daily fatality counts reached the dozens.

Officials had been considering a change for months, when deaths were still in the hundreds, but opted to announce it in advance of the 2,000-fatality milestone.

State officials began providing detailed information with the first death March 14. Facing concerns about inadequate transparency on other coronavirus data, Gov. Kate Brown later that month said she instructed the health authority to “share all COVID-19 information with the public that does not compromise patient privacy.”

Asked for comment Wednesday about the health authority’s decision to stop sharing detailed death summaries, Brown’s office did not respond.

The prevalence of infections: The state reported 806 new positive tests out of 17,604 tests performed, equaling a 4.6% positivity rate.

Since it began: Oregon has reported 140,063 confirmed or presumed infections and 1,924 deaths, among the lowest per capita numbers in the nation. To date, the state has reported 3,122,704 lab reports from tests.

This story was originally published by The Oregonian/OregonLive and is posted here through an agreement among a dozen Oregon media outlets to share coverage of the coronavirus.