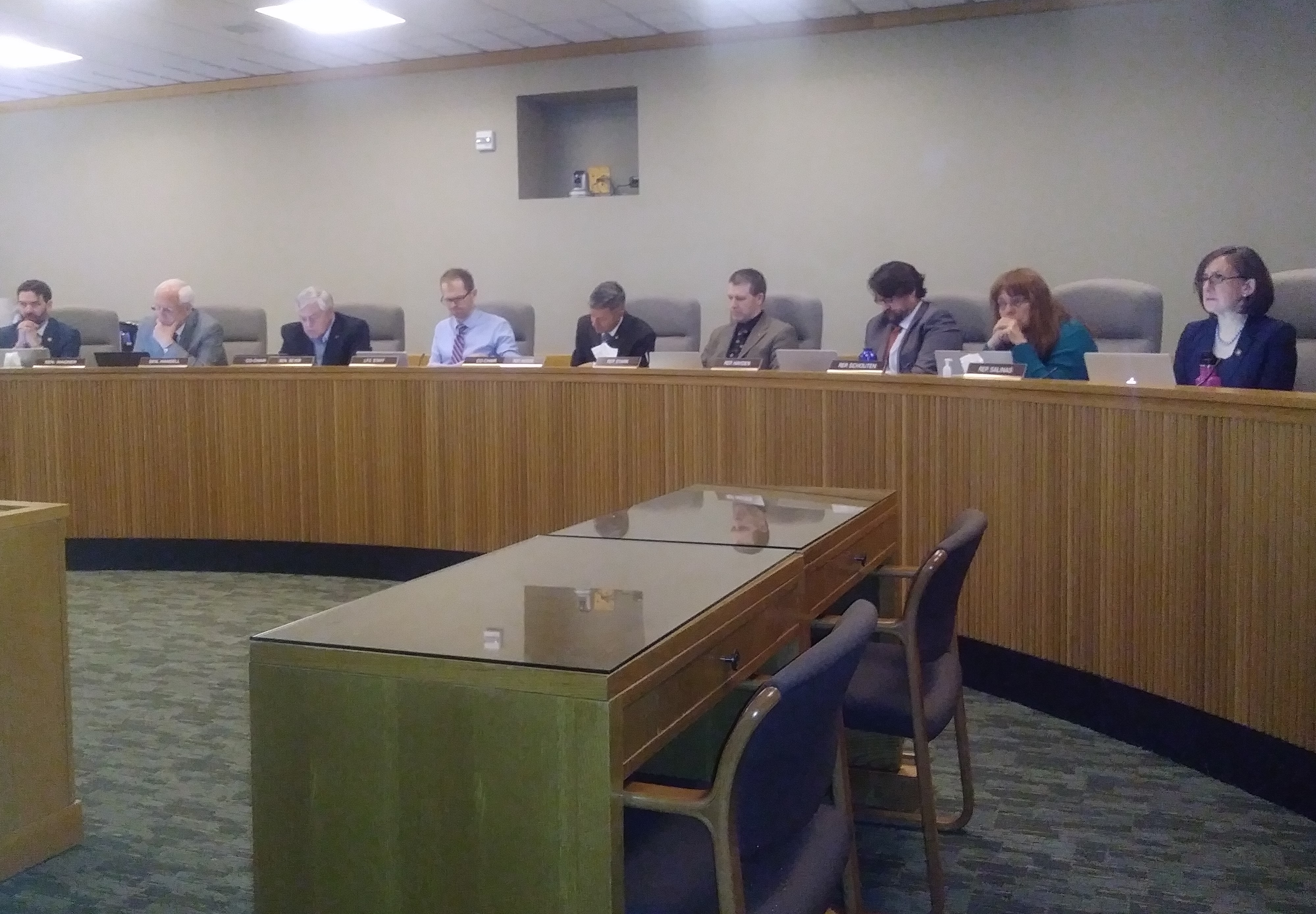 The Joint Interim Committee on Ways and Means Subcommittee on Human Services meets in preparation for the Feb. 3/Ben Botkin/The Lund Report

Oregon State Hospital is seeking another $81.6 million in state taxpayer dollars, much of it to deal with the state-run mental health facility’s struggle to admit patients in a timely manner.

That’s just for now. Another request in the pipeline seeks $20 million to open two vacant units.

The numbers reflect a grim reality for Oregon State Hospital: The system remains strained to the breaking point even as state officials say it has stayed compliant since July with a court order for timely admission of county jail inmates. Officials have stressed the need for Oregon to build more capacity in its community mental health system so patients can get help before a trip to the hospital is necessary.

Lawmakers will take the request up in the 2020 session, which starts Feb. 3. Oregon Health Authority Director Patrick Allen outlined the request on Tuesday to lawmakers in the Joint Interim Committee on Ways and Means Subcommittee on Human Services.

The hospital has faced challenges since late 2018 to comply with a court order and admit jail inmates within a week of a judge determining that they need mental health services before they can assist in defending their cases. Called “aid and assist,” those cases require a patient to improve before they can go to trial in pending criminal cases. The hospital also treats patients found guilty except for reason of insanity in criminal cases and patients who enter through civil commitments.

Nearly half of the request, $38.6 million, comes from a structural deficit. Most of that, $31 million, stems from the hospital’s struggles with billing system problems and overly rosy revenue projections. The hospital overestimated the revenue it would generate from billing insurance plans after receiving a 2016 certification from the federal Centers for Medicare & Medicaid Services for another 452 beds.

The second-largest single line in the request is $23.6 million for additional costs for existing employees. Most of this, $17.4 million, is for unbudgeted overtime and costs of temporary and contracted labor to cover physician-ordered services for acute patients and fill in for staff absences, from planned vacations to unplanned injuries. The remaining $6.2 million covers salary increases.

The hospital is also seeking $8.5 million to pay for two residential cottages at its Junction City campus, which are being used for civilly committed patients there from the main Salem campus. The cottages have already opened, with 33 new employees hired.

That move was made to open up space in Salem for “aid-and-assist” patients, though the hospital also wants to open two vacant 25-bed units at the Junction City campus.

To open up those units, Allen said, the request will be for another $20 million. That will be a separate request on top of the nearly $82 million presented Tuesday.

There also are smaller items in the request. The hospital wants $8.1 million to repay CMS overclaimed Medicaid services.

On the safety side, the hospital is seeking $1.9 million for a new transmitter system at the Salem site during staff emergencies like patient attacks.  Its current system is obsolete. The hospital was notified by the vendor in May that spare parts are no longer manufactured for the system. The Junction City campus has a newer system.

Jan 14 2020
News source:
The Lund Report
Keywords:
oregon health authority, oregon state hospital, aid and assist, civil commitments, Patrick Allen
×
This article is for premium subscribers. If you are one, please sign in below.
You can see two more premium stories for free. To subscribe, click here. We depend on premium subscriptions to survive, and they are tax deductible.
Sign InGo Premium Not now