Oregon Sends 2020 Contracts For All 15 Medicaid Insurers To Sign 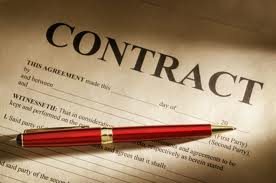 Just what each contract says won’t be publicly known until later this week, when the agency will release them, said spokeswoman Allyson Hagen.

The state hopes the insurers sign the contracts promptly, cementing the changed lineup of Medicaid insurers for next year.

Hagen said the state also plans to provide more information this week about “readiness review,” a process in which the state has been examining each Medicaid insurer’s ability to fulfill its obligations to the state’s one million Medicaid recipients starting Jan. 1.

The “readiness review” procedure aims to see whether each insurer has the financial and organizational strength and skills and the health care provider network needed, or whether they have “deficiencies” they must correct before Jan. 1.

At least one insurer, Trillium Community Health Plan, has faced a major obstacle: signing up big health care providers in the Portland metro area so it can offer a full slate of care. The Providence and Legacy hospital systems have rebuffed Trillium, as have Multnomah and Clackamas county governments and two physician groups, The Children’s Health Alliance and The Oregon Clinic, Trillium complained to the state in a Sept. 13 letter. Trillium asked the Oregon Health Authority to withhold certain payments from those entities for “unreasonably” refusing to sign contracts with Trillium. Trillium also asked the state to give it more time to complete contract negotiations. It’s unclear how the state has responded, if at all.

According to sources, some Marion/Polk health care providers are balking at signing contracts with PacificSource.

The state needs the signed contracts with Medicaid insurers so it can be certain it will have entities to administer Medicaid spending statewide, estimated at $5 billion next year. Meanwhile, insurers, technically known as coordinated care organizations, need contracts with a wide slate of health care providers in order to pass readiness review, properly serve Medicaid members and lock in special low-cost rates the insurers will pay for services.

Sep 30 2019
News source:
The Lund Report
Keywords:
medicaid, pacificsource, trillium, oregon health authority
×
This article is for premium subscribers. If you are one, please sign in below.
You can see two more premium stories for free. To subscribe, click here. We depend on premium subscriptions to survive, and they are tax deductible.
Sign InGo Premium Not now