HB 4050 allows small businesses to buy stop-loss health insurance coverage and gives them the option of self-insurance as opposed to the state fully-insured small group market.
By:
Christopher David Gray 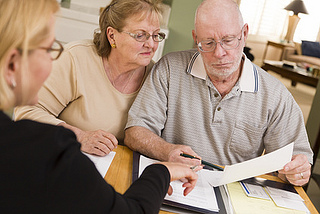 The Senate voted Tuesday to make it easier for small businesses to provide self-insured health coverage for their employees, eliminating a barrier that kept those employers from buying stop-loss coverage.

When an entity self-insurers, it pays all of its healthcare costs out of a reserve fund, and a health insurance company merely administers the plan. For example, the Public Employees Benefit Board pays Providence Health Plan an administrative fee, but medical claims are actually paid out of a government account.

Without House Bill 4050, businesses with fewer than 100 employees would be effectively shut out of the self-insurance market because the state has prohibited companies in the small group market from buying reinsurance, or stop-loss coverage. Such insurance provides a safety net against an employee with catastrophically high medical bills.

“Business people should be able to make this decision for their businesses,” said Sen. Elizabeth Steiner Hayward, D-Beaverton. “Stop-loss insurance companies should be able to decide if they can offer coverage that’s affordable.”

The House version of HB 4050, passed earlier this month, lowered the bar for reinsurance from 100 employees to 50, but Steiner Hayward pushed to eliminate the bar entirely, feeling the decision should be left to the free market.

Rep. Mitch Greenlick, D-Portland, the chair of the House Health Committee, earlier said he was interested in eliminating the barrier, but ended up supporting a more limited version to ensure HB 4050 would pass the Senate and protect businesses that currently self-insure.

The bill was necessary immediately because in 2016, the rules will be changing for health insurance sold to small businesses, with the small group market increasing from 50 to 100 employees.

Lowering the bar below 50 would open that market to businesses that have been prohibited from buying self-insurance since the 1990s.

“I am cautiously supportive of the bill,” said Sen. Laurie Monnes Anderson, D-Gresham. “This could adversely affect our small group market.”

The logic in the barrier was that businesses with young, healthy employees might choose self-insurance and pull out of the small group market, where policies are sold based upon the overall health of the pool, known as community rating.

Even if the state steps out of the way, the vast majority of small businesses would still likely find themselves priced out of the market for stop-loss coverage and self-insurance, according to Rick Skayhan, an agent at Leonard Adams Insurance.

Skayhan said reinsurance coverage typically costs $25,000 per employee -- often much higher than a company would pay in premiums. “That usually financially defeats it for any small business,” he told The Lund Report.

But at Lone Rock Timber, a lumber mill in Roseburg, Jake Gibbs said self-insurance was the reason his company was able to retain all of its 93 employees through the worst of the recession and the housing bust, which hit the timber industry especially hard.

“It lowers costs for our company with higher value for our employees,” Gibbs told the Senate Health Committee last week. “It doesn’t relieve us of our responsibilities, it just allows us to maintain them.”

The Oregon Insurance Division regulates and approves rates in the small group market, but companies selling reinsurance only need to file their rates with the Division. Self-insured health plans fall under federal law, but not the state insurance code.

The lack of protection from the Insurance Division caused some concern for Sen. Chip Shields, D-Portland, but his worries were abated when Insurance Commissioner Laura Cali testified that the Oregon Insurance Division’s consumer advocacy unit works with the administrators of self-insured plans to resolve disputed claims, even though the Division has no authority over such plans.

Employees also have the right to file claims and appeals through the U.S. Department of Labor’s Employee Benefits Security Administration.

The Senate version of HB 4050 will have to be repassed by the House, but Steiner Hayward indicated that Greenlick would support the Senate version, and the bill should pass easily.