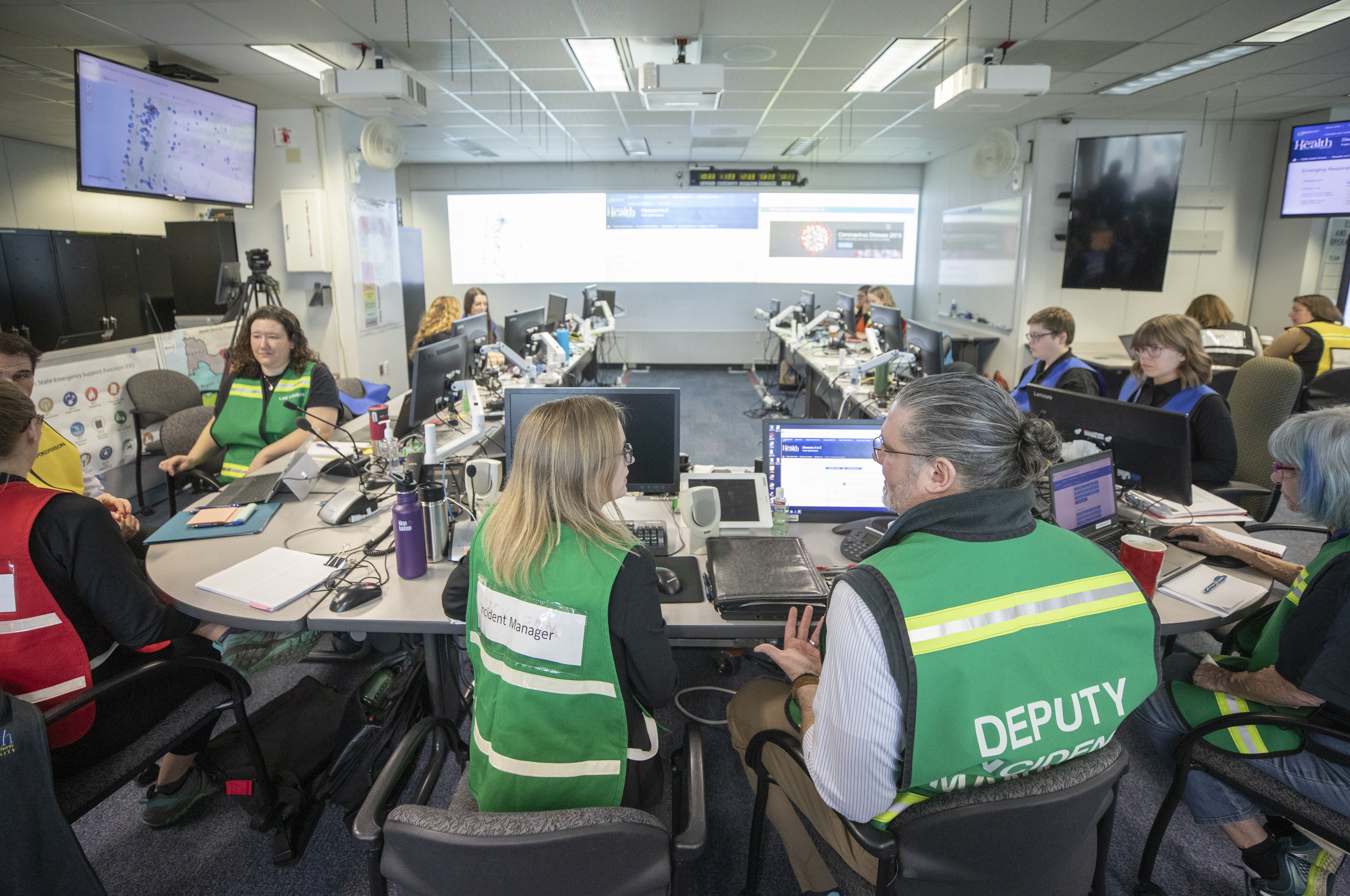 A federal agency announced more funding for Oregon on Wednesday to grapple with the rising tide of COVID-19 cases as the state braces for a widening epidemic.

The latest infusion of $7.3 million was from the Centers for Disease Control and Prevention -- about enough money to cover a one-month response to the coronavirus outbreak, according to estimates Gov. Kate Brown sent to Vice President Mike Pence.

But Oregon public health officials have not answered a pressing question: Will they have enough?

Oregon Health Authority spokespeople did not respond to repeated requests on Monday and Wednesday about whether the amount of funding in the pipeline will cover the state’s needs. The agency also hasn’t answered questions about what the funding will go toward.

Brown’s March 3 request to Pence estimated that the state would need $7 million to $10 million a month to fight the virus.  The letter requested more protective equipment, ventilators and expressed concerns about the health care workforce, especially in rural and frontier parts of Oregon. The state also needs to plan quarantine space for sick people who are homeless.

When Brown sent the letter, Oregon had just three positive cases. Since then, the outbreak has spread, with cases popping up from the northeast of the state to the south and from central Oregon to the Willamette Valley.

The latest tally is 21 cases scattered around the state, with eight in Washington County and one in Multnomah County.

The six new patients announced Wednesday were in Umatilla, Deschutes, Polk, Marion and Linn counties. None of them had traveled to an affected country and only one -- the new Umatilla case -- involved someone who had had contact with another coronavirus patient. That patient, however, did not have prolonged contact with Umatilla’s first coronavirus case, said Joseph Fiumara Jr., public health director of Umatilla County.

Two of the cases, announced at a quickly called evening news conference, are men believed to be at least 80 who live in a senior residential center in Lebanon. The cases, at the Edward C. Allworth Oregon Veterans' Home, are the first in a long-term care facility in Oregon.

The two cases came about 24 hours after the Oregon Health Authority announced visiting restrictions in the state’s 670 long-term residential care facilities that house about 30,000 mainly frail, elderly people. The state has also asked the 1,700 adult foster care homes that house up to five residents to restrict visitors and take safety precautions.

These latest cases indicate the virus has spread around the state, experts said.

“I know it’s difficult to learn that we are seeing more active community spread of COVID-19, but this is something we’ve been expecting,” Dr. Dean Sidelinger, Oregon state epidemiologist, said in a statement. “It’s a good reminder to take steps to protect yourself, and vulnerable friends and family members, by washing your hands, covering your coughs and sneezes, and staying home if you’re sick.”

Those instructions may not be enough. Brown will announce on Thursday “new steps to stem the spread of the coronavirus,” including for mass gatherings, social distancing, workplaces and other efforts, her press office said.

Last weekend, the Oregon Health Authority advised schools against closing if they don’t have any cases of COVID-19 among students or staff. But on Wednesday, the University of Oregon said it will cancel all nonessential events and gatherings of more than 50 people starting Sunday, offer final exams for winter term remotely, ban nonessential travel and offer online classes for the first three weeks of the spring term, which starts March 30. The campus is located in Lane County which does not have any coronavirus cases.

Oregon State University also announced that it would conduct final exams remotely as much as possible and offer online classes starting with spring term. Until April 30, the university is banning gatherings of more than 50 people, asking employees to work remotely if possible and banning nonessential travel.

There are no coronavirus cases in Benton County, where the main campus is located, but OSU said testing is underway. There is a case in Deschutes County, where OSU has a campus.

In Washington state on Wednesday, Gov. Jay Inslee ordered a freeze on all public events in the Seattle area with more than 250 people, including festivals, concerts and places of worship. That’s one of the most restrictive public health measures taken so far by a state. The virus swept through a nursing home in Kirkland, killing 22 people, and Washington officials say residents in other long-term care facilities have been infected. Seven other people in Washington have died along with three in California.

Worldwide, nearly 125,000 people have been sickened since the virus emerged in December, with 80,000 in China, according to a tracking map by Johns Hopkins University. Nearly 4,600 people have died.

Mar 11 2020
News source:
The Lund Report
Keywords:
coronavirus, Kate Brown, oregon health authority
×
This article is for premium subscribers. If you are one, please sign in below.
You can see two more premium stories for free. To subscribe, click here. We depend on premium subscriptions to survive, and they are tax deductible.
Sign InGo Premium Not now