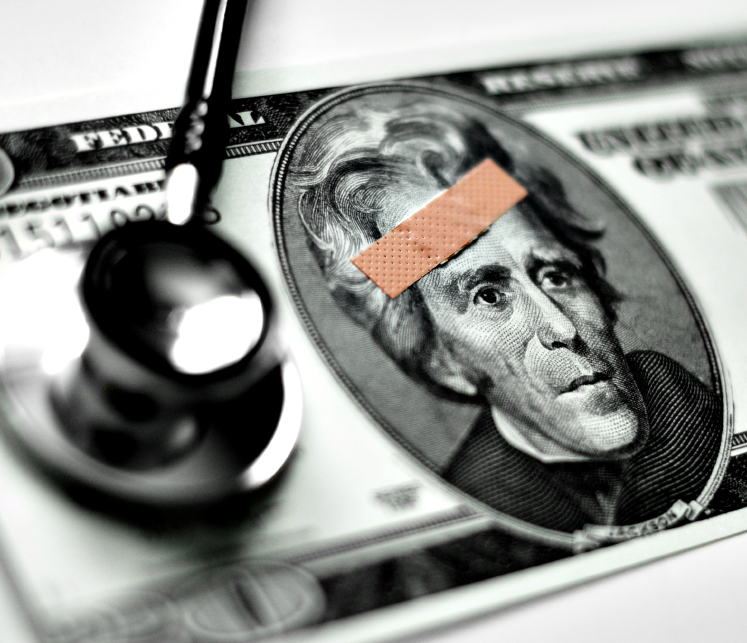 This doctor still makes house calls -- and when he sees patients in the office he never bills insurance if it’s less than an hour.

So, yes, Dr. Richard MacDonell billed Medicare at the most expensive rate for every single one of his office visits in 2012.

But, no, that does represent an effort on his part to squeeze every last limited dime out of Medicare, he said.

Time is one factor that doctors can consider when deciding on the proper billing code.

MacDonnell, -- who runs My MD, a practice in Bend --  is part of a tiny but expanding movement of so-called concierge medical practitioners, who charge patients a fee in hopes of freeing themselves to attend to them more closely.

“I know the debate is focused on insurance and how much Medicare is paying out,” said MacDonnell. “We need to focus on the important thing -- the patient, are they getting cared for and is it adequate?

“I'm a little bit of dreamer and idealist,” he added. “I majored in philosophy. The bigger picture here is how do we focus on people …They have to incentivize good care.”

To illustrate the kind of practice he runs, MacDonell recounted the story of a recent canoeing trip he took with his daughter. His outdoor adventure was interrupted by a cell phone call from a patient’s wife. The elderly patient was suffering shortness of breath, the doctor recalled. Instead of directing the wife to call 911, MacDonell made a house call, meaning his patient did not have to go to an emergency room for eight or nine hours -- a painful experience for anyone but particularly those already disoriented,.

The wave of the future of monitoring doctors by their data has a particular problem for doctors like MacDonnell who have consciously chosen to practice medicine in a different way, but the push has implications for other doctors.

Much of health reform is premised on the idea that getting patient sin to see their primary care doctor will in fact lead to better outcomes and  savings ultimately.

“All this policing and check-up--is it worth them to chase down primary care doctors?” MacDonell asked. “Sure, you don't want people creating fraud, but we have a bigger problem -- keeping doctors for this growing aging population.”

Earlier this year, Medicare released spending data for individual healthcare providers for the first time, and the national news outlet ProPublica examined doctors who were billing for the most complex and also most expensive office visits all of the time in 2012.

Data on Oregon provided by ProPublica to The Lund Report show that that only 13 providers who always billed for top dollar had at least 100 Medicare office visits. Nine of them worked at Oregon Health & Science University -- the subject of a previous Lund Report story.

Just four did not and were contacted by The Lund Report in recent weeks for comment --- Dr. MacDonell among them.

Medicare billing stories around the country have focused on the bad apples -- doctors with suspicious billing practices and the disciplinary problems that suggest ethical lapses.

Investigating further, The Lund Report found that none of the doctors in Oregon who billed at the highest level all the time in 2012 ever had a disciplinary action before the state medical board.

The audits and questions they’ve endured were the greater wrong, said Connie McVein, who manages billing for the private practice.

About a year ago, McVein said, a nurse working on a Medicare audit contacted them, insisting in a phone interview that “‘if the patient didn't have a seizure in front of you, you can't code a level 5,’”-- the code for the most expensive office visit.

The practice ended the call with the Medicare auditor after she said that, according McVein’s recollection, because it was clear she didn’t know much about coding.

“It is subjective, but it's not that subjective,” McVein said. “We never heard from them again.”

(As of deadline, a Medicare spokesperson had not responded to a request to comment on McVein’s account of their audit.)

McVein said one private insurance has repeatedly and automatically denied all their claims for the most expensive visit in a protracted year-long fight.

“The insurance companies have gotten tired of how to figure out the billing and coding issue. They're encouraging the doctors to do time-based coding,” she said. “They're never going to audit the the three and fours. They're not trying to get you to bill accurately.”

That in turn gives doctors a choice between billing accurately for more money or trying to avoid an audit by seeking compensation for less than they should be paid.

As OHSU explained when contacted by The Lund Report, some doctors bill only at the most expensive rates because the most serious cases come there way.

Dr. Adam Angeles, medical director of the St. Charles Medical Center Wound Care and Ostomy Clinic, who works in plastic and reconstructive surgery, said he doubted that Medicare’s data on him was entirely accurate but that his complex work was the reason that he often billed at the most expensive rate.

“I see patients who have been previously screened so only the most complex cases are seen by me…” he wrote in an email. “In many instances the patients who come to the wound healing center come to the clinic after they have been failed other treatments.  It is the ‘clinic of last resort.’”

“Comparing my patient population to other plastic surgeon’s patients is not equitable because I am the only subspecialist in central Oregon who is willing to take these complex patients with burns and wounds,” he wrote, also noting that in a single week he might see a patient who needs reconstructive surgery for his skull because of brain cancer, a patient with 20% burns on the hands, face and abdomen as well as a patient with “massive complex recurrent abdominal hernia who has been previously operated on over a half dozen times” among others.

Dr. Seymour Bronstein, who specializes in hematology and oncology at Grande Ronde Hospital in La Grande, also billed all his office visits at the most expensive rate, according to Medicare data.

Mardi Ford, a spokeswoman for the hospital, said an internal audit was under way but noted the hospital already takes great care in the process of billing.

“[Grande Ronde Hospital] physician charges are coded by our certified coders,” wrote Ford in an email. “They assure the necessary documentation is present in the electronic health record before assigning a billing code. We also regularly perform routine audits of coding and billing for our service lines.”

Aug 14 2014
News source:
The Lund Report
Keywords:
medicare
×
This article is for premium subscribers. If you are one, please sign in below.
You can see two more premium stories for free. To subscribe, click here. We depend on premium subscriptions to survive, and they are tax deductible.
Sign InGo Premium Not now