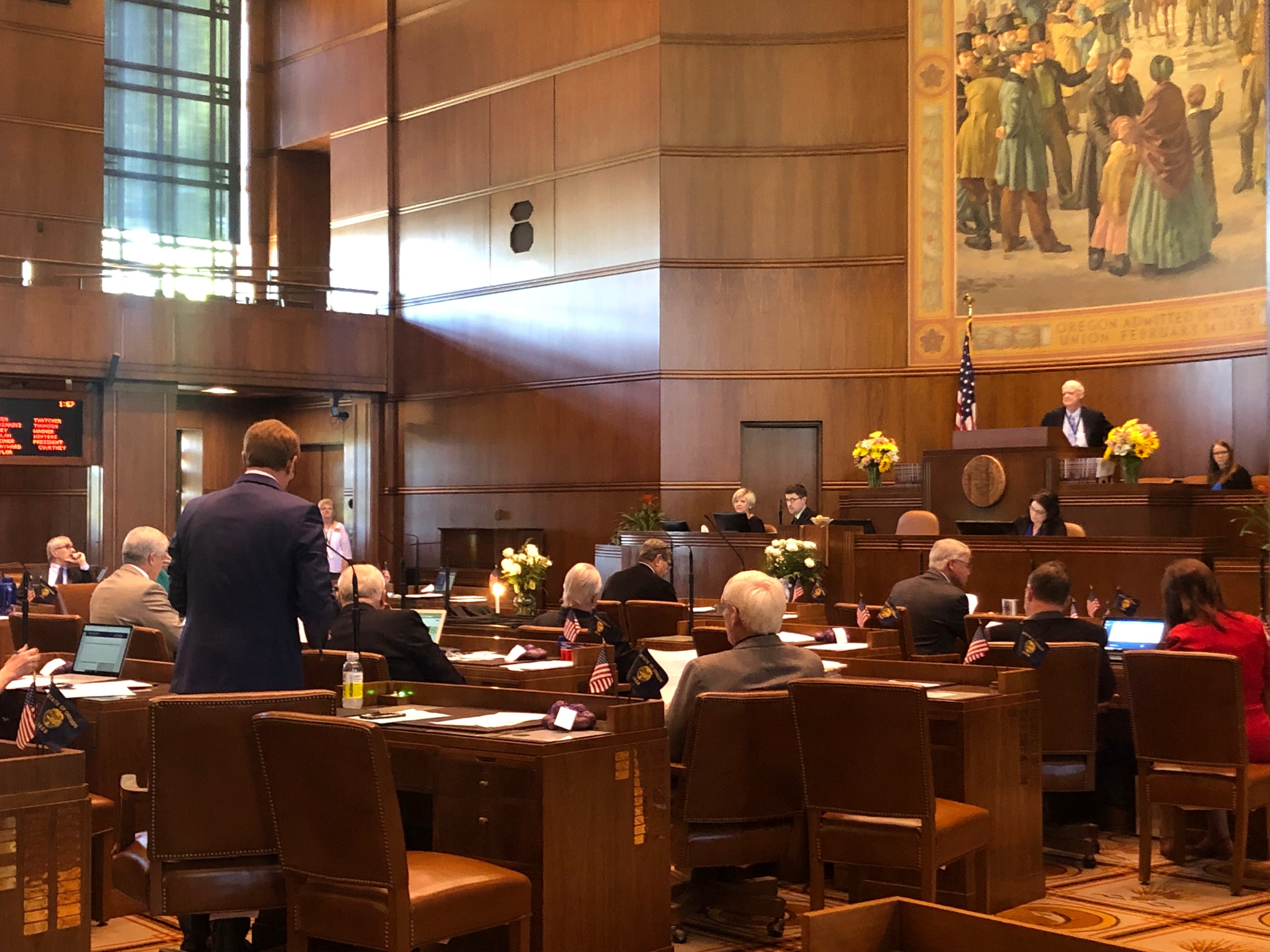 SALEM – Proponents expect a bill that would force prescription drug manufacturers to be more transparent about price hikes to land soon on Gov. Kate Brown’s desk, putting Oregon at the forefront of efforts to fight against skyrocketing drug prices.

Notification would be required for brand-name that drugs manufacturers plan to increase the total price of by more than 10 percent over the previous 12-month period, or by more than $10,000 in total.

Makers of generic drugs would have to give advance notice in case of both a planned increase of at least $300 and a 25 percent price increase over the past year.

"Prescription drugs make up an increasing portion of health care spending, accounting for up to 20 cents per every $1 spent," Sen. Laurie Monnes Anderson, D-Gresham, said on the Senate floor Thursday. "This notice will give health plans and consumers valuable information to help plan ahead."

Passage of the bill would solidify Oregon as one of the nation’s leaders in drug price transparency efforts, advocates say. After California in 2017 passed a sweeping law mandating advanced notice of price increases and a slew of other reporting requirements, Oregon, Connecticut, Maine, New Hampshire and Vermont passed similar legislation last year – but without the price increase reporting.

The Oregon Senate's unanimous approval of HB 2658 Thursday followed minor amendments by a Senate committee to the bill, which requires the bill be sent back to the House for another vote. The House originally passed it 49 to 8 in April. A second passage would send it to Gov. Kate Brown for her signature.

A spokeswoman for Brown declined to say Monday whether the governor would sign the bill. But her signature appears likely given its broad support in the Legislature.

The bill grew out of a task force created following last year's short session. The task force also considered other ways to bring down drug prices despite industry opposition.

After House Bill 2658 was introduced, pharmaceutical and biotechnology groups lobbied against it early on, arguing the notifications would force them to disclose information that could put them at a competitive disadvantage and would not yield savings for consumers. But they didn't testify in later hearings as the bill garnered bipartisan support in the Legislature and broad backing from insurers and advocacy groups including the AARP, the Oregon Nurses Association and the Oregon State Public Interest Group.

HB 2658 also requires manufacturers to declare whether or not a price increase is due to a change or improvement to the drug.

"Having that information out there gives an opportunity for advocates to raise a stink about this,” Griffith said. “That's basically what happened in California, where notices went out, advocates were able to find out about (planned increases) ahead of time, and by putting a focus on that, the public outrage led to several reservals” of planned price hikes.

"That's the same thing we're looking at here," Griffith said. "It's correcting a bit of an imbalance that exists from an information and (consumer) power standpoint, so I think it's a good step."

Jun 10 2019
News source:
The Lund Report
Keywords:
drug prices, House Bill 2658
×
This article is for premium subscribers. If you are one, please sign in below.
You can see two more premium stories for free. To subscribe, click here. We depend on premium subscriptions to survive, and they are tax deductible.
Sign InGo Premium Not now