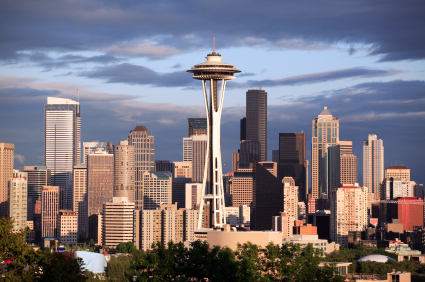 As Oregon lawmakers mull over the idea of moving toward a system that eventually requires insurers to cover everybody, they might want to consider lessons learned from our neighbors to the north… that is, Washington not Canada. (We aren’t going that far).

Back in the 1990s, Washington instituted guaranteed issue, which meant   insurance companies couldn't reject anyone.

“The market collapsed,” said Karen Larson, executive director of the Washington State Health Insurance Pool. “We went into a death spiral. Rates went up and up. People dropped out. And the commissioner wasn’t allowing carriers to raise rates. You couldn’t buy individual coverage in Washington toward the end of the 90s.”

So Washington told insurers that they could not reject more than 8 percent of individual applicants, a policy that still stands. At the same time, they eliminated rate regulation in the individual market. Rates stabilized somewhat, and insurers returned gingerly to the market.

Everything changed in 2007, when individual rates increased on average more than 40 percent. So lawmakers stepped in again, this time to regulate rates. Nevertheless, last year the insurance commissioner approved 20-30 percent rate increases.

In Washington, insurers were assessed roughly $40 million in 2008 to pay for its high risk pool, which covers more than 3,000 people. Oregon insurers, on the other hand, were assessed more than $90 million to cover roughly 15,000 enrollees.