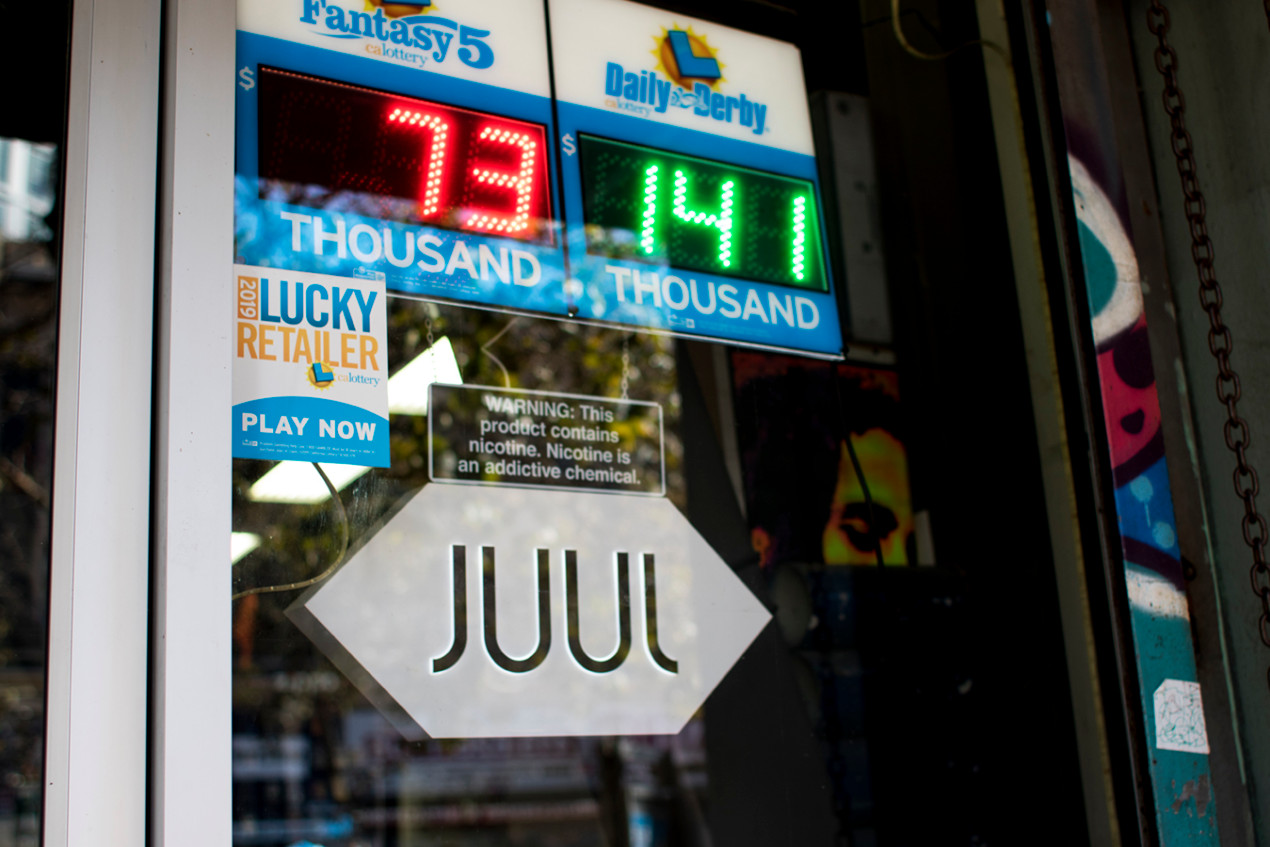 In California, cities and counties are enacting bans on sale of vaping products/Hannah Norman/KHN

The 39-state coalition is looking into JUUL’s “marketing and sales practices, including targeting of youth, claims regarding nicotine content, and statements regarding risks, safety and effectiveness as a smoking cessation device,” according to a statement from the attorney general’s office.

“I have long been concerned about how JUUL targets children with their sleek devices and marketing practices. They have almost singled handily [sic] gotten a whole new generation of teens hooked on tobacco,” Rosenblum said in a statement.

“JUUL’s aggressive advertising has significantly contributed to a public health crisis in Oregon and across the country,” Rosenblum added. “I am proud that my office has taken a lead role in this investigation, and we will work with the coalition to make sure JUUL is held accountable for their actions.”

Oregon Gov. Kate Brown approved a temporary ban on flavored vape products last October after two Oregonians died from a severe lung illness linked to vaping. But the Oregon Court of Appeals blocked that ban in November, allowing flavored vaping products that contain cannabis to be sold while the lawsuit continues.

As of December, Oregon has seen a total of 20 cases of EVALI — what health officials are referring to as “e-cigarette or vaping product associated lung injury.” Around the country, almost 2,300 people have fallen ill and 47 people have died.

According to a statement from the attorney general’s office, 1 in 4 high school students and 1 in 10 middle school students in the U.S. reported they had vaped with e-cigarettes in the past 30 days.

Rosenblum is asking the Oregon Legislature this year to ban the sale of e-cigarettes over the internet through Oregon HB 4078. Rosenblum said internet sales of e-cigarettes are an easy way for minors to get around verifying their age.

The bill is one of many that the Legislature is considering during the short session, however contentious disagreements over climate bills have stalled progress as Republican lawmakers have continued a walkout protest from the Capitol.