In the past 12 months, the seven domestic insurers in Oregon have lost nearly 25,000 members while their net income has shot up by 25 percent
By:
Blair Thomas 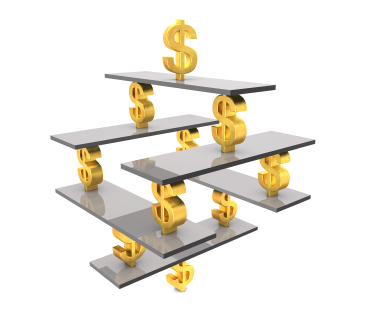 July 5, 2012 -- For the second consecutive year, Oregon’s seven domestic health insurers saw a decrease in their overall net income, but still found themselves on pace to achieve financial prosperity in 2012.

At the end of March, there were1,544,560Oregonians insured through individual or group policies, down 24,399 –by 1.6 percent—compared to the same time last year, according to financial data released by the Oregon Insurance Division.

Regence BlueCross BlueShield’s membership continued its waterfall, as the insurer lost 61,729 members, representing an 11.9 percent decrease, and had 457,793 members on March 30, while Providence Health Plan’s numbers also went down narrowly by 2 percent – in March 2011 they had 188,328 compared to 184,640 a year later.

Meanwhile, PacificSource Health Plan saw a boom jumping 14.4 percent from 189,055 to 2l6,306 members during that same time period. None of these numbers include self-insured groups, public employees or school districts, which are not required to report their financial records to the Insurance Division.

Taking a look at how much money these insurers had in surplus and capital, two organizations zoomed to the top – LifeWise Health Plan and Health Net – both experienced double-digit increases compared to the first quarter of 2011. LifeWise’s surplus saw it surplus propel by 11.6 percent to reach $62.1 million in March, while Health Net witnessed the largest jump – 12.6 percent – and ended the quarter with $75.9 million.

Together the seven insurers ended the first quarter with $1.83 billion in surplus, while Regence and Kaiser Permanente witnessed slight decreases. Regence’s totals fell 2 percent to $558.6 million, while Kaiser’s surplus and capital experienced a 6.8 percent decline and stood at $478.8 million on March 30.

Despite the modest membership decrease, together the seven insurers brought in $56.5 million in net income during the first quarter, a jump of 24.8 percent.

Regence, however, became the catalyst, with its net income soaring to reach $20.3 million representing a 124 percent jump from $9.1 million in the first quarter of 2011.

The investment decreases came primarily as a result of market fluctuations, said Deana Strunk, spokesperson. Despite the decrease, there should be no cause for concern about the financial status of LifeWise, she added, which ended the quarter with $486,000 compared to a year earlier when it had $773,000, which accounted for a 38.6 percent decrease overall.

“LifeWise is in a sound financial position to address evolving market conditions,” she added..

When it came to revenue that insurers gained from premiums, together they took home more than $1.8 billion, a 3.9 percent increase. Despite losing nearly 62,000 members, Regence only saw its premium income only go down by $15,058.

Their medical loss ratio – known as the amount of money spent on medical and prescription expenses – hovered around 88.2 percent. As usual, Kaiser outpaced its competitors with a ratio of 95 percent with Providence came in second, at 88.9 percent. Health Net ws the only insurer to have a medical loss ratio lower than 80 percent, which is considered the standard by the Affordable Care Act – and checked in at 76 percent.

Despite those healthy numbers, Health Net spokesman Brad Kieffer pointed out that it’s difficult to make any conclusions from the first quarter numbers, but the organization is working hard to meet medical loss requirements, as it did last year. Nearly $71.6 million of the $94.3 million earned in premium revenue was spent on hospital and medical expenses, he said.

Kaiser Permanente has continued to witness financial stability after becoming the state’s largest insurer late last year. The organization witnessed modest gains in net income with $13.2 million, an increase of 16.7 percent. It brought in $6.3 million in net investment gains, a jump of 30.1 percent. Despite a membership increase of less than 1 percent, premium income was boosted 6 percent when compared to the first quarter of 2011.

Also, the financial reports from the second quarter of 2012 which ended June 30 will not be publicly available until early September.

For more information on the finances of Oregon’s seven insurers during the first quarter of 2012, click here.