Oregon Inches Closer To Creating Its Own Health Insurance Marketplace 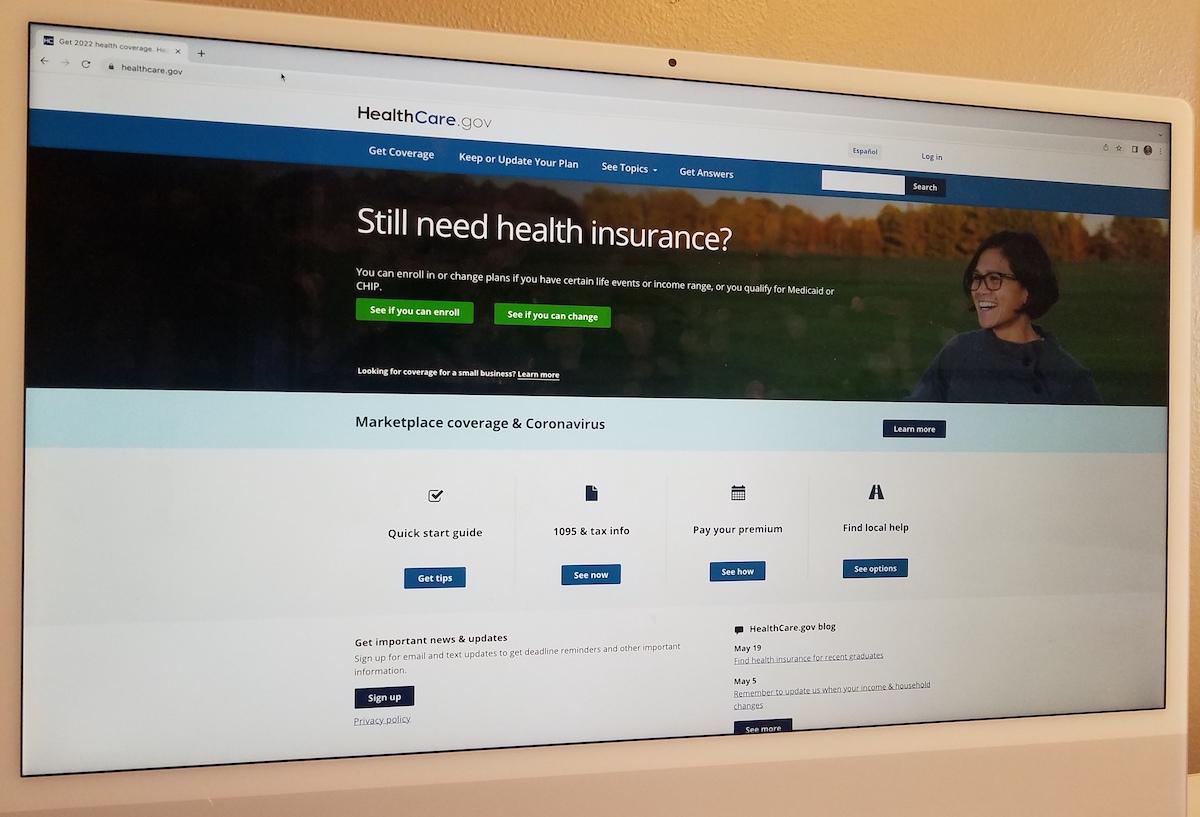 The federal health insurance marketplace, HealthCare.gov on May 31, 2022./The Lund Report/Emily Green

Eight years after Oregon was  lampooned nationally and investigated in Congress for wasting $300 million on a health insurance exchange website that did not work, some say it’s time to step out from the shadow cast by the Cover Oregon debacle and try something different.

Since pulling the plug on the failed website, the state has paid to connect to the federal marketplace, Healthcare.gov. Doing so fulfills a federal requirement that states have an online portal so residents who don’t have government or employer-based coverage can shop for commercial policies and enroll online, while qualifying for income-based federal discounts on their premiums.

Officials at the Oregon Health Insurance Marketplace, however, have been studying how other states have switched from using the federal computer platform to their own systems. They have concluded it’s time for Oregon to do the same. The state marketplace office, a division of the Oregon Health Authority, would need legislative approval and possibly funding, although just how much is unclear.

Supporters of the idea say circumstances and technology have changed, but the stigma of the Cover Oregon scandal has been hard to overcome.

“This has been a difficult thing to start a conversation on in Oregon because of what happened with our first run (with Cover Oregon) in 2014,” Victor Garcia, an operations development specialist with the Oregon marketplace, told the agency’s advisory committee in April. At that meeting, the panel unanimously set moving to a state-based platform as a priority.

“Now that the landscape has changed, now that technology has changed, so many things have aligned” to favor creating a state-run marketplace system, Garcia told the agency’s advisory committee.

Chiqui Flowers, the Oregon marketplace administrator, is scheduled to make a presentation on the topic to the state Senate Committee on Health Care on June 2.

The Oregon insurance marketplace is used by relatively few people — only about 320,000 out of Oregon’s population of more than four million are covered by individual and small-group policies bought through it. But it serves a vital role. It’s an online system where people who are not eligible for Medicaid or Medicare and aren’t getting insurance through a large employer can shop for coverage and premiums among about a half-dozen commercial health insurance companies. It’s the only place Oregon residents can get federal tax credits to help cover the cost of their insurance premiums.

Big drawbacks to the federal platform include that the state can’t make improvements to it, has limited access to much of the data and can’t integrate it with other state computer systems or service programs. The state would like to be able to use the data to guide insurance applicants to programs such as food stamps or other welfare benefits.

A group of advocates, including OSPIRG, the Oregon Nurses Association and the Oregon Academy of Family Physicians urged the Legislature earlier this year to approve a bill that would have directed state agencies to launch a state-based marketplace, but that language never made it into law. Supporters said a state-based marketplace could further the state’s efforts to boost coverage, especially as the state prepares to disenroll about 300,000 people from the Medicaid-funded Oregon Health Plan.

“A state-based marketplace would open up avenues to lowering costs and simplifying the health care system that are currently unavailable to the state,” Maribeth Guarino, a health care advocate for OSPIRG told The Lund Report. Guarino is a member of the state marketplace advisory committee. “Consumers could have a one-stop-shop to determine their eligibility for public programs, find premium assistance and tax credit information, and choose their insurance plan. That eliminates a lot of the administrative burden and cost that comes with folks bouncing around through different applications and systems,” she said.

In using the federal website, the state must pay tens of millions of dollars in fees every year to the federal government. That money is ultimately paid by the people who buy policies through the marketplace.

For the current year, the state is paying a fee of 2.25%, which would be about $110 per year on a policy with a premium of $5,000. “We have no accounting for where the money we pay for using (healthcare.gov) goes. We may or may not be subsidizing other states,” Garcia wrote to the advisory panel.

Seventeen states and the District of Columbia run their own marketplaces. In November 2021, Kentucky, Maine and New Mexico shifted from the federal platform to their own. Pennsylvania and New Jersey made that switch in 2020.

Contractors nationwide in recent years have become well versed at creating and running state insurance marketplace platforms,  Garcia wrote in the memo. Vendors now offer a “bundled service and technology package that is vendor-hosted and cloud-based,” he wrote.

By contrast, the Cover Oregon fiasco involved trying to create a new platform from scratch.

Using mostly federal money, the state and its contractor, Oracle, tried to create an online insurance marketplace in 2013-14. They  burned through about $300 million, but the system never worked properly, and each side blamed the other. The state eventually opted to use the federal government’s system, healthcare.gov, as its marketplace platform.

Marketplace officials at the Oregon Health Authority did not immediately respond to emails and phone messages from The Lund Report.

It is time for this to move forward

This article cites many good reasons to revisit this issue. In the world of health information technology, 8 years is a very long time. Much has changed, several vendors have this figured out and several other state's approaches serve as a template for how Oregon can do this successfully and cost effectively.

Also, we still have statutory and regulatory protections in place, as a result of CoverOregon, related to project oversight of procurement, contracting, and vendor accountability for milestones and progress, including IV&V vednors, and other means, to ensure that we do not repeat the problems we had with CoverOregon. We should not simply avoid the work that needs to be done because we had a rough go nearly a decade ago.