House Bill 3041 makes clear that schools must allow children to use sunscreen and not treat it as a drug requiring a physician’s note.
By:
Chris Gray 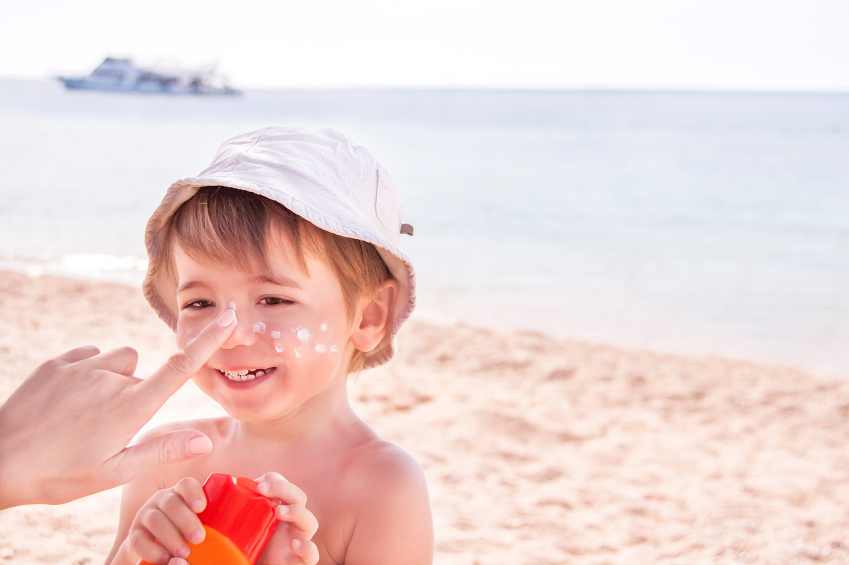 It may seem like common sense. But Rep. Alissa Keny-Guyer, D-Portland, told her colleagues Wednesday that in reality, they needed to pass a law to let schools know it was OK for kids to bring sunscreen to class and use it when they go outside for recess or field trips.

She said some schools were unsure whether they were allowed to let children have sunscreen or whether they should treat the skin product as a drug, which often requires a doctor’s note.

“This bill simply allows parents and children to use sunscreen, if they choose to do so,” Keny-Guyer said. “It protects school personnel from liability.”

House Bill 3041 directs Oregon school districts to allow students to use sunscreen and sun-protective clothing, something that only sunny California explicitly allows right now, OHSU medical student Nikki Steinsiek told the House Health Committee last week. The bill, which passed the House unanimously on Wednesday, was brought to the Legislature by a group of medical students who wanted to have a positive impact on public health.

Steinsiek said that medical students inquiring about sunscreen policies at Oregon schools found policies varied widely across the state; some allowed it, others banned it, many had no policy.

“There was an OHSU donor who wished to distribute sunscreen at a high school sporting event in order to protect students, but given the ambiguity of the current Oregon statute, the school administrator declined the invitation,” Steinsiek said.

With the OHSU students showing the need for a clear statute, HB 3041 was exactly the kind of measure that had politicians clamoring with bipartisan support. Keny-Guyer carried the bill on the House floor with Rep. Knute Buehler, R-Bend, an orthopedic surgeon, who said he was especially impressed with the way the aspiring physicians at OHSU brought this to his attention.

Keny-Guyer and her family have been especially hit with skin cancer; she has survived squamous cell skin cancer; two of her siblings have had melanoma, and her mother died from skin cancer. Despite its reputation for cloudiness, Oregon has the fifth-highest rate of melanoma in the United States and the highest rate for women.

Rep. Jim Weidner, R-McMinnville, said it was an opportunity for libertarian-minded Republicans like himself to ensure that schools don’t stop parents from protecting their children’s skin, while his liberal colleagues across the aisle could advocate for public health.

“It’s ludicrous that schools would not allow you to put sunscreen on,” Weidner remarked. “It’s about freedom.”

Last summer, a Texas child’s sunburn became national news after it was found that she’d been denied sunscreen on a field trip due to a San Antonio school district’s ban on the substance.

Beyond causing immediate pain and discomfort, a single sunburn doubles a person’s chance of later developing melanoma, at least among Americans of European origin, according to statistics provided to the House Health Committee by Dr. Sancy Leachman, a dermatologist at Oregon Health & Science University.

In Oregon, reports of schools treating sunscreen as illicit contraband are more anecdotal. KOIN-TV news reported last year that “most schools ban sunscreen,” but didn’t identify any schools that ban it, didn’t cite any official sources, and didn’t interview anyone on camera save some parents lounging with their kids in a Portland park.