Advocates expect HIV testing rates to increase as a result leading to earlier diagnosis and treatment
By:
Amanda Waldroupe 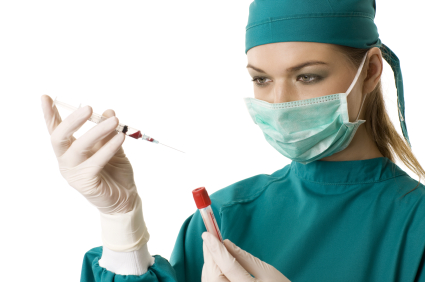 February 22, 2012—Both the House and Senate have unanimously passed a bill that will make HIV testing a part of routine blood work and other lab tests performed by a physician or hospital.

That change is expected to reduce the social stigma associated with HIV, transmission of the disease, as well as increase the number of people who are tested, according to legislators, providers and advocates of those living with HIV.

“We believe this legislation is critical to finally bringing an end to the HIV epidemic in Oregon,” said Michael Kaplan, the executive director of Cascade AIDS Project.

Senate Bill 1507, which the House unanimously approved yesterday, now awaits the Governor’s signature. It allows patients to be notified in advance before given an HIV test with the option to decline either orally or in writing.

This bill also changes the statutory requirement in place since 1987, which made patients sign an informed consent form explicitly giving permission for the HIV test. That consent form is separate from a regular consent form, and part of the routine paperwork that a patient signs allowing doctors to perform “certain routine things that are pretty broad…that you need to have done,” said Sen. Alan Bates (D-Medford) who supported the bill,

Those routine tests include simple blood tests, urine samples and other labs. “If we didn’t have that kind of consent form in place, we’d have to have you sign a consent [form] for every little thing we’re doing in your treatment process, and we’d never get anything done,” Bates said.

Informed consent, on the other hand, is a more time intensive procedure that requires a discussion between the provider and patient about a particular procedure or treatment, such as surgery or having radiation or chemotherapy to treat cancer. Bates said that informed consent is typically reserved for procedures “that have real risks.”

The current law was put into place when the spread of HIV and AIDS was rampant, and there was a stigma associated with the disease and few treatments available. All of these factors have led to a “significant barrier” to increasing the rate of HIV testing, Oxman said.

Noting that treatments available for HIV can stop its transmission, halt the disease from turning into AIDS, and allow people to live healthy lives for years, Bates said it was “time for our laws to catch up with our society and our values.”

To Sen. Jeff Kruse (R-Roseburg), Senate Bill 1507 begins to treat HIV “as it really is…another on a list of chronic, treatable, and communicable diseases. “It’s common sense,” he said. “Without this sort of measure, our ability to control the spread of such disease doesn’t really exist.”

The bill builds on a similar measure passed in 2005, which incorporated HIV testing into routine prenatal care for pregnant women.

Since 2006, the Centers for Disease Control (CDC) has recommended that states adopt policies that do not require informed consent in an effort to make HIV testing a routine medical procedure. Everyone between the ages of 13 to 64 should be tested in a healthcare setting unless they decline, according to the CDC.

Approximately 5,000 Oregonians live with HIV, and there are around 300 new infections each year, according to the Oregon Health Authority. Nationally, approximately 56,000 people become infected with HIV every year, and the CDC still considers the disease to be spreading at epidemic levels, and believes there are about one million people living with HIV in this country, yet only 25 percent know they have the disease.

A CDC study found that 65 percent of people who were tested for HIV only had the test after they came to the doctor’s office, emergency room, or other healthcare setting complaining of other illnesses.

That was the experience of Dr. Andrew Seaman, a third year internal medicine resident at Providence Portland, who helped write Senate Bill 1507. He told the Senate and House healthcare committees that he “had a string of patients presenting to my emergency department with findings of advanced AIDS” but who came to the emergency room complaining of other maladies, including lung infections.

According to Seaman, approximately 40 percent of Oregonians with HIV have a late stage of the disease when they are diagnosed, compared to the national average of 32 percent.

The only opposition came from the ACLU of Oregon, which argued that HIV testing should remain voluntary, through informed consent. Becky Straus, the organization’s legislator director, argued that having HIV testing “embedded in a general medical consent form,” would decrease a patient’s knowledge that the test may be performed.

“The reality is that many patients do not read, and many other patients attempt to read but do not fully understand, generic medical consent forms,” Straus said.

She argued that the stigma associated with HIV is still “an ongoing real problem,” and that HIV testing should continue to be distinct from other testing.

“A disease is a disease is a disease,” said Rep. Val Hoyle (D-Eugene), who added that she’s had a number of friends die from AIDS. “Treating this disease or how we test for how someone is HIV positive is saying that these people are actually different, that they should be segregated. I think what we need to do is treat this no differently than we would anything else.”

The Legislature’s unanimous passage of Senate Bill 1507 is a rare show of bipartisanship support this session.

Two important healthcare reform bills—Senate Bill 1580, which would allow the Oregon Health Authority to move forward with transforming the Oregon Health Plan’s delivery system, and House Bill 4164, which will allow Oregon’s health insurance exchange to proceed—are being held up by Republican legislators who insist that bills related to job creation be passed first.

It is about time! I am glad

It is about time! I am glad to see that Oregon has made such a dramatic and proactive approach to testing for HIV. Speaking from personal experience, identifying the infection in its most early stage allows for swifter treatment and will allow the patient to know their status, learn about the infection, learn how to protect others from transmitting the infection, and start a medical treatment that will keep them healthy and live a long and productive life. Nice Work!

How exactly is this not

How exactly is this not scary? The House D's should have understood that this can be ripe with abuse if the entire House R's supported it.

Nice to see something

Nice to see something removing the stigma of the disease. Of course, the test still has false positives. And there is another law which requires you to be reported to the state and county health departments. Does anyone else think it is a shame that a physician feels informed consent is a barrier? Do physicians know that much better than us they shouldn't even be burdened with having to explain the risks and benefits of a test, procedure or medication?