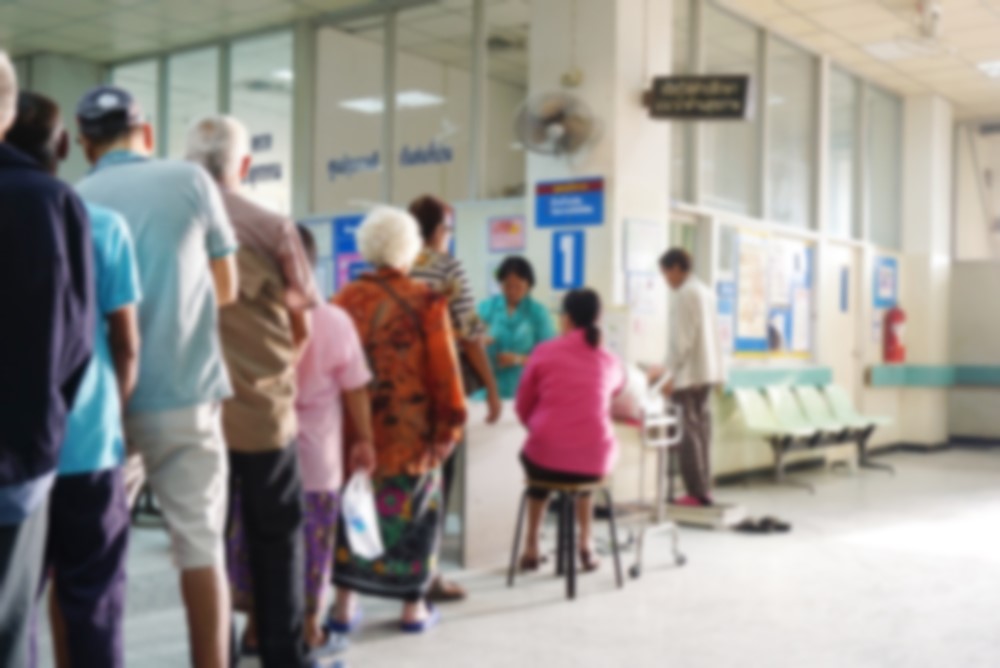 The 28-page report, released by the Oregon Health Authority Friday, looks at the implementation of a 2019 landmark state law that specifies how much Oregon’s nonprofit hospitals must dedicate to charity care and other community spending while making it easier for poor patients to get financial help.

In Oregon, 58 of 60 of its hospitals are nonprofit and are expected to provide free or discounted care as well as other community health spending in exchange for their tax-exempt status.

The report’s release follows renewed scrutiny of Oregon nonprofit hospitals’ handling of charity care in the wake of a lawsuit brought last year by Washington state Attorney General Bob Ferguson alleging Providence Health & Services targeted poor patients for debt collections despite their eligibility for charity care. Since the lawsuit was filed, The New York Times published an investigation finding that nonprofit hospitals pursued debts on poor patients, some in Oregon. The Oregon Department of Justice is investigating the allegations.

State Sen. Deb Patterson, a Salem Democrat who chairs the Senate Health Care Committee, told The Lund Report she was frustrated by the new state report’s finding that patients continue to face difficulty getting financial help despite the new requirements.

“I think there needs to be a little bit more enforcement and monitoring,” said Patterson, noting the report’s observation that the health authority is not responsible for enforcing or monitoring the new law’s implementation.

Patterson said she’ll hold a follow-up hearing after the Legislature convenes and may request that the Oregon secretary of state’s office audit hospitals’ compliance with the law.

While the report cited data showing Oregon has a relatively low rate of medical debt owned by collection agencies compared to the rest of the country, it found that Oregon’s communities of color are far more likely to be burdened by medical debt.

The new state report found that hospitals are complying with the complicated formula used to determine the minimum amount each spends on community benefits.

Community benefit spending includes charity care, community health programs, employee education and some research. As defined by the state, it also includes the difference between Medicaid’s low reimbursement rate and what hospitals consider to be the actual cost. However, hospitals are not allowed to count unreimbursed Medicare costs as community benefits.

Hospitals covered by the new law are required to provide financial help to patients with incomes up to 400% of the federal poverty level and post information about the assistance in their facilities. They’re also prohibited from sending patients to debt collectors without first informing them of charity care options.

The state set a combined minimum spending floor for the nonprofit hospitals of $1.38 billion  in 2022. In 2023, that figure will rise to $1.42 billion, according to the health authority’s website.

But, it said,“patients continue to experience challenges with accessing financial assistance and hospital billing practices remain an area of concern.”

The health authority Ombuds office, which serves as an in-house advocate for Medicaid-funded Oregon Health Plan recipients, received a total of 418 complaints of health providers illegally billing Medicaid recipients between 2019 and 2022, the report stated.

“A review of financial assistance applications forms indicates that most ask for asset information even though eligibility for financial assistance is based on income, not assets,” reads the report. “OHA continues to receive questions and reports of hospitals using assets in determining eligibility, despite state issued guidance that only household income may be considered.”

Additionally, the report drew from interviews with hospital staff, citing “evidence that not all hospitals are appropriately screening patients for eligibility for financial assistance or Medicaid” or complying with IRS requirements to wait for 120 days before seeking to collect on bills.

The report also references the report from SEIU Local 49 that found that hospitals had unjustifiably complicated and confusing charity systems.

The Oregon Association of Hospitals and Health Systems previously pushed back against SEIU’s research on charity care, calling it “a limited and incomplete picture of hospital financial assistance practices.”

Similarly, Providence has defended its practices, saying it has increased its efforts to ensure patients are aware of financial assistance and has highlighted its community benefits spending.

Neither responded to a request for comment on the the new health authority report.

SEIU Local 49 responded with a statement to The Lund Report that the union was pleased that the report “acknowledged serious issues with how hospitals have implemented the financial assistance portions of the law.” The statement referenced the union’s previous research that found evidence that hospitals were obscuring the availability of financial assistance, adding “These actions can have an immediate and often devastating impact on patients’ lives.”

The state report also included descriptions of hospitals’ difficulties in complying with the new community benefit requirements. One hospital system spent an average of $7,000 a month on mailing financial assistance applications and received less than 1% back.

“Rural hospitals have noted that there are disproportionate financial assistance burdens placed on them due to predominately serving low- income areas,” reads the report.

The report found that eight of 10 Oregon’s hospitals with the highest charity care rates are in rural areas. One rural hospital had over 100 patients that used financial aid rather than enrolling in a plan on the state health insurance marketplace, where individuals can buy subsidized coverage.

Jan 5 2023
News source:
The Lund Report
×
This article is for premium subscribers. If you are one, please sign in below.
You can see two more premium stories for free. To subscribe, click here. We depend on premium subscriptions to survive, and they are tax deductible.
Sign InGo Premium Not now