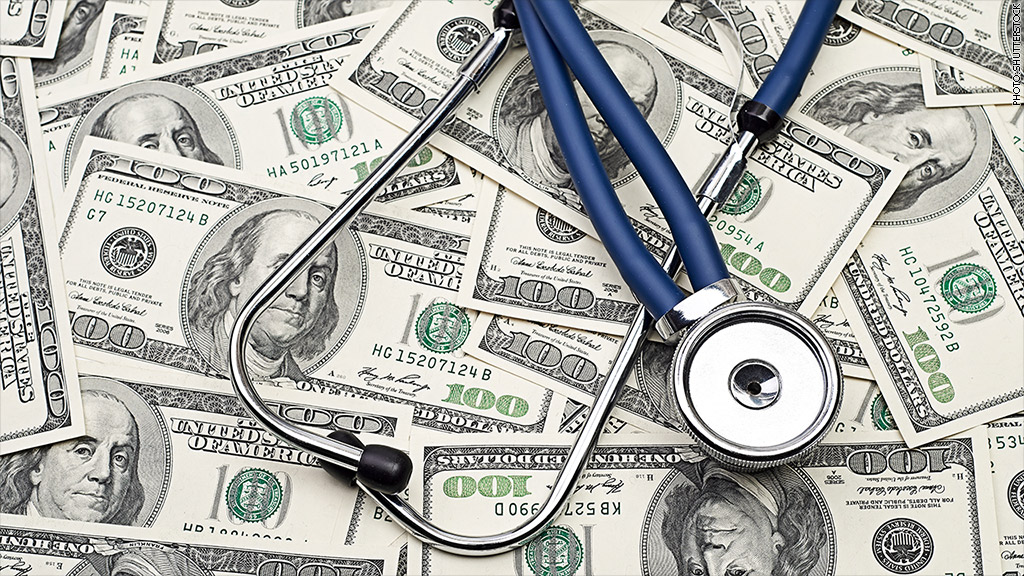 But the strain has been offset by growth in insurers’ sizable stock and bond investment portfolios, third-quarter filings with the National Association of Insurance Commissioners show.

But the big trend for the year was the upswing in Oregonians’ use of hospitals and other medical services, following reduced usage under the pandemic-driven restrictions imposed in 2020.

For all of 2019 — the year before the pandemic — PacificSource reported a profit of $25 million. That ballooned to a profit of $57 million for all of 2020 as member usage of health care services dropped.

“Higher utilization in 2021 includes pent up consumer demand relating to services that were deferred in 2020 due to the COVID-19 lockdown,” PacificSource spokesperson Lee Dawson said. “The pandemic has also led to high outpatient utilization across a range of services including behavioral health.”

Here’s a look at the financial filings of the insurers for the Oregon market for individual and group policies. These insurers collectively cover more than 1.5 million Oregonians. The numbers don’t include members of the Medicaid-funded Oregon Health Plan. 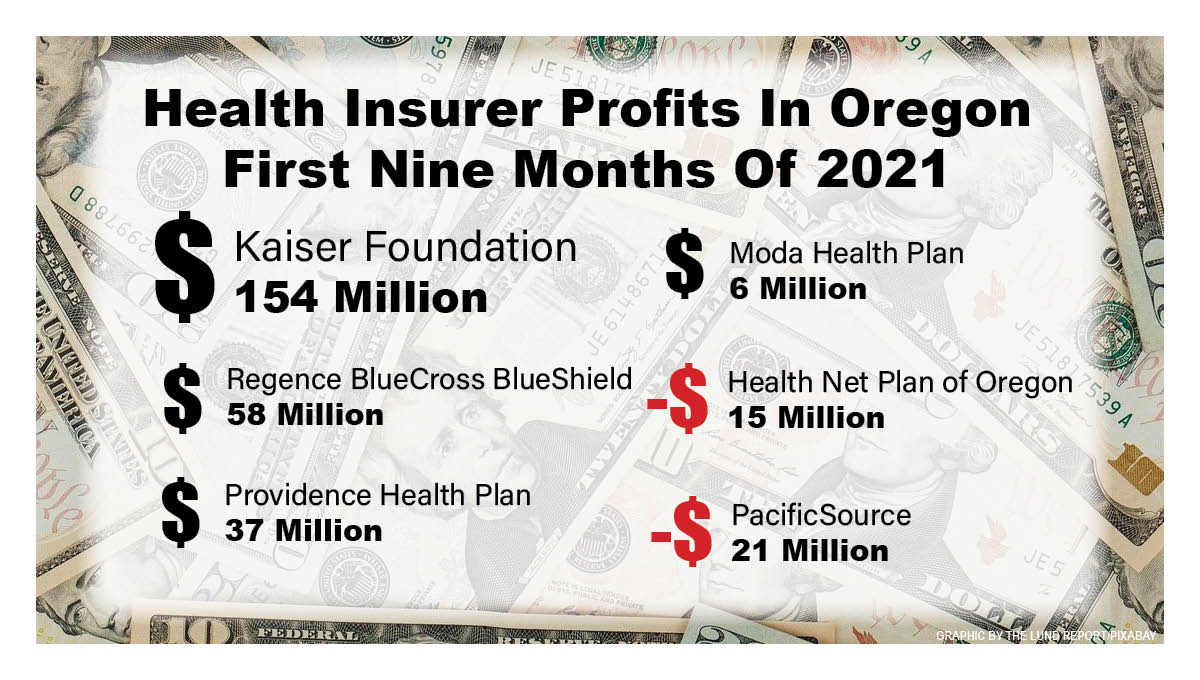 The Kaiser Foundation Health Plan of the Northwest — California-based Kaiser Permanente’s health insurance arm in Oregon — is the state’s largest commercial insurer in terms of membership, the filings show.

“The decrease in operating income compared to last year is due primarily to a significant increase in utilization and acuity related to deferred care and COVID related expenses in 2021,” Kaiser spokesperson Michael Foley said.

But the high 2020 profit level was a pandemic-driven anomaly. Total profits the year before were $113 million.

Regence’s costs for hospitals and other health services rose to $1.65 billion for the first nine months of this year, up from $1.3 billion for the same period last year.

Profits dropped to $58 million so far this year, from $103 million for the same period last year.

But, as with other insurers, last year’s high profits were unusual. In 2019, Regence reported $60 million in profits for the whole year.

“Levels of care have returned to near pre-pandemic levels during the latter portion of 2021; however, given that the future impact of the pandemic is still uncertain, it’s hard to predict where they will go in future months. COVID costs have continued to grow as the pandemic continues, and COVID costs are higher than 2020,” Regence  spokesperson Jared Ishkanian said.

“As a nonprofit health insurer, we aim for consistent investment returns through a conservative mix of stocks and bonds,” Ishkanian said.

Ishkanian noted that Regence serves people in other categories than those listed in the new filings: It has 601,000 full-service members in individual, commercial, Medicare and self-funded systems, he said, and it also services members who live in Oregon but are insured by an out-of-state Blue health plan.

Like most of the other Oregon insurers, PacificSource saw its net worth and investments swell this year, despite an operating loss due to increased hospital and provider expenses.

PacificSource’s membership topped 251,000 at the end of the third quarter, up from 245,000 at the end of last year, and up from 162,000 in 2016. Membership has grown every year since 2016, except for a small dip from 2019 to 2020. PacificSource didn’t respond to a question about what membership level it is aiming for, except to say: “Membership growth is an important element in allowing PacificSource to achieve its goal of providing better health, better care, and better cost to the people and communities we serve,” Dawson said.

Providence Health Plan, the Oregon market health insurance plan of Seattle-based Providence St. Joseph Health, saw its membership continue to erode in 2021, but it managed a profit for the first three quarters. It had operating profit of $37 million for the period, down from $46 million for the same period a year earlier.

Providence’s hospital and other medical expenses were up steeply, at $749 million, for the year to date, compared to $680 million for the same period a year earlier.

Providence’s membership has sagged over the last few years. In 2016 the plan had 272,000 members, but each year since the numbers have dropped.

“Consistent with the rest of the industry, Providence Health Plan experienced higher benefit utilization in 2021 as members scheduled and received procedures that were delayed in 2020 due to the COVID-19 pandemic. In addition, Providence entered into a new reinsurance arrangement that has increased hospital and medical expense along with revenue,” Providence spokesperson Gary Walker said.

The plan is looking to bolster membership, he said.

“We are seeing a return to normal membership levels in recent months. We look forward to offering our insurance which includes a 5-star Medicare Advantage Plan, a highly rated individual insurance plan, and competitively priced commercial market insurance plans this year and in the future,” he said.

Portland-based Moda Health Plan eked out a $6 million profit for the first three quarters. That’s down from a whopping $251 million profit in the same period last year. But almost all of that — $249 million — was from a legal settlement from the federal government. Moda used the majority of that payment to buy back the 49.5% stake in itself that it had sold to a California dental insurer in 2019.

Medical and hospital expenses for Moda were down sharply for the first three quarters of the year, to $381 million from $411 for the same period in 2020.

Health Net Plan of Oregon, a branch of Missouri-based health insurance giant Centene Corp., saw a loss for the first nine months of the year and the continued erosion of its membership.

CORRECTION: An earlier version of this story contained a graphic that misstated PacficSource's profits for the first three quarters of 2021.

Dec 2 2021
News source:
The Lund Report
Keywords:
insurers, profits, covid
×
This article is for premium subscribers. If you are one, please sign in below.
You can see two more premium stories for free. To subscribe, click here. We depend on premium subscriptions to survive, and they are tax deductible.
Sign InGo Premium Not now