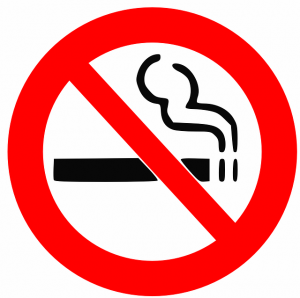 The event specifically celebrated Oregonians' decision in 1996 to pass a ballot measure that increased the price of tobacco and dedicated a portion of tobacco tax sales revenue to prevention efforts.

These public health initiatives, backed by Oregon voters, aim to keep kids and young people from starting to use tobacco, and to helping tobacco users quit. Since 1997, per capita cigarette pack sales have declined by more than 55 percent.

Governor Brown thanked legislative champions and partners for their hard work over the years to keep Oregonians, particularly youth and young adults, safe from the harms of tobacco. She also presented an award to Oregon high school students who are members of Rebels for a Cause, a student led group from Washington County, for their work to raise awareness about the dangers of tobacco to Oregon youth. The award, a Douglas Fir tree to be planted at their high school, symbolizes every Oregonian's right to breathe clean air free from dangerous tobacco smoke.

"I'm so thrilled to be here today to celebrate 20 years of tobacco prevention in Oregon," Governor Kate Brown said. "TPEP has supported critical community-driven programs that have helped build healthier communities across the state. These programs are proof that when we work together, we can find solutions to create a healthier, more prosperous Oregon."

Oregon has been a longtime leader in tobacco prevention. In 1998, Oregon launched the Tobacco Quit Line, the first state to offer over-the-phone help to tobacco users who want to quit, and in 2007, the state passed the ICAA, a smokefree workplace law that included bars, taverns, restaurants, bingo halls and bowling centers. In more recent years, Oregon state parks became smokefree in 2014, and just this spring, Lane County passed Tobacco 21, increasing the legal age to purchase tobacco products to 21.

"Big tobacco companies continue to target our kids and minority groups through aggressive marketing tactics, including flavored products and colorful packaging," said Paula Jacobs, instructor with Beaverton School District Health Careers Program and advisor to Rebels for a Cause, a group of 65 high school students focused on youth tobacco prevention in Washington County. "We must work together to keep our kids and communities safe from the dangers of tobacco."

"We've come a long way in twenty years, but there's still work to be done," said Oregon Health Authority Director Lynne Saxton. "Tobacco is still the number one preventable cause of death and disease in Oregon, responsible for more than 7,000 deaths each year."