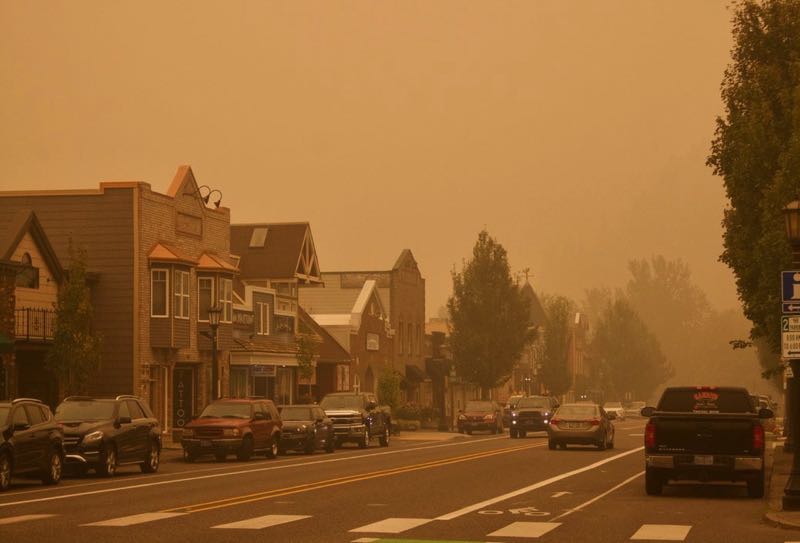 Gov. Kate Brown has declared a state of emergency for most of Oregon through the end of July as a heatwave continues to pummel the state.

The current heatwave isn’t as bad as last year’s record-breaking June heat dome, when Salem hit 117 degrees and Portland reached 116. But most of the state still faces highs in the high 90s or 100s through the weekend, and hot temperatures will persist overnight.

“With many parts of Oregon facing a high heat wave, it is critical that every level of government has the resources they need to help keep Oregonians safe and healthy,” Brown said in a statement Tuesday. “I encourage everyone to take proactive steps to keep themselves and their families safe, including drinking plenty of fluids, taking advantage of cooling centers, and checking in on neighbors, friends, and loved ones.”

The only counties excluded are along the coast or in southeast Oregon. National Weather Service forecast offices in Portland, Medford and Boise are still warning of heat advisories in those counties, but they haven’t risen to the level of “excessive heat warnings” across the rest of the state.

The order directs the Oregon Office of Emergency Management to coordinate the state’s response to the heat wave. It also authorizes state agencies including the Oregon National Guard, Human Services Department, State Police, Oregon Health Authority, Transportation Department and Public Utility Commission to do anything necessary to help local and tribal governments manage the heatwave and protect lives and the environment.

More than 100 people died because of Oregon’s 2021 heat wave, though the actual number is likely much higher. People, especially those who live outside or lack air-conditioning, died of heat stroke, but many more people also died of other conditions that week than typically would. Extreme heat can cause deaths from heart attacks, strokes and other forms of cardiovascular disease.

Sustained heat can also damage roads, bridges and railroad tracks, and the increased demand for electricity from air-conditioning use can result in power outages.

Oregonians without air conditioning can find cooling centers online, by calling 211 at any time or by texting 898211 or emailing [email protected] between 9 a.m. and 5 p.m. Monday through Friday. Public libraries, community centers or indoor malls are open during the day.

People should drink more water than usual, wear loose, lightweight clothing and stay out of the sun as much as possible. Taking cool showers or applying damp cloths can help, as does avoiding cooking.

People without air conditioning can also cover doors and windows during the day and use fans to draw cooler air in during the night and early morning. An Oregon State University study showed that doing so, along with opening windows if possible at night, significantly cooled down spaces.

Brown asked all Oregonians to check in on family, friends and neighbors who may be vulnerable to extreme heat.