Oregon Gasping As It Nears Pinnacle Of Omicron Wave

By:
Gary A. Warner of Portland Tribune 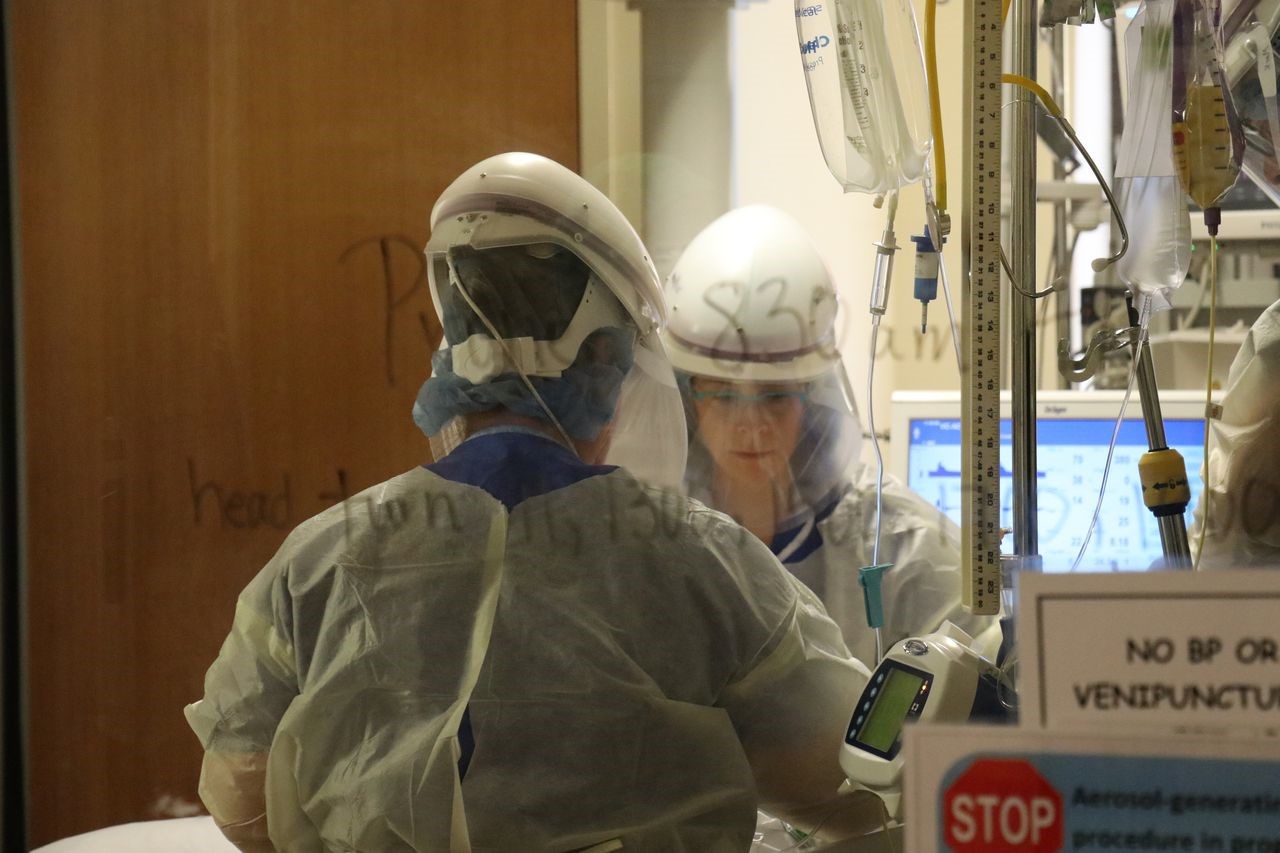 Oregon on Thursday, Jan. 13, had the unhappy distinction of having the fastest rising rate of new COVID-19 infections of all 50 states, new data showed.

The sixth and biggest wave of the two-year COVID-19 pandemic has at least two more weeks to go before infections crest.

“The omicron variant continues to tighten its grip on Oregon,” said Pat Allen, director of the Oregon Health Authority, during a Thursday press call.

Oregon posted a worst-in-the-nation 486% rise in infections over the past two weeks, an analysis of national and state health records by the New York Times reported Thursday.

Allen and officials from state health, education, social services and other agencies said the worst was still to come.

Oregon reported 777 patients who tested positive for COVID-19 were in state hospitals Thursday, up 21 from the day before. Oregon has less than 6% of its intensive care unit beds available.

Colt Gill, director of the Oregon Department of Education, said keeping children in school remains the state’s top goal. It also would like to have extracurricular activities like sports whenever possible.

But Gill said local school officials will be the best barometer on how much pressure is weighing on maintaining classroom instruction.

“The current situation is pushing a stressed system to its limits,” Gill said.

Whether that was attainable was up to each district and health authorities. As more teachers get ill and too many students are absent because of positive tests, districts throughout Oregon are reverting, in the short term, back to distance learning.

The Oregon Health Authority said 1,200 National Guard members would be sent to hospitals around the state to aid with non-medical support duties. The agency hopes to hire 600 out-of-state contract nurses to fill gaps at hospitals strapped by staff illness or fatigue.

Oregon still hopes to get six million COVID-19 “fast test” test kits. Each comes with two tests that can show a positive or negative result in 15 minutes.

No matter how many arrive, the mass contagion of omicron likely will outstrip supply.

“We are prioritizing the six million we’ve purchased for organizations serving people who are most exposed or most vulnerable to COVID-19, or people who have less access to a test,” Allen said.

The U.S. Centers for Disease Control and Prevention is asking people who either have no symptoms or are experiencing mild illness to act as if they are infected and stay isolated for five days. That would leave the tests available for acute cases or front-line workers.

Despite the firehose of dark numbers and percentages on Thursday, there were signs that the peak of the ordeal is near.

Despite its top spot in growth of new infections, Oregon ranks just 24th for the rise in the hospitalization rate for COVID-19, with a rise of just 62%.

“Those numbers tell me that masks work,” Allen said. “We’re able to minimize our negative outcomes because we have a relatively high vaccination rate, a relatively high booster rate and one of the highest rates for mask usage in the country.”

The Institute for Health Metrics & Evaluation, a top pandemic forecasting group at the University of Washington, says public health agencies are finding less than 20% of actual new cases.

The institute’s primary forecast says the omicron wave already has peaked nationwide, with their model projected 6.2 million cases per day on Jan. 6.

Infections peaked on Jan. 6. at 6.2 million. The count of cases reported by authorities on Thursday was just under 800,000.

The institute projects hospitalizations nationwide will top out on Jan. 25 at 273,000. The reported level on Thursday was 145,505.

A new forecast released late Thursday by Oregon Health & Science University showed the omicron wave was shaping public behavior, with the percentage of people who were wearing masks going up, while social gatherings, going to restaurants, indoor events and travel were declining.

The OHSU report said it believed reported hospitalizations in Oregon would hit a peak at 1,650 on Jan. 26, one day earlier than last week. Hospitalizations would fall to below 100 by March 13.

But OHSU presented two alternative timelines depending on how well the public sticks to its current patterns of lowered risk-taking: The most optimistic version would have the wave crest earlier and lower, with 1,159 hospitalizations on or about Jan. 23, with hospital daily counts falling under 100 just before Feb. 27.

But if the public loses its fear of omicron and grows fatigued by steps necessary to keep contagion lower, the peak could hit 2,133 daily hospitalizations on Jan. 28 and not dip below 100 until March 6.

The omicron variant has flipped expectations. It’s extraordinarily contagious, leading to the skyrocketing number of cases.

Each individual case is likely to be less severe, especially for those vaccinated and who have received a booster shot. About one-third of new infections have been in vaccinated people. But among that group who test positive, about 5% need hospital care and about 1% die, with the average age of fatalities 81.

The hospitals and morgues are populated primarily by those who are not vaccinated or had no booster shot.

Though each case is likely to be less severe, the sheer crush of omicron infections is driving hospitalizations beyond previous high points set during early waves.

The Oregon Health Authority weekly report issued Wednesday grasped for extreme adjectives to describe the state’s situation. Omicron had created a “a record-smashing total of daily cases, surging hospitalizations, a sharp rise in deaths and a staggering percent positivity.”

While the Institute for Health Metrics & Evaluation projects higher total numbers of people needing hospitalization at the peak of the wave than OHSU, projections are just guesses informed by statistics and trends.

Dr. Dean Sidelinger, the state’s top epidemiologist, said Oregon officials looked at all the possibilities, then err toward the worse case scenario.

The best course was to plan for the worst case scenario and be grateful if the numbers come in lower or sooner than they could have been.

“We’d rather be overprepared than underprepared,” Sidelinger said.

According to Johns Hopkins University, as of Thursday, is has been 744 days since the first COVID-19 infections were reported in Wuhan, China, on Dec. 31, 2019.

Jan 18 2022
News source:
Portland Tribune
Keywords:
covid, omicron
×
This article is for premium subscribers. If you are one, please sign in below.
You can see two more premium stories for free. To subscribe, click here. We depend on premium subscriptions to survive, and they are tax deductible.
Sign InGo Premium Not now