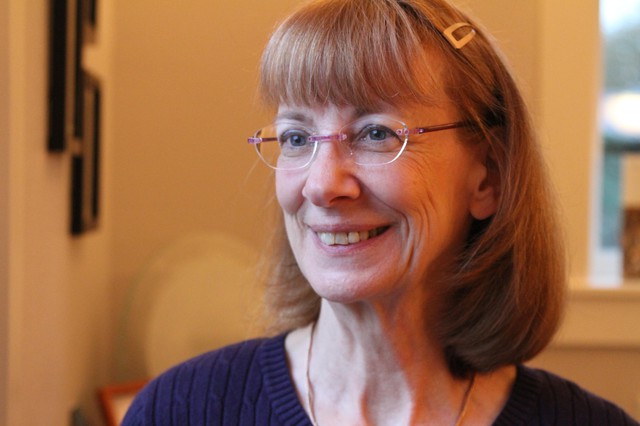 A doctor and a patient from Oregon have testified in Washington, D.C., in support of Food and Drug Administration approval of a new drug for people suffering from thyroid eye disease.

The drug teprotumumab, recently went through Phase 2 and 3 clinical trials at the Casey Eye Institute at Oregon Health & Science University.

Judy Bachman was one of the patients who participated in the trial. She recalled her symptoms started in 2015, when her energy levels plummeted.

“I felt like I was getting over a major bout of the flu,” she said.

Doctors said her thyroid was acting up. Then she started getting double vision.

“I stopped reading because I couldn’t track the sentence on a page very well,” the retired Portland school librarian said. “I couldn’t ride my bike because going at the speeds we would go, I couldn’t really focus on where the road was.”

“I kind of avoided looking at people or looking away so that people couldn’t see me. I just kind of felt like an oddball in the room that everybody would stare at,” Buchman said.

Bachman’s doctor referred her to a clinical trial of the drug teprotumamb  at the Casey Eye Institute, developed by the drug company Roche. It had previously been tested as a cancer treatment. 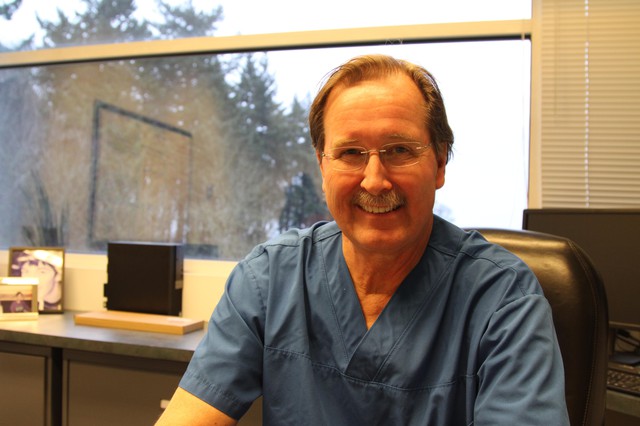 Because only 75,000 Americans are thought to suffer from thyroid eye disease, the FDA fast-tracked the approval process of the drug. It’s in what’s known as orphan status, which means the disease is so rare, the drug wouldn’t be profitable to develop without government assistance.

Dr. Dailey, who’s also a consultant for the manufacturer, thinks the drug is revolutionary because up to now there’s been no cure.

“The reaction to the drug is quick. Within six weeks a large number of these people, over 50 percent have responded pretty dramatically. And in a way that I’d never seen in the previous 25, 30 years,” Dailey said.

To date, the only treatments for thyroid eye disease have been radiation, surgery or steroids. Dailey said he doesn’t know how much the drug would cost if it’s approved, but radiation and surgery are also expensive.

“It is painstakingly long and expensive to develop these drugs,” he said.

Judy Bachman said she was involved in a double-blind trial, so she didn’t know whether she was getting the drug. But she got an inkling.

“I noticed towards the end of the infusions, after several months, that my eyes were not protruding as much as they were, and my vision was clearing up and I could track things a lot easier,” said Bachman.

She said she felt some side effects, like getting nauseous after her injections and having some of her hair fall out. Other side effects identified by the trial include muscle cramps, temporary hearing problems, high blood sugar levels and diarrhea.

On Friday, Bachman and Dailey testified in front of the Dermatologic and Ophthalmic Drugs Advisory Committee. The FDA should make a decision by March. Bachman hopes it’s approved.

“It’s something that affects so many people,” said Bachman.

“And I would hate to think that I was going to have to go through the rest of my life looking like I did. It was not a pleasant sight.”