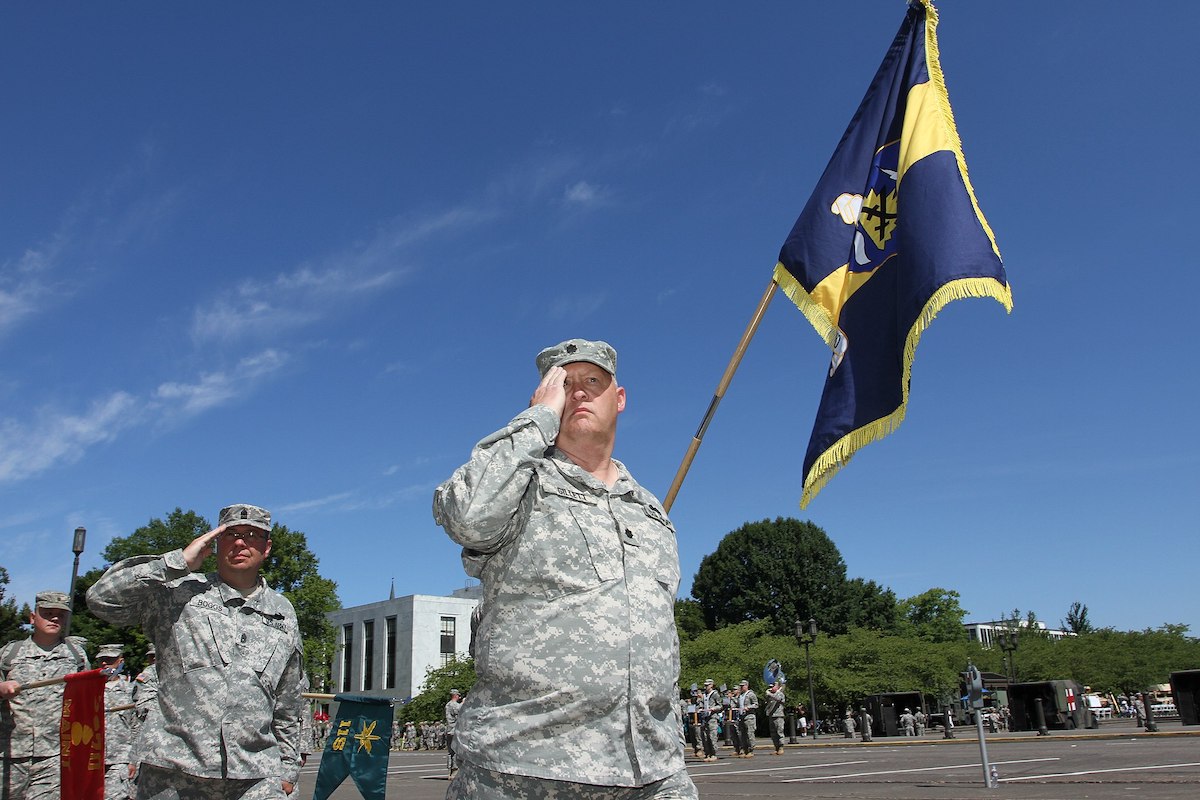 In less than a week, Gov. Kate Brown has more than doubled the number of Oregon National Guard members being deployed to Oregon hospitals.

“Our hospitals are under extreme pressure,” Brown said in a tweet on Wednesday. “Fueled by the omicron variant, current hospitalizations are over 700 and daily Covid-19 case counts are alarmingly high.”

She said in the tweet she was adding 700 National Guard members to the 500 mobilized last Friday.

Brown decided to increase the deployment following an update from the Oregon Health Authority and the Oregon Military Department, Elizabeth Merah, Brown’s press secretary, said in an email.

“Since the governor’s announcement that there would be an initial deployment of up to 500 Oregon National Guard members, the Oregon Health Authority and Oregon Military Department have been working with the hospital systems to monitor ongoing need and determine additional deployments as necessary,” Merah wrote. “Through this collaboration, it became clear that additional support was necessary.”

Officials at the Oregon Health Authority didn’t respond to a request for comment by Wednesday late afternoon.

Hospitalizations have skyrocketed since the beginning of the year. On Jan. 3, 498 people with Covid-19 were hospitalized in Oregon. That number jumped to 756 on Wednesday, a 50% increase in just over a week. The tally of patients with Covid-19 in intensive care jumped from 104 on Jan. 3 to 146 on Wednesday, a rise of 40%.  In northwestern Oregon, only 2% of regular adult beds are available, and in western Oregon from Benton, Lincoln, Linn, Marion, Polk and Yamhill counties to the California border, only 3% of intensive care beds are free.

The 1,200 soldiers will be deployed in Oregon hospitals by the end of the month, according to Ursulla Bischoff, chief of civic engagement with the Oregon Military Department.

The peak in the current surge of omicron cases is expected by Jan. 27, based on the latest forecast by Peter Graven at Oregon Health & Science University. He predicted that more than 1,600 patients with Covid will need a hospital bed then. That compares with the peak in hospitalizations during the delta surge this summer: They topped 1,200 in early September, causing some hospitals to run out of beds on certain days.

The deployment will include just over 50 hospitals around the state, from Asante Ashland Community Hospital in Ashland to Curry General Hospital in Gold Beach and Good Shepherd Health Care System in Hermiston to Blue Mountain Hospital in John Day. The deployment includes just over 15 hospitals in Portland. The first 500 guard members will be on the job by next Tuesday, Bischoff said.

Most of the soldiers are volunteers and include members of both the Oregon Air Guard and Army Guard. Some also were part of the mobilization last year of 1,500 soldiers.

Though the hospitals themselves didn’t ask for the help, they welcomed it.

“We’re incredibly grateful,” David Northfield, a spokesman for the Oregon Association of Hospitals and Health Systems, told the Capital Chronicle. “The number of hospitalizations are not what they were yet for the peak of the delta surge but they’re creeping up and we’re still in the midst of a severe staffing shortage.”

Besides the shortage, Oregon hospitals are still strapped with patients ready for discharge who have no place to go because there isn’t enough staff in long-term care facilities and skilled nursing homes.

The Oregon Health Authority said last week it was hiring 1,000 critical care staff to help nursing teams around the state. The soldiers will be filling administrative, cleaning, transport and logistical roles, just as they did last year when they were called up to help with vaccinations and then worked in hospitals between August through December.

“The guard provided really important support,” Northfield said. “They were changing beds, they were working in food service, they were checking people in – they were doing things that clinical people had to be doing because of the staffing shortage. When they showed up, it freed them up to return to the clinical work that they’re trained to do.”