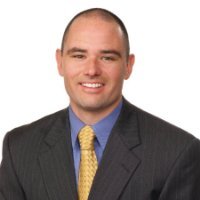 The Oregon Dental Association plans to continue to provide charitable dental care and oral health educational programs – and is urging state officials to hire a state director of dental health, according to the association's new director.

Conor McNulty took the reins of the Oregon Dental Association in February, after spending nine years in a similar role with the California Dental Association, the nation's largest dental association, where he held a number of leadership roles, most recently director of membership programs.

McNulty was born and raised in northeast Portland, and left to attend the University of San Francisco, where he earned a bachelor's degree in marketing and played soccer. He started his career in sales and marketing, and then moved toward association management, holding various positions at CDA and receiving a Certified Association Executive (CAE) designation from the American Society of Association Executives (ASAE) in 2013.

He's spent his first few weeks on the job meeting with leaders in the organization to get up to speed on Oregon's dental system, and preparing for the ODA’s annual conference, which takes place April 3-5 at the Oregon Convention Center. (http://www.oregondental.org/i4a/pages/index.cfm?pageid=4063). This year's conference will feature a keynote speech by therapist and motivational speaker Sean Stephenson on how to minimize stress and self-sabotaging behavior. The conference will also include continuing education sessions on record keeping, endodontics, oral cancer detection and periodontal care – as well as more general topics, such as office morale and self-care for providers.

“It's a very active quarter,” McNulty said about his first few months. “I've been trying to take advantage of all our time with all our leaders and our members.”

On the advocacy side, McNulty said one of the organization's major priorities is to create a state dental health director position, to ensure dental health is better integrated into the healthcare system – and to plan and coordinate oral health delivery. “Having a state director who is a licensed dentist would be very advantageous.”
The association is also planning to continue its Mission of Mercy Program (http://www.oregondental.org/i4a/pages/index.cfm?pageid=3766), an annual charitable care event that started in 2010. This year's event will take place in July at Chemeketa Community College in Salem and provide no-charge dental services on a first-come, first-served basis to people who lack dental coverage. Last year 1,775 people received more than $1.1 million in dental care at this event.

“I'm still new enough that there are many things I don't know. I'm looking forward to, in the months and months and years ahead here, working with a great group of leaders and staff members,” McNulty said.

The Oregon Dental Association was established in 1893 and is a voluntary membership organization comprised of 17 local dental societies throughout the state. McNulty oversees an eight-member staff at the ODA offices in Wilsonville. Before taking over the position, Sean Benson, DDS, was the interim executive director while its board of trustees searched for a permanent executive director. William Zepp, who had been the organization’s executive director, retired in 2013, after a 14-year career.