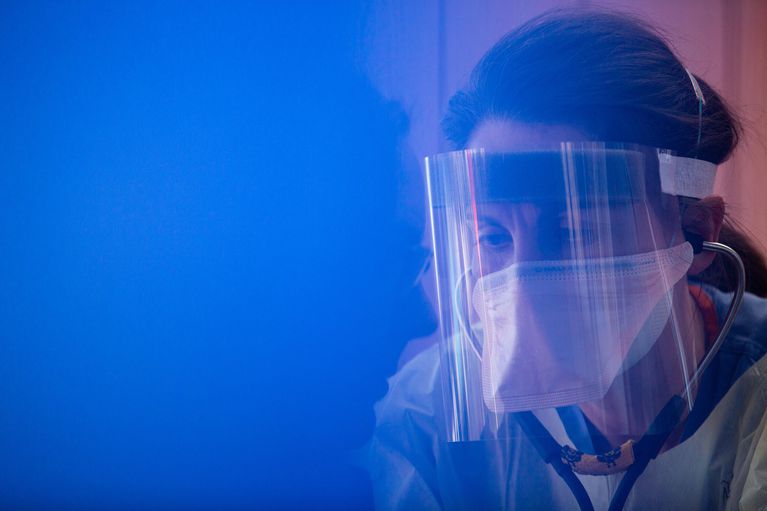 Senate Bill 780 would protect hospitals and others from being sued for “acts or omissions” made because of emergency rules set by the government.

A bill that gives legal cover to hospitals and other health-care providers who are sued after following COVID-19 emergency orders is progressing in the Oregon Legislature.

The state Senate on Friday approved Senate Bill 780 by a 21-1 vote, moving the measure onto the House of Representatives.

If passed, the bill would protect health-care providers from civil lawsuits if they can show an “act or omission” alleged in the suit was the result of following provisions set by the state or federal government due to COVID-19. Those protections would not extend to instances of gross negligence, discrimination, reckless or intentional misconduct, or several other situations.

“What we want to do is to give those health-care providers ... an opportunity to present to the court that they should be released from a lawsuit when they do in fact show that they did follow the guidelines,” said Sen. Floyd Prozanski, D-Eugene, who carried the bill on the Senate floor.

In the works since last summer, SB 780 is meant to ensure that health-care providers can’t be sued for things such as cancelling nonessential procedures, which was ordered by Gov. Kate Brown early in the pandemic. Providers could still be held liable if a patient was placed in danger of “irreversible harm” because a procedure was delayed.

“Many health care providers had to alter their normal standard of care for reasons that are outside of their control — including the Governor’s Executive Orders banning non-emergency care,” a large group of healthcare providers wrote in testimony supporting the bill.

Lawmakers first considered liability protections for health-care providers in a special session in December, but wound up punting on the concept because of concerns raised by organized labor groups. They worried health workers were not adequately protected from retaliation if they reported their employers were flouting safety rules. Those concerns were addressed in the current bill.

Related: Why Is COVID-19's death toll so high for people with some disabilities?

But SB 780 still has detractors. The group Disability Rights Oregon worries that hospitals could be let off the hook for providing substandard care, and that patients will be left with no ability to seek redress.

“This policy framework wrongly assumes that all statements, guidance, and policy statements have been lawful, good policy, and free from bias against people with disabilities, people of color, and older adults,” Disability Rights Oregon wrote in testimony opposing the bill.