Oregon Could Reduce Uninsured by 51 Percent Under Medicaid Expansion

Within the context of the Affordable Care Act, a new analysis simulates the effects of expanding Medicaid eligibility on cost, enrollment and uninsured numbers. Findings show that a Medicaid expansion in Oregon would cut uninsured numbers by half, increase enrollees more than six-fold, and raise spending, though relatively modestly.
By:
Kyna Rubin

November 28, 2012 -- Just as Oregon and other states are weighing whether to expand Medicaid, a step made optional by the Supreme Court’s June 2012 ruling on the Affordable Care Act (ACA), findings from a new study detailing Medicaid expansion impacts on states may help inform their choices. 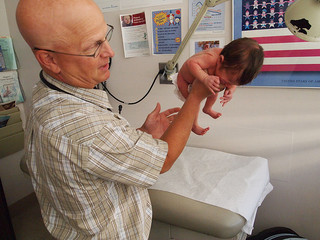 In Oregon, according to the study—released by the Kaiser Family Foundation on Nov. 26 and carried out by Urban Institute researchers—if the state opts to expand Medicaid the ACA will cut the number of uninsured Oregonians by more than 51 percent. This figure is greater than the 47.6 percent reduction in uninsured that the nation as a whole would see if all states expand Medicaid.

The ACA, with Medicaid expansion to cover adults at 138 percent of the federal poverty level (the floor set by the ACA and the expansion level researchers used), would constitute “a major impact on Oregon’s insurance coverage,” said one of the study authors, Matthew Buettgens.

If Oregon were to turn its back on expansion, the drop in uninsured Oregonians would be less dramatic, only 23.6 percent.

The report’s simulations also estimate effects on program enrollment and costs. A Medicaid expansion in Oregon would lead to a substantial increase in program enrollment, according to Buettgens: Oregon would see 471,000 new enrollees with the expansion, and 71,000 without it. The state rolled back much of its earlier expansion of Medicaid eligibility because of costs, noted Buettgens, adding that under the ACA, Oregon would bear a much lower share of costs than it did under the earlier expansion.

Covering 400,000 more people under Medicaid will mean higher costs for Oregon, especially after 2016, when the state will start paying part of the costs for covering individuals newly eligible under the expansion, said Buettgens.

From 2013 to 2022, the study finds, Oregon’s Medicaid spending would be 2.3 percent higher with the expansion than without it, or an extra $506 million. However, those figures drop to 1 percent and $226 million, respectively, once estimated savings on uncompensated care provided to the uninsured are taken into account. Those savings would offset more than half the additional Medicaid spending. Other potential savings would further cut the new spending resulting from the coverage expansion.

Looking nationwide, the report projects that states opting to enlarge Medicaid eligibility to cover adults at 138 percent of the federal poverty level, the floor set by the ACA, would encounter modest cost increases between 2013 and 2022 while receiving significantly higher amounts in federal funds. Some states would actually experience net savings.

If all states expand Medicaid, over the next ten years they will collectively spend an extra $8 billion or 0.3 percent more than they would spend without the expansion. The increased cost would go toward covering newly eligible adults as well as currently eligible but not yet enrolled individuals. The bulk of the cost hike would be borne by the federal government, which would spend $800 billion more than it would if no states go for Medicaid expansion.

Once an estimated $18 billion in state and local savings on uncompensated care is factored into the equation, however, a Medicaid expansion across states would save them a total of $10 billion between now and 2022, according to the study.

“The economics are strongly in favor of adopting the expansions,” said lead researcher John Holahan during a phone press briefing.

“While some states will see net savings, others will need to weigh the trade-offs between small increases in state spending in return for large gains in coverage supported by mostly federal dollars,” said Diane Rowland, executive vice president of the Kaiser Family Foundation and executive director of the Kaiser Commission on Medicaid and the Uninsured.

The variance across regions—New England and Mid-Atlantic states would generally see lower spending increases, southern states larger—depends on factors such as the generosity of a state’s current coverage standard and the extent to which currently eligible individuals are already enrolled in Medicaid. States with low coverage standards could see the largest cost raises, required in order to close the coverage gap.

Under the ACA, even states that choose not to expand Medicaid coverage will face higher Medicaid enrollment and spending, according to the report. Why? ACA provisions that require states to simplify eligibility and the enrollment process will likely result in greater program participation among those currently eligible but not yet enrolled, including children and some adults.

“States will be surprised that the increase in costs will come from things they must do under the ACA. The increase in cost from expanding Medicaid is a very small proportion,” said Alan Weil, executive director of the National Academy for State Health Policy. Weil also underscored that the human dimension—the goal of covering more uninsured—should be part of the discussion beyond the fiscal numbers.

To that end, not only will Medicaid expansion have a relatively modest fiscal impact on most state budgets, the report finds, but importantly, nationwide expansion of Medicaid would significantly benefit uninsured Americans. If all states chose to expand Medicaid, by 2022 the nation would see a 48 percent drop in the number of uninsured, compared to a dip of 28 percent if no states broaden the program.

For the full report, “The Cost and Coverage Implications of the ACA Medicaid Expansion: National and State-by-State Analysis,” click here.

Image for this story by mjmonty (CC BY 2.0) via Flickr.