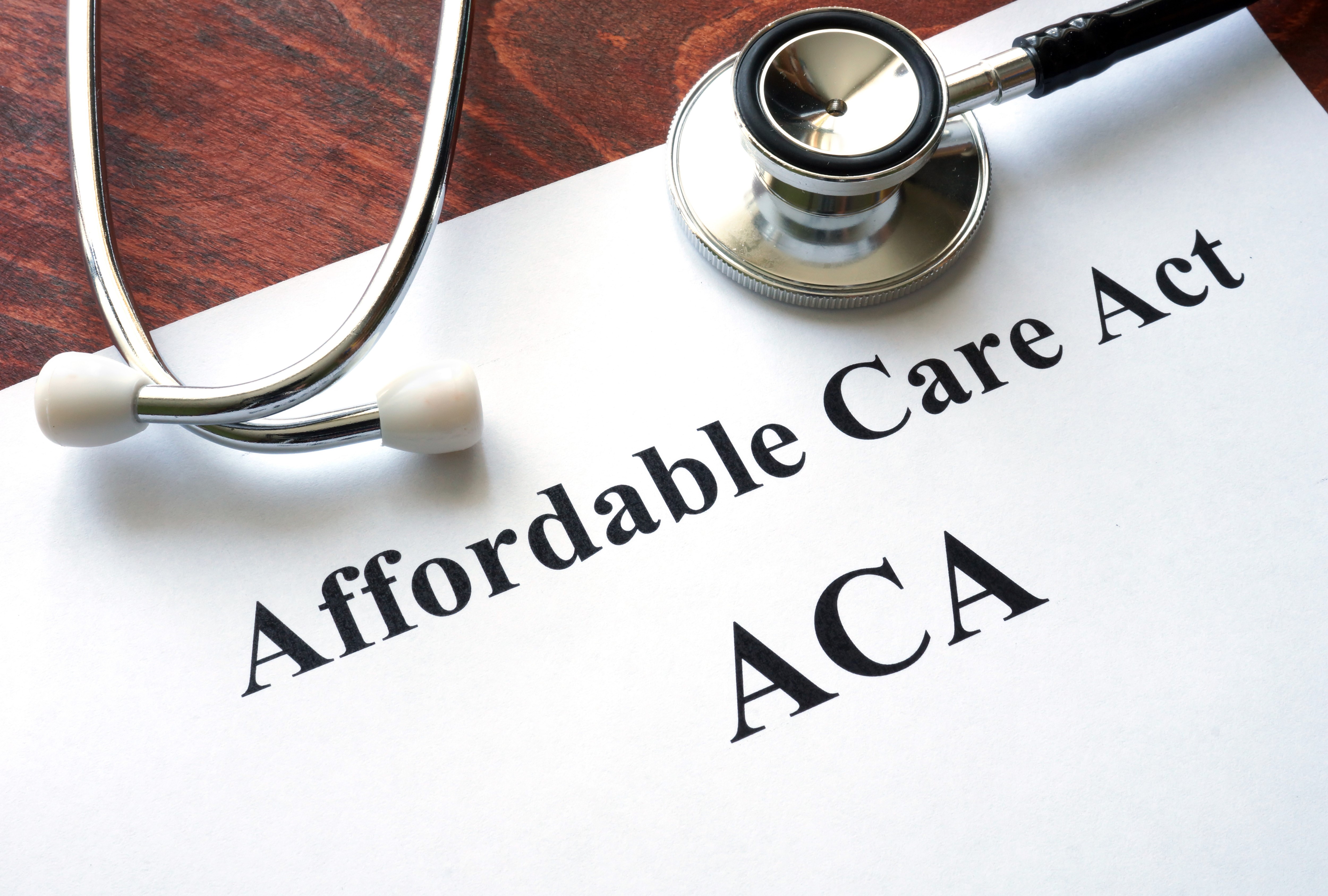 Oregon already faces well-known woes: A pandemic that has killed and infected thousands of people, caused hundreds of thousands to lose their jobs and created a budget gap of $2.7 billion.

Now there’s another big worry experts are increasingly focused on: Will the U.S. Supreme Court rule to dismantle the Affordable Care Act in an upcoming case?

Much is at stake nationwide and in Oregon. The act channels nearly $3 billion a year in federal money to Oregon to pay for the health care of nearly 400,000 low-income Oregonians. Also, Oregon uses the federal insurance marketplace to allow more than 100,000 people annually to buy health insurance and secure federal tax subsidies that cut individual premiums by more than $5,000 a year, a statewide total of more than $500 million. That system was created by the ACA.

The case – California v. Texas – which is likely to be heard this winter, revolves around whether the entire ACA is null, given that the individual mandate requiring individuals to buy insurance or face a federal financial penalty was changed by Congress in 2017 to eliminate the penalty.

The law, derisively called Obamacare by its critics, was President Barack Obama’s signature accomplishment, a huge step in providing government-funded health insurance to low-income people who until then had lacked any coverage.

The ACA is likely to be a central topic in the presidential election, with presumptive Democratic nominee Joe Biden vowing to keep and expand the law and its programs, while President Donald Trump is determined to scrap it and create a replacement that he has not disclosed.

Oregon experts said if the law is junked and there’s no replacement, the results would be catastrophic for the state, prompting uninsured people to forego treatment or cram emergency rooms for basic care.

Former Oregon Gov. John Kitzhaber, who led the state’s drive to expand health insurance under the ACA eight years ago, said he expects the Supreme Court, headed by Chief Justice John Roberts, won’t scrap the law. But, he added: “We should at the state level be talking about what happens if it gets repealed. We should hope for the best and plan for the worst.”

The Oregon Health Authority and the state Department of Consumer and Business Services are discussing the ramifications of a repeal, said OHA spokeswoman Allyson Hagen. But, she added, “There is no way the state could replace the federal support that we currently receive to provide health coverage to more than 400,000 people through the ACA.”

The sides in California v. Texas are already swamping the court with briefs.

Oregon has joined California, Washington, 17 other states and the District of Columbia in arguing to keep the law.

The Trump administration late last month filed a long brief arguing the court should scrap all elements of the ACA. Lining up with the administration are groups such as The Foundation for Moral Law, which calls the ACA a “gargantuan federal program” that is not authorized by the Constitution. The Alabama group describes itself as wanting “to restore the knowledge of God in law and government.” In a brief to the court, the limited-government advocacy group Landmark Legal Foundation argues the ACA “continues to menace principles of individual liberty, state sovereignty and federalism.”

Seeking to keep the ACA intact are a long list of large, powerful groups, ranging from the American Medical Association and the American Cancer Society, to the AARP and for-profit HCA Healthcare, the nation’s largest hospital chain.

In Oregon, the Affordable Care Act has become a central pillar of the state’s health care system.

Prior to the ACA, Medicaid health insurance coverage in the state was limited under federal law to the very poorest individuals and families, people at the poverty level. The ACA let states provide Medicaid to people at up to 138% of the poverty level, with the federal government covering the great majority of the cost and the states chipping in the balance.

Oregon was an early adopter of the expansion. So, in 2014, the annual income limit for a single person was raised to about $16,000 from the poverty level, which stood at about $11,600. Rapidly, Oregon’s Medicaid rolls increased to about 1 million, from the pre-ACA level of about 600,000.

The program has been a boon to low-income residents, providing them health care insurance for which they pay little or nothing.

But the cost to taxpayers is huge. For the two-year period running July 1, 2019 to June 30,2021, Oregon expects to receive $5.8 billion from the federal government to pay for the ACA coverage, and the state is budgeted to chip in $617 million of its own money for the coverage. That’s an average of about $8,000 a year per person covered.

That’s on top of the two-year budget of $5.5 billion in federal money and $3.3 billion in state money for health insurance for the roughly 700,000 people now covered under the original Medicaid system who are at or below the federal poverty level. That’s about $6,000 per year per person covered.

The people covered by the ACA expansion are spread throughout the state: For example, more than 130,000 in the Portland metro area; 36,000 in Lane County; 17,000 in rural Eastern Oregon, excluding the Bend and Klamath Falls areas.

Nationally, some 23 million people are covered by the ACA expansion. To date, 37 states and the District of Columbia have adopted the expansion.

The California v Texas case is by far the most serious challenge to date to the law. The Supreme Court has already ruled on two legal challenges to the ACA, and both times it has left most of the law in place.

Kitzhaber said he expects the court to focus on the legal arguments, not the political, medical and public health issues at stake. But from a public policy perspective, to scrap the law in the midst of the coronavirus pandemic would foster chaos, he said.

“The impact on the entire nation would be mind-boggling, when we’re already running on one leg,” he said.

Even if the court does kill the entire law, Kitzhaber said he would expect Congress to quickly step in and create a transition process that would keep key elements of the ACA in place on an interim basis. And killing the law could have an upside he said: Congress could take up the topic afresh and look not only at continuing health insurance for a broad swath of low-income people, but also at ways to curb the rise in health care costs and address socio-economic factors that cause ill health in the first place.

Many politicians and others hope to avoid that outcome, however.

U.S. Sen. Jeff Merkley, D-Oregon, said the coronavirus crisis “serves as another reminder of the importance of access to health care.”

The ACA bars insurers from denying coverage based on pre-existing conditions – a clause Merkley says is vital. “There is never a good time to take away people’s health care coverage and allow insurance companies to deny coverage for preexisting conditions, but doing it in the teeth of a global pandemic is just about the worst,” he said.

Janet Bauer, a policy analyst for the Oregon Center for Public Policy, a liberal-leaning nonprofit group in Portland, said the loss of federal ACA payments to the state “would be catastrophic for Oregon's already battered budget.”

“Even in good economic times, a funding loss of that size would likely go unfilled. In effect, overturning the Affordable Care Act would take away health coverage for nearly 400,000 Oregonians. That is more people than live in the cities of Eugene, Bend, Medford, and Grants Pass combined,” she said.

“Rural areas and rural hospitals would be harmed the most,” she added, because a larger share of rural residents rely on Medicaid - 30 percent compared to 24 percent in urban areas.

Springfield-based insurer PacificSource has 235,000 Medicaid members in western and central Oregon, including 80,000 members covered by the ACA.

“Because of the expanded coverage that the ACA provides, we would not want to see it struck down,” said spokesman Lee Dawson.

Observers said it’s unlikely the court will hear and decide on the case before the November election.. So, after an election that is being billed as one of the most important and stark in more than a century, Americans will witness a key Supreme Court decision in what has become a key national focal point: health care.

Jul 27 2020
News source:
The Lund Report
Keywords:
ACA, affordable care act, medicaid, health care
×
This article is for premium subscribers. If you are one, please sign in below.
You can see two more premium stories for free. To subscribe, click here. We depend on premium subscriptions to survive, and they are tax deductible.
Sign InGo Premium Not now