Oregon Bill Would Ban Non-Medical Exemptions To Measles, Other Vaccines 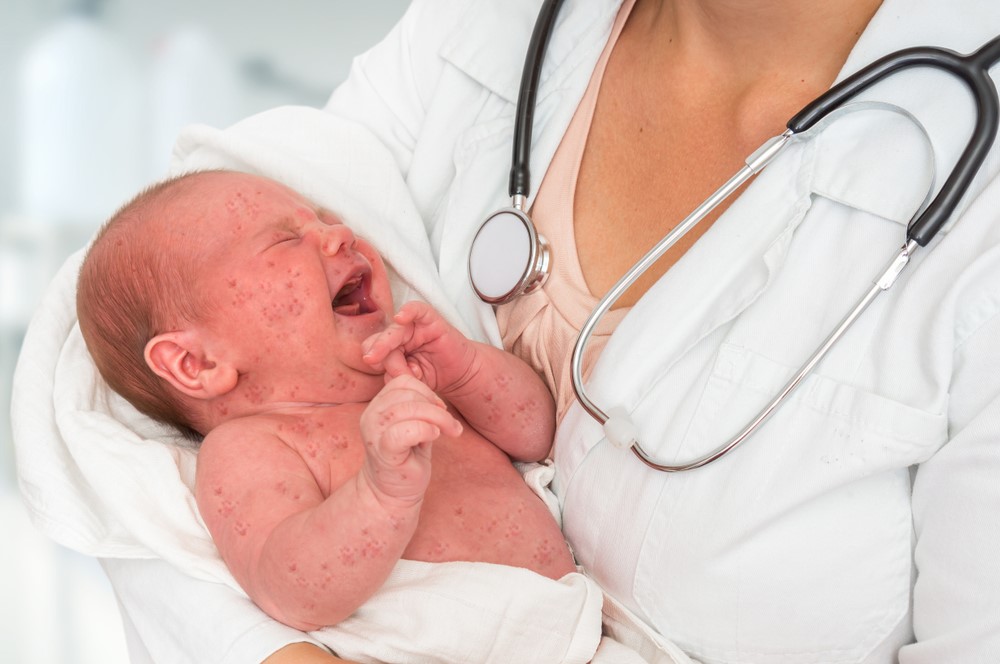 A trio of bipartisan legislators in Oregon are backing a bill that would eliminate the state’s non-medical exemption for vaccines.

The bill, House Bill 3063, would not force families to have their school-aged children immunized but those without required vaccinations or a medical exemption would not be allowed to attend school.

This is the second vaccine bill to surface in the Legislature in a week. The previous bill, Senate Bill 649, would require the state to inform consumers of the chemicals in each vaccine, both in writing and on a website. That bill sparked debate for and against. HB 3063 would be even more contentious.

It follows an ongoing measles outbreak in the Portland area. Since Jan. 1, Clark County officials have confirmed 65 cases, mostly in children with a non-medical exemption. They’re investigating one suspect case. In Multnomah County, five people have developed the highly contagious disease. The fifth case, reported Sunday, may not be linked to the Clark County outbreak, according to a release by the Multnomah County Health Department.

“We are notifying people who were potentially exposed out of an abundance of caution,” Dr. Jennifer Vines, Multnomah County’s deputy health officer, said in a release. “The good news is that measles is not spreading from Clark County to the Portland metro area.”

The county gave no details about who the person is or how they became infected.

In a press release, Helt said: “I believe in science, the safety of our children and in sensible, fact-based public policy. We should close this loophole that places children, families and communities at risk of illness and death from diseases that were nearly eliminated just a generation ago. Responsible citizens do not have the right to risk the safety of others, particularly children, due to misinformation and fear.”

The bill aims to prevent future outbreaks by only allowing medical exemptions. The vast majority of non-vaccinated kids opt out of one of more vaccines because their parents are opposed to them, fearing their children could suffer harmful medical side effects.

The Oregon Health Authority said in a statement that it supports the bill: "HB 3063 is an evidence-based approach to protecting the public from health risks posed by communicable diseases, especially those faced by vulnerable children, pregnant women, people with compromised immune systems and older adults. Today, Oregon’s 94 percent childhood immunization rate leaves too many schools and communities lacking the resilience they need to safeguard against preventable disease outbreaks – and the harms these outbreaks can cause. Aligning our state’s immunization laws with less permissive laws in other states will increase vaccination rates here in Oregon and protect more people and communities."

The authority's lead spokesman, Robb Cowie, said in an email that the agency generally avoids commenting on bills outside its scope. But he added: "The public health ramifications of HB 3063 warrant our support."

On Friday, a similar bill was approved by the health committee in the Washington state Senate. The House health committee has also approved a bill which is directed at the measles, mumps and rubella vaccine. Both bills could be voted on by their chambers.

Oregon lawmakers tightened the state’s vaccine regulations in 2015, requiring that parents watch an online education module or talk to their provider about vaccine safety before being able to opt out. Non-medical exemptions dropped that first year among kindergarteners from 7 to 5.8 percent but they’ve climbed since then to reach 7.5 percent last year, according to the Oregon Health Authority.

The so-called “anti-vax” movement stems in part from a paper published in 1998 by British researcher Dr. Andrew Wakefield in the journal The Lancet that found a link between vaccines and autism. That paper was retracted and so was a subsequent paper published in 2002.

“An overwhelming amount of data in the literature show that vaccination, which has existed for more than two centuries, is a beneficial preventative measure against infectious diseases,” the journal Lab Medicine explained. It said it pulled the faulty paper over concerns that vaccine opponents were using is a justification for their position.

Scientists have widely debunked theories that vaccines cause autism.

The measles vaccine, which has been around since the early 1960s, is considered safe and effective. Two doses provide 97 percent protection against the disease, which once killed one or two people in 1,000. There’s a similar risk for encephalitis, a dangerous swelling of the brain. A more common complication is an ear infection, which happens to one out of every 10 children with the measles. This can lead to permanent hearing loss.

In 2000, the Centers for Disease Control and Prevention declared measles eliminated in the U.S. But the increase in parents opting against vaccination has caused a resurgence in recent years. From Jan. 1 to Feb. 14 this year, the CDC identified 127 cases in 10 states.

This year the World Health Organization named “vaccine hesitancy” a major health threat. “Vaccination is one of the most cost-effective ways of avoiding disease – it currently prevents 2 to 3 million deaths a year, and a further 1.5 million could be avoided if global coverage of vaccinations improved,” the organization stated.

Yet vaccine opponents say they should have a choice, and they’re willing to fight for that. Parents who care deeply for their children have cited concerns over autism and other harms, saying they’ve witnessed changes to their own children after vaccination. They do not want the state dictating health care for their loved ones.

Getting the bill passed could also be difficult because of opposition in the Legislature.

In 2015, Sen. Elizabeth Steiner Hayward, a physician and Beaverton Democrat, backed off a bill that would have eliminated non-medical exemptions, saying it would have been impossible to get the bill approved in the Legislature. Instead, she dialed the bill back to the current regulations requiring that parents be educated.

If the bill does pass the Legislature, Gov. Kate Brown would sign it, according to her interim press secretary Lisa Morawski.

Have a tip about health care or the business of health? Contact Lynne Terry at [email protected].