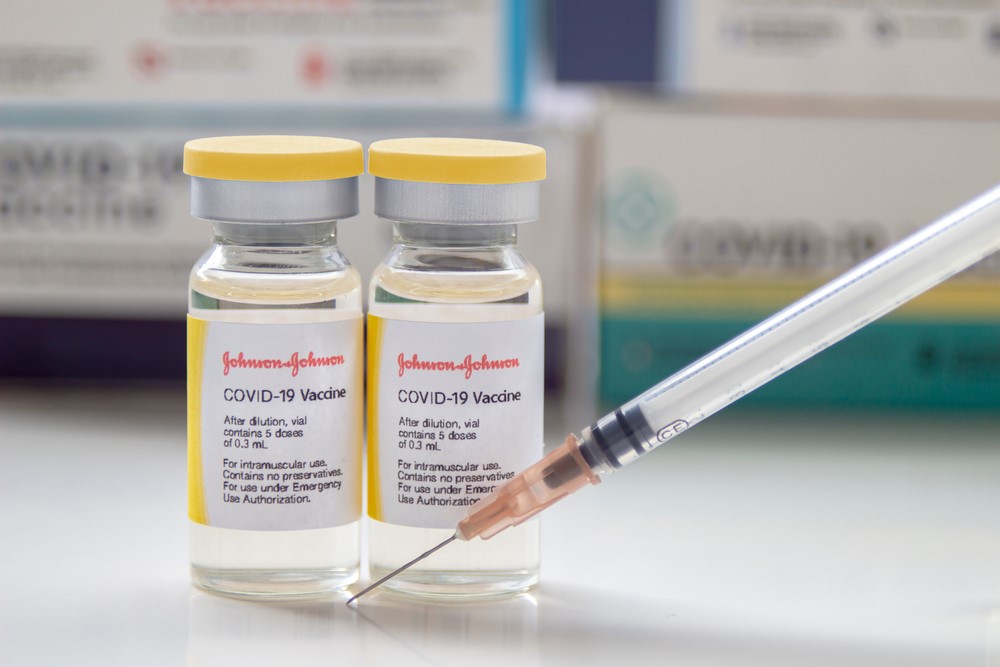 Oregon public health officials want to distribute the state’s first shipment of Johnson & Johnson vaccine to places that will benefit the most from its one-dose requirement. This sets it apart from the Pfizer and Moderna vaccines, which require two doses spaced several weeks apart.

As a result, the Johnson & Johnson vaccine can come in handy when health providers vaccinate jail inmates with release dates right around the corner. Oregon Health Authority Director Patrick Allen said that difference is key, as the vaccine is distributed to hard-to-reach populations or people in settings that are labor intensive, like adult foster homes that have only up to five residents.

Allen told lawmakers Wednesday that the state has received its one-time shipment of about 34,000 doses of the Johnson & Johnson vaccine.

“What we’re going to do with this one time allocation is basically put it in a variety of one-time settings,” Allen said.

Doses are going throughout the state and the Portland metro area. The state will give 5,000 to the Oregon Health & Sciences University vaccination drive at the Portland International Airport. The state also allocated 4,800 to local public health agencies in Clackamas, Multnomah, Baker and Douglas counties to reach senior citizens in adult foster homes and seniors who live at home and have disabilities or health problems. Another 15,400 doses will go to Bi-Mart and Wal-Mart pharmacies.

Local public health authorities statewide will get 9,200 doses for hard-to-reach groups like people in jails and the homebound. Every county will get at least 100 doses.

The state’s plan comes as Oregon public health officials marked a milestone and have administered more than one million doses. But the vaccination marathon still has a long way to go. Overall, about 648,000 people have started or finished the two-dose vaccination. Allen said Oregon has fully vaccinated nearly 9% of the state’s population. That’s higher than the national average of 8.1%. But state officials need about 75% of the state’s 4.2 million residents vaccinated to reach herd immunity, when enough of the population is vaccinated to stem the spread of the virus.

The Johnson & Johnson vaccines represent a small part of the state’s overall vaccine efforts, which involves more than 100,000 doses a week. That figure could hit 200,000 a week by the end of the month as more vaccines come to Oregon.

Allen also said the state signed off on a request from Virginia Garcia Memorial Health Center, a federally qualified health center system in Washington and Yamhill counties, to start vaccinating their entire patient roster, “not just the patient population that’s in the eligible category.” The eligible categories currently include the elderly, health care workers, and K-12 staff. Allen described the arrangement with Virginia Garcia as a test to add equity to the rollout, particularly for Hispanic patients and frontline essential workers.

At Virginia Garcia, more than 60% of the patients are Hispanic. The pilot project will include two other federally qualified health centers, Columbia River Health in Morrow County, and One Community Health in Malheur County. Federally qualified health centers are typically run by counties and serve predominantly low-income people, including those on Medicaid, those without insurance and undocumented immigrants.

Oregon officials have faced criticism for the way they have prioritized demographic groups for vaccination. The state says it is doing its best, given an insufficient supply of vaccine. President Joe Biden earlier this week promised there will be enough vaccine by the end of May for every willing adult to be vaccinated.

By May 1, the state will roll out the vaccine to more front-line workers and to adults age 16 to 44 with chronic conditions. By June 1, the state aims to open vaccinations to everyone age 45 and older. The general population age 16 to 44 would be eligible by July 1. Vaccines have not been approved for children under 16.

Allen said those times could be accelerated, given the increasing vaccine supply. But he said he’d like to get further through the senior citizen population before doing.

This week, Oregon made the vaccine available to seniors 65 to 69, as the final step of a rollout to seniors.

Vaccination appointments are still being snapped up quickly. The 5,000 first-shot appointments for this week that Lane County opened to online sign-up on Tuesday at 10:40 a.m. were almost all taken within half an hour.

After the first Johnson & Johnson shipment to Oregon, officials don’t expect more of that vaccine for a couple weeks as production ramps up. A second shipment could arrive toward the end of March.