Opinion: Challenges for the Next Phase of Integrated Medicaid Care in Oregon

The Oregon Health Plan launched an ambitious system a decade ago to integrate medical and dental care. It is now working on a reform of the system, which is plagued with problems.
By:
Bob Nikkel 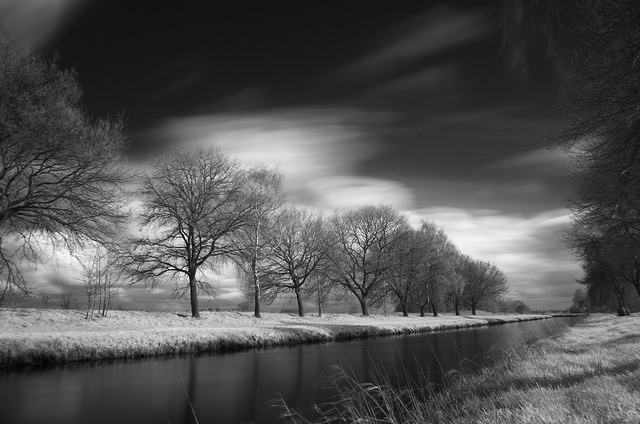 Ten years ago, Oregon embarked on the very ambitious plan to integrate mental health, addictions, dental and physical health care into the Oregon Health Plan. The goal was to transform the system to dramatically improve outcomes and do this in an even more cost-effective manner than earlier in the history of Medicaid health reform. Now we are planning a reform of the transformation with the recognition of unfulfilled promises.

As a participant in the early planning, first as the state director of addictions and mental health and then as a special assistant in planning for the integration initiative, I have a perspective on the development of service system design. And my perspective has been further shaped by the past nearly 10 years working at national and international levels of mental health education and reform. I am offering my observations based on my experience and a different level of understanding of the challenges in the organization and delivery of mental health services in an innovative service and funding redesign.

The first major problem I would suggest is that we’ve too often bought our own rhetoric, our public relations strategies, our press releases, even our testimony to the Legislature. A culture developed early in Oregon's planning for integrating care that resulted in an inability to be sufficiently self-reflective, that discouraged uncomfortable observations or criticisms.  This is a natural phenomenon in any such social change but we must overcome it in order for this reform to be successful. Because of this, we will need outside experts who have not been involved in the first attempt at integrating care.  We also need “inside experts” -- those who have themselves been covered by the Medicaid -- the Oregon Health Plan -- to take a fresh look at the current planning and then work with the Oregon Health Authority to fulfill the old promises. They should start by carefully considering what I believe to be several myths that will distort the work necessary to achieve anything near meaningful integration of mental health and addiction services.

The first of these is the “chemical imbalance” theory which informs nearly everyone's viewpoint, from the state’s system designers to the coordinated care organizations to service delivery personnel and even to participants. Put bluntly, no one has ever shown that chemicals are actually out of balance in the creation of mental health challenges.  Nor are there any medical tests that can be administered to confirm any mental health diagnosis. In other words, dopamine and serotonin and other neurotransmitter levels do not account for mental health challenges. Consequently, psychiatric medications do not restore levels of these chemicals although they do clearly destabilize neurotransmitters and cause all kinds of real chemical imbalances. Just one example is the phenomenon of dopamine supersensitivity brought on by mid- to long-term use of antipsychotics. When these medications are reduced or stopped too quickly, the result is what appears to be a return of the disorder — and unfortunately even more of the disruptive medications are usually prescribed.

The second misconception is that people diagnosed with the so-called major mental illnesses like schizophrenia or bipolar disorder will be sick for the rest of their lives and will need to take medications for the rest of their lives. Once again, the reality is different for most people if they are provided with hope and support for getting on with their lives. The Foundation for Excellence in Mental Health Care sums up the countering view: "Expect Recovery." Backing up this view, at least a dozen well-designed and independently funded research studies now show that mid- to long-term outcomes in life functioning (i.e., social connections and employment) are greatly improved for those who are never prescribed medications or who are able to go off them after about two years.  Careful independent research studies by Wunderink, Wiis, Harrow, Seikkula and others have established this. Very few current medical and mental health providers have any knowledge of these groundbreaking studies nor the implications for health care delivery.

Access to the current disease-centered system of mental health care will almost certainly mean worse outcomes for many people than if they had never entered the system. There is a ghost in this machine -- and that is the way in which so much is organized around the use of psychiatric medications. And it is certainly a perfect fit for the medical model that Medicaid is built on.

But it, too, is reinforced by several misconceptions. Psychiatric drugs, especially their mid- to long-term use, are a major contributor to serious health problems that should get much more attention in a truly integrated care system. Most antipsychotics, for example, are known to cause metabolic syndromes with dramatic but typical weight gains of 50-100 pounds or more. his is complicated by poor nutrition, lack of exercise, poverty, and increased vulnerability to accidents.

A 2006 study conducted for the National Association of State Mental Health Program directors showed that people with diagnoses of major mental health challenges die on average 20-25 years earlier than others. If one adds in complications of alcohol and drug problems for about half of the people with major diagnoses, an even more disturbing health outcome was documented in a 2006 study by Oregon’s Addictions and Mental Health Division that found that Oregonians with these co-occurring disorders died at an average age of 45 years of age.

There are other examples of complications in health and mortality from antidepressants, lithium and benzodiazepines that should be of great concern to the coordinated care organizations.  One mental health indicator in the current system, screening for depression, has had a paradoxical effect. Within the current paradigm, a diagnosis of depression most often leads to a prescription for antidepressants -- which actually increases the risk of suicide for some individuals, especially youth.  Is there an awareness of the risks of antidepressants to pregnant women and their unborn babies?

Antidepressants, therefore, should be great cause for concern in an integrated health system.  It is already well-known that about 70% of antidepressant medications are prescribed by primary care or other non-psychiatric practitioners. A common complaint is two-fold:  Patients want them, and there is nowhere to refer them anyway.   It will take a much more sophisticated approach to integration once it is understood that antidepressants represent risks of various kinds and are of questionable effectiveness anyway.

How knowledgeable and prepared to deal with these considerations are the state’s system planners and policymakers? What about most mental health and physical health care providers themselves?  Will this second round at transforming health care address these concerns and provide education and training in how to address them? Will it establish process and outcome measures to require provider systems to reduce the dramatic life expectancy losses? Will the exorbitant cost of psychiatric medications be assessed? Will the Oregon Health Authority be courageous enough to take on special interests that have an investment in the status quo?

At a meeting June 6 of the Oregon Health Forum, former Gov. John Kitzhaber spoke about the problem of resistance to change. I believe this resistance runs far deeper than has been imagined.  There are enormous gaps in knowledge and skill which, if not filled, will continue the unnecessary and even tragic outcomes in both mental and physical health arenas. My hope is that we can move forward in addressing these issues so that Oregon will never have to contemplate another round of reform.

Bob Nikkel, formerly Oregon’s director of addictions and mental health, has decades of experience in the field. Reach Nikkel at [email protected].

I want to commend the author

I want to commend the author of this article for telling the truth, a rare occurence when it comes to policies and planning as it relates to the field of mental disease industry. My daughter was introduced to Oregon's mental disease system nearly ten years ago. After one million dollars was spent on her 'treatment' through the Oregon Health Authority through both the taxpayer, private insurance, and Medicaid, she is arguably worse off than she was when she entered the system. She still doesn't hold down a job, have a love life, relationships, or live independently. Her confidence in herself was nearly destroyed. The side effects of the anti psychotics she was court ordered to take for years and years are too numerous to mention. Suffice it to say that her cognition is highly impaired due to long term drugging (memory, attention, ability to focus, etc), her metabolic and nervous systems have been so horribly compromised that I fear, that at the age of 29, her health is worse than that of a senior citizen. The Oregon Health Authority will continue to use the rhetoric of the recovery principles intragrated into planning by years of persistent grass roots organizing by peers and other activists but the OHA continues to promote the status quo which is to label, drug, and 'lock em up!' Fifty years of treating people who are diagnosed with a psychotic or mood disorder with anti-psychotics has been nothing short of a disaster except for a small minority of roughly 20% of individuals who identify with having been helped by long term drugging. From a business point of view, it has been a spectacular success but from the perspective of people who identify with having been harmed more than helped by long term sedation, it has been a disaster. Until the Oregon Health Authority is willing to recognize and deal with the corruption of the APA and the influence of Big Pharma on the medical literature and the training of those in the medical profession, we will continue to doom tens of thousands like my daughter to live on the margins of life, lonely, unsupported, and brain damaged. Young people who experience their first psychotic break could have such better outcomes if we would just start looking honestly at what the unbiased research shows as Mr. Nikkel pointed out in this excellent article. For the sake of our youngest and most vulnerable people, its time for a revolution in mental health care system. I suggest we start by firing everyone in the system and replace every so called 'expert' with people with lived experience.

Thank you so much for weighing in and sharing your daughter's story. I'm so sorry that she's gone through that and, apparently, is still being "treated" but not helped.

Feel free to reach out - [email protected]. I'm the new editor here and I'm very interested in doing stories about the state of mental health in Oregon, particularly Medicaid.