By:
Jim Redden of Portland Tribune 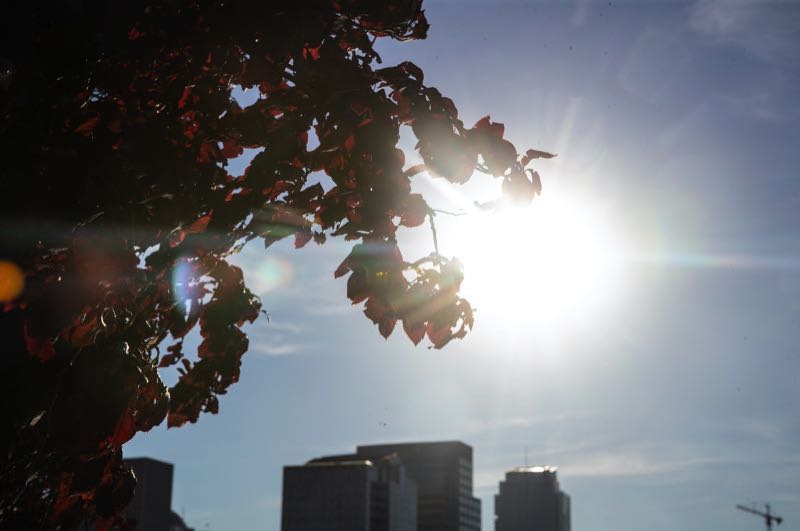 The sun over Portland./Pamplin Media Group

As residents dealt with another weekend of sweltering temperatures, officials say Portland saw at least one more potential heat death on Sunday, Aug. 7.

That raises the number of suspected statewide deaths to 16, with half of them being in Portland. Most occurred during the record seven-day period in late July when temperatures reached or exceeded 95 degrees.

The Multnomah County Medical Examiner reported an additional person suspected of dying of hyperthermia on Monday. Portland reached at least 100 degrees the day of the death.

The designation as potentially heat-related is preliminary, officials said, adding that further investigation will officially determine whether they were caused by hyperthermia, or heat illness.

A June report released by Multnomah County on the one-year anniversary of 2021’s record-shattering heat wave shows that event likely contributed to a spike in all deaths.

Deaths in Multnomah County were double what would be typical during the last week of June 2021, according to mortality data collected by the county.

Portland was hotter that day than Dubai in the United Arab Emirates.

Seventy-two people in Multnomah County died of excessive heat, or “hyperthermia,” in 2021, with 69 heat deaths during the heat dome event, the report stated. The other three deaths are attributed to a later heat wave last August 2021.

But overall mortality data in the report suggests the heat dome contributed to excess deaths caused by issues other than excessive heat, something local public officials previously assumed. An analysis of mortality data from the U.S. Centers for Disease Control and Prevention by The New York Times last year asserted that conclusion as well.

Jim Redden is a reporter for the Portland Tribune and can be reached  by email at [email protected]. This article is used with permission of the Pamplin Media Group. Read more from Oregon’s largest source of independent local news at pamplinmedia.com.

Aug 10 2022
News source:
Portland Tribune
Keywords:
heat, climate change
×
This article is for premium subscribers. If you are one, please sign in below.
You can see two more premium stories for free. To subscribe, click here. We depend on premium subscriptions to survive, and they are tax deductible.
Sign InGo Premium Not now