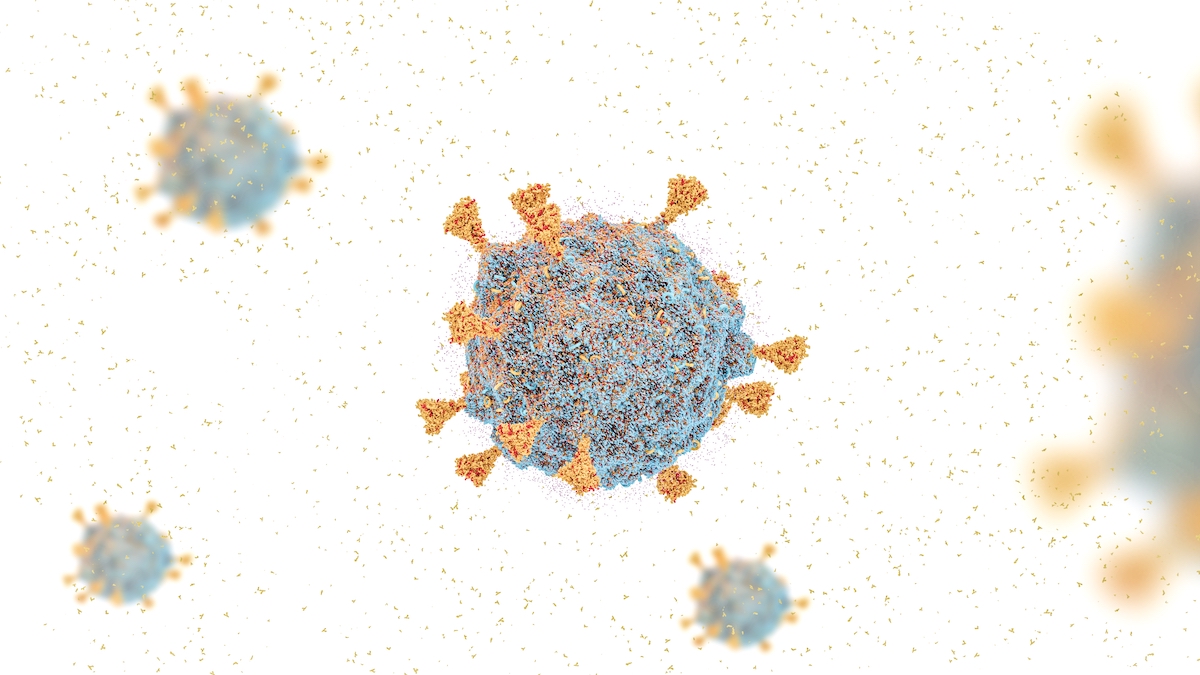 3D rendering of the omicron variant of COVID-19./Shutterstock

Scientists at Oregon Health & Science University have detected three cases of the new variant of concern, omicron, in Oregon. All three cases occurred in people who had been fully vaccinated.

According to the Oregon Health Authority, the samples the laboratory tested were from:

A Multnomah County resident in their 20s, tested on Dec. 7. The individual traveled internationally to Canada prior to the onset of symptoms. Additional details on the condition of the individual are not yet available.

A Washington County resident in their 20s, tested on Dec. 9. Additional details on the condition of the individual are not yet available.

A Washington County resident in their 30s, tested on Dec. 9. The individual traveled internationally to Mexico prior to symptom onset. Additional details on the condition of the individual are not yet available

“It was only a matter of time before we identified the first case of the Omicron variant in Oregon,” said Gov. Kate Brown. “As we continue to learn more about this new variant, we know the measures that are most effective in helping to keep ourselves and our families safe from Omicron, Delta, and other COVID-19 variants: get vaccinated, get your booster, and wear a mask. That’s the key to saving lives and keeping our businesses, schools, and communities open. If you aren’t yet vaccinated or need a booster dose, get an appointment or find a walk-in vaccine clinic in your area today.”.

The variant has been found in more than 30 states, including California and Washington.

Oregon tracks variants through genomic sequencing of clinical samples — generally nasal swabs — and by sampling for viral RNA in wastewater collected from treatment plants across the state. Oregon ranks 11th nationwide in the proportion of all specimens sequenced during the pandemic, according to U.S. Centers for Disease Control and Prevention data.

Delta remains the dominant variant statewide, making up close to 100% of the case samples sequenced in the past three months. In places like the United Kingdom and possibly the state of Washington, however, omicron has rapidly spread in just a matter of weeks and is responsible for a growing share of cases.

It’s still unclear what the presence of omicron will mean for Oregonians — or for the trajectory of the global pandemic.

The variant has a unique viral genome and scientists don’t know how or where it evolved.

Scientists are racing to answer a series of key questions: Is omicron more transmissible than previous variants? Is it better at reinfecting people with immunity from a previous infection or at infecting people who have been vaccinated? Does it cause more or less severe illness than the currently dominant delta variant?

In the U.K., it appears to be outpacing the delta variant and triggering a new sudden wave of infections in a population with a comparatively high vaccination rate.

And research published by British government scientists on Friday showed that one- and two-dose vaccines were significantly less effective against symptomatic infection with the omicron variant than they were for the delta variant. Those scientists were unable to evaluate whether vaccines still protected people against severe illness and hospitalization.

However, the British researchers found booster doses of the Pfizer vaccine appeared to provide a significant increase in protection against mild disease, and the scientists said it is likely they provide even greater protection against severe illness.

All Oregonians 16 and up are now eligible to receive a booster dose. To date, just 21% of Oregon’s total population has received an extra dose of vaccine, according to the Oregon Health Authority, and as news of the Omicron variant has sparked renewed interest in boosters, they’ve become harder to find.

South African scientists first sequenced omicron and have since published several early studies of its epidemiology.

One small study based on clinical data suggests that the variant is better able to reinfect people with natural immunity from a previous COVID-19 infection.

A second report, based on observations of hospitalized COVID-19 patients in the South African province where omicron was first detected, raises the possibility that the new variant causes less severe illness — a best-case scenario if it’s confirmed by other studies.

The study’s authors found that a majority of the hospitalized patients who tested positive for COVID-19 during the omicron variant wave were breathing without needing supplemental oxygen or intensive care — unlike during previous waves, when more required intensive care.

However, the study only captures reports from the first two weeks of the omicron wave, and its authors note that it may take longer for infections to progress into severe disease and deaths.

This is a developing story first published by Oregon Public Broadcasting. Watch OPB for updates.