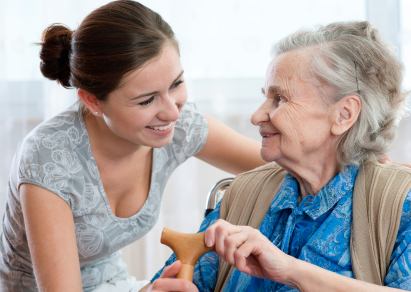 August 27, 2013 – In the 1990s, Dan Dunham and his wife learned that a close friend had experienced severe medical neglect and financial abuse at a nursing home in California. The situation became so acute they ended up moving her to their Corvallis home and cared for her until her death.

That experience – as well as the experience of his parents and in-laws in the 1980s and 1990s – is what spurred Dunham to get trained as a volunteer with the state's long-term care ombudsman's office, whose small staff and team of volunteers advocate for the 40,000 Oregonians who live in long-term care, assisted living facilities and adult foster care homes.

Dunham, who’s lived in various parts of the country, said Oregon's long-term care system is among the better ones in the country – but problems still remain.

“Oregon has one of the best programs in this country, but there are holes in it. It's leaky. It's not bad, but it's leaky.”

For instance, he said, training in the field is inconsistent. In one facility Dunham visited, the staff spent one day shadowing a more experienced staff member and one day watching videos, and then were turned loose on the job – that’s counter to other facilities that spend more time in training and closely monitor recently hired staff.

Dunham would like to see better and more uniform training. He’s also noticed that patients, particularly those with dementia, are sometimes placed in assisted living facilities without the right diagnosis, and receive inappropriate care.

“We are not inspectors, we are not regulators, we are advocates,” said Mary Jaeger, Oregon’s long-term care ombudsman, who oversees 10 staff and more than 200 volunteers as part of the program, which was established as a requirement of the federal Older Americans Act in 1965, and is guided by additional provisions under Oregon law.

The program is volunteer-driven, and always has been, though this year the legislature approved extra funding, enough to hire a staff ombudsman to oversee care in eastern Oregon, where volunteers “don't think twice about driving 50 miles” to check on a resident who has called in with a question or complaint.

Volunteers undergo 40 hours of training, and work 10 to 15 hours a week on average (most, like Dunham, are retired themselves), and the work they perform would require 50 full-time positions, saving the state an estimated $1 million every year.

Jaeger doesn't anticipate having enough money to fully fund that work, but in some areas – such as Benton County, where Dunham is the only ombudsman – volunteer staffing is light.

“Our goal is to solve whatever problem the residents shared, with the standard being the issue is resolved when the resident says it is,” Jaeger said, and 85 percent of complaints are resolved by that definition, she said.

Once volunteers undergo training, they’re assigned facilities they visit regularly – Dunham is in charge of four facilities, and tries to visit each once a week – so he becomes known as a friendly person who can help resolve issues.

Dunham said the most frequent complaint he gets is about the food – either the quality or the frequency (for instance, meals coming later than promised). In adult foster homes – which can legally house no more than five residents – these complaints are a little easier to resolve. In larger facilities, resident committees can handle such complains.

Occasionally, volunteers encounter more serious issues – such as financial abuse by the facility or a family member – or physical neglect or abuse. In those cases, Jaeger said, the matter is turned over to state licensing agencies, which do routine investigations every two years, but can come in and investigate if there are specific concerns.

“The state could never hire enough staff to do the kind of work these volunteers do for people living in care facilities,” Jaeger said. Instead, the volunteers form “kind of a first line of defense.”