Can a $15 gift card be the difference between life and death for someone who uses meth? That’s one of the questions Todd Korthuis, the head of addiction medicine at Oregon Health & Science University, will try to answer over the next five years with a $3.17 million grant from the National Institutes of Health.

OHSU is one of 10 winners announced Friday of a federal grant aimed at speeding up scientific solutions to preventing overdose fatalities. There were more than 107,000 fatal drug overdoses in the U.S. last year, according to U.S. Centers for Disease Control and Prevention data.

Korthuis’ study will test whether offering rewards to people who engage with harm reduction services, which are aimed at helping people to use drugs more safely, will lower the rate of fatal overdoses.

Harm reduction techniques include using drugs less frequently, using less harmful drugs, using clean syringes, carrying naloxone — an opioid overdose reversing drug — and using test strips that check for the presence of fentanyl, an opioid 50 to 100 times stronger than morphine. Fentanyl is increasingly found in meth, heroin and other drugs and is responsible for recent surges in overdoses across the country. 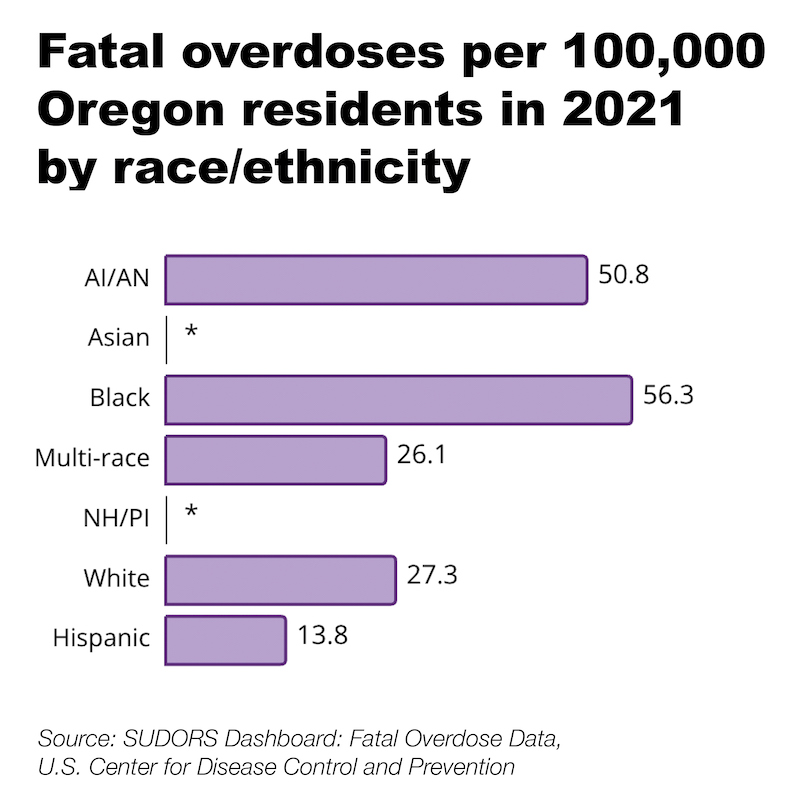 Researchers will analyze the experiences of about 1,620 participants who will receive $15 to $25 gift cards when they participate in desired services or meet personal harm reduction goals.

The method of rewarding behaviors is called “contingency management,” meaning the reward is contingent on the person engaging in the desired behavior. Funding from voter-approved Measure 110, the drug decriminalization law, has increased the number of programs using  contingency management in Oregon. Studies indicate rewards can be an effective way of reducing meth use and sustaining engagement in addiction treatment programming.

But this is the first rigorous and large-scale study to test the effectiveness of rewards in harm reduction engagement and overdose prevention, Korthuis said. It’s also a real-world test of how contingency management works outside a clinical study, through community-based organizations.

“The majority of people who use drugs are not pounding on the door to get into treatment,” Korthuis said. “I think getting out into the community — getting outside of the walls of specialty addiction treatment — and meeting people where they’re at has the greatest potential to decrease overdose in the U.S.”

Also novel about the program is its use of peer mentors in its delivery. Peers are people in recovery that draw on their own experiences with addiction to help others. State-certified peer recovery mentors will perform outreach to engage people with the incentive-based program, offer counseling and the rewards.

Eight organizations are participating in the study at 18 sites across the state, in both urban and rural areas.

The study will seek participants who use meth and who are not seeking treatment.

“Overdose — really that’s the Holy Grail,” Korthuis said. “That’s what we have to do, is decrease overdose through all this.”

Some participants will be rewarded with $15 gift cards for engaging with peers, up to a total of $100. Another group will receive $25 gift cards if they meet harm reduction goals, such as learning how to reverse an overdose or engaging with a treatment program.

No participant will earn more than $200 total — a cap set by the federal government.

While some studies show larger rewards are more effective, the cap stems from a 1972 federal anti-kickback law that prohibits Medicaid-funded health care programs from making payments to patients that could prompt referrals.

The Biden administration is considering increasing the cap closer to $500 or $600, Korthuis said. “But so far, that has not been approved.”

A different federally-funded contingency management program in Montana recently prompted a Medicaid fraud probe for offering participants rewards of up to $1,966.50 in gift cards and vouchers, Kaiser Health News reported.

OHSU and its partner on the project, Comagine Health, will pay staff using the federal grant money. The Oregon Health Authority will pay for the gift cards using a federal opioid response grant.

A focus on meth

The study will focus on people who use meth because the drug is so common in Oregon and it’s increasingly causing overdoses, Korthuis said.

Oregon has the highest rate of methamphetamine use nationally, according to the most recent federal data. Meth contributed to more deaths in Oregon than fentanyl and heroin in 2019, 2020 and 2021. And, with fentanyl increasingly being laced into meth in Oregon, the risk of overdose has increased substantially.

Deaths related to fentanyl and other synthetic opioids increased 83% from 2020 to 2021, according to Oregon Health Authority. Stimulant-related overdose deaths have increased more than 400% in the last decade, rising to 548 deaths in 2021.

Meanwhile, meth is one of the toughest addictions to treat, but research indicates that people who use meth are more likely to stick with treatment programs when they receive rewards for staying drug free. 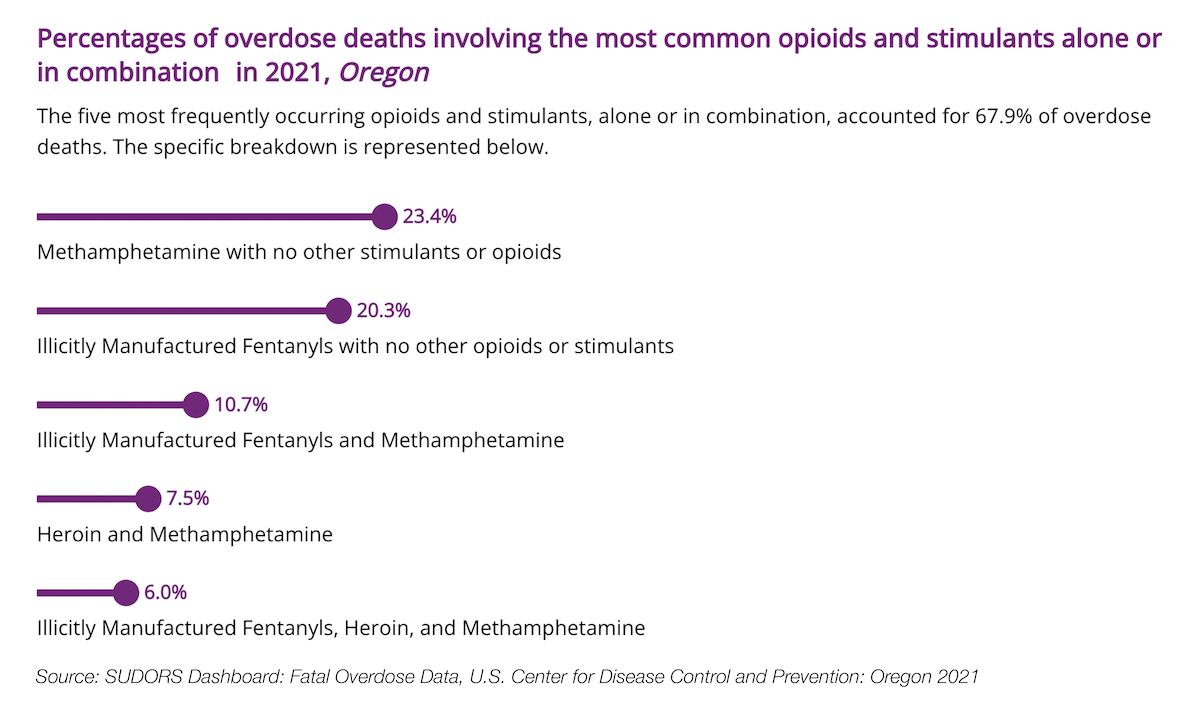 Some of the organizations participating in the study already have used Measure 110 funds to set up rewards-based programs for people who are engaged in treatment.

“But none of them are doing the sort of incentives that we're talking about — in the community, that’s peer driven. So that’s the big difference,” Korthuis said.

OHSU and Comagine will primarily help with technical assistance, which he hopes will help improve all the rewards-based programs the organizations are executing.

“For example, there are monitoring systems for just tracking the gift cards within an organization,” he said. “How do you know who’s gotten a gift card? How much was it? Did they come back for a second time? And, you know, who gave it? All of those are part of just responsible management of these rewards.”

Dec 23 2022
News source:
The Lund Report
Keywords:
behavioral health
×
This article is for premium subscribers. If you are one, please sign in below.
You can see two more premium stories for free. To subscribe, click here. We depend on premium subscriptions to survive, and they are tax deductible.
Sign InGo Premium Not now