The scientists raise questions about the influence of the pharmaceutical industry on medical recommendations ultimately adopted by Medicare, Medicaid.
By:
Lynne Terry 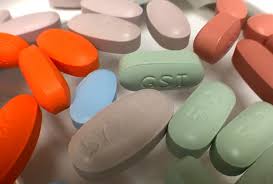 Recommendations for costly new cancer drugs with potentially harmful side effects are often based on flimsy evidence, a new study says.

The research, by Oregon Health & Science University specialists, shows that the National Comprehensive Cancer Network, which sets guidelines for oncologists and determines federal health care coverage, often recommends off-label uses for new cancer drugs. The practice, which involves using a drug for an indication not approved by the Food and Drug Administration, is legal and common.

But the problem is that many of the uses approved by the network are not backed by solid evidence, said Dr. Vinay Prasad, an oncologist at OHSU and lead author of the study.

Sales of the drugs add billions of dollars a year to the coffers of pharmaceutical companies, other studies indicate.

In the latest research, published in the British Medical Journal, Prasad and his team looked at 47 cancer drugs approved by the Food and Drug Administration between 2011 and 2015. Then they compared the FDA approvals with recommendations by the National Comprehensive Cancer network on one date -- March 25, 2016. The agency approved them for 69 uses. The network recommended them for 113, 44 more uses than the FDA.

Those recommendations have far-reaching consequences. The Centers for Medicare & Medicaid Services, which covers 55 million elderly Americans,  is required to pay for off-label uses recommended by five expert groups, which include the National Comprehensive Cancer Network. Once CMS covers a drug for a specific treatment, commercial insurers usually follow suit.

That coverage adds to the healthcare bill of the United States, which spends more per capita on healthcare than any other country, according to the Paris-based Organisation for Economic Cooperation and Development.

But most important are the patients. Are they better served by those added approvals?

The study casts doubt on that. Many of the off-label indications, which include expanding use to new cancers or lifting FDA requirements that they be used under certain conditions, are based on weak evidence, it says.

The study found that only 23 percent of those added recommendations were based on randomized control trials, considered the gold standard of evidence. Another 16 percent were based on phase three trials, an advanced stage when drugs are tested for their effectiveness after passing safety and other requirements.

The rest lacked solid evidence or worse: The network approved 16 off-label uses without citing any evidence at all, the study says.

The National Comprehensive Cancer Network responded by saying the panel that creates the guidelines brings extensive analysis to its reviews, with 1,355 specialists from the network’s 27 members.

“Their expertise allows them to evaluate complex circumstances based on all available data, in order to come to a consensus about what constitutes optimal care,” Dr. Robert Carlson, the network’s chief executive officer, said in a statement. “The (network’s) process is designed to make sure the most effective, life-saving therapies are accessible and available to the patients who need them.”

He added that the network “prides itself on our integrity and transparency. That’s why the fully-sourced (network) guidelines include more than 24,500 publicly available references to the scientific data behind every recommendation. This evidence is analyzed by experts who reach a consensus opinion. We work hard to make sure patients are able to get the best treatment available.”

But the OHSU study says the drugs might not always work for the treatments recommended by the National Comprehensive Cancer Network. In the review, Prasad said one drug -- Kyprolis, also known ascarfilzomib -- stood out. The FDA has approved Kyprolis to treat multiple myeloma, a type of blood cancer, after a patient has suffered a relapse and the cancer has bounced back. The network, on the other hand, has approved its use from the get-go as a first line treatment.

But the jury is still out on whether Kyrolis is the best initial  treatment, Prasad said. An oncology group is currently testing it against another drug, Velcade or bortezomib, to see which is the most effective for patients with newly diagnosed multiple myeloma.

“Yet the (network) is saying whatever that trial shows it’s going to show, but in the meantime if you want to use it, use it,” Prasad said.

That trial is funded by federal funds, Prasad said. Taxpayer money also pays for CMS, which covers the expanded treatment being questioned by the study.

In the past, Prasad has criticized the FDA for fast-tracking the approval of cancer drugs that are not backed up by randomized trials. But he said the agency does require evidence.

“There some drug approvals I’ve been critical of,” Prasad acknowledged. “The FDA can do better. But I think the (network) can do a lot better.”

FDA officials do not get money from industry. Many oncologists do, and that includes members in the National Comprehensive Cancer Network.

The study says that 86 percent of the officials who create the network guidelines have financial ties to the pharmaceutical industry, with 84 percent receiving personal payments and 47 percent getting research money.

He said the specialists recommending the off-label uses probably believe that those treatments could help some patients and that the expanded recommendations make it easier for doctors to prescribe the medications.

Oncologists, like other doctors, want their patients to improve, he said.

“We all genuinely believe that what we’re doing is really, really good,” Prasad said. “That’s why it’s not enough to believe it, you have to prove it.”

The study concludes that the system needs an overhaul. In the 1990s, it worked well because most cancer drugs were older, off-patent and relatively inexpensive, giving little incentive to fund an effort to seek FDA approval for additional use.

But new cancer drugs these days cost tens of thousands of dollars. When the network recommends their expanded use, drug companies have little impetus to carry out studies to show the effectiveness of the drugs for various uses, Prasad said, thus lowering the quality of evidence used to support expanded recommendations.

Lynne Terry is a Portland-based freelance writer who’s covered healthcare and related issues for 11 years.
She can be reached at [email protected].