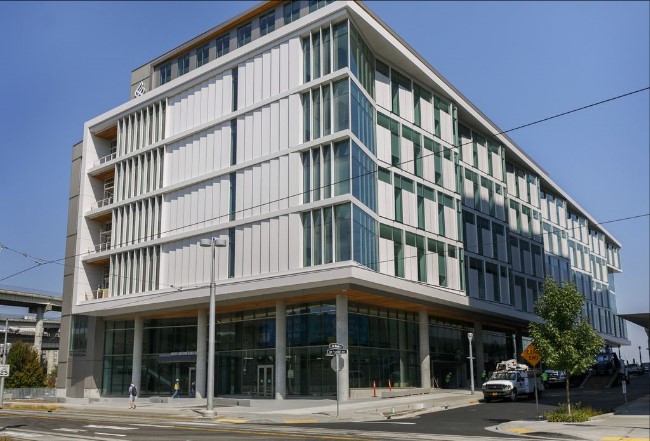 For the fiscal year starting July 1, OHSU forecasts operating revenues will hit a record $3.45 billion, with OHSU hoping to skim off a record $156 million of that as operating profit to be used for expansion projects, according to a budget presentation slated for Thursday’s board meeting.

With 16,000-plus employees, OHSU, the marriage of a teaching university, a medical research center and an advanced health care facility, is focused on perpetual growth fed in part by the annual profits that previous growth initiatives are now generating.

Profits, or what OHSU calls “core earnings,” have grown each year since the 2010-11 fiscal year. That year, OHSU produced a profit of $57 million. For the current fiscal year, which ends June 30, OHSU said it is on track for a record $150 million profit on record revenues of $3.2 billion.

Annual profits have become the institution’s mantra because they set up OHSU to continue program and facilities expansions that have made the place a magnet.

“But if they are not building – great faculty, capacities, reputation – they are declining,” the slide concluded.

OHSU’s goal is to keep revenue growth outpacing cost growth – for example the increasing cost of salaries and other operating expenses – to yield the needed annual profit.

That handily exceeds the growth rate for hospitals in the state as a whole, according to the budget presentation.

In Oregon as a whole, hospital patient days grew 4 percent from 2006 to 2018; outpatient visits grew 44 percent; and revenues rose 96 percent.

The board is slated to adopt the budget at its Thursday meeting.

At the meeting, the board will also review major initiatives planned through 2026 that could cost $722 million. These include paying down OHSU’s obligation to the state Public Employees Retirement System, which covers pensions for OHSU employees; expansion of the Casey Eye Institute; additional medical/surgical hospital beds; and replacement of the hospital’s neonatal intensive care unit and related facilities.

Jun 26 2019
News source:
The Lund Report
Keywords:
ohsu, hospitals
×
This article is for premium subscribers. If you are one, please sign in below.
You can see two more premium stories for free. To subscribe, click here. We depend on premium subscriptions to survive, and they are tax deductible.
Sign InGo Premium Not now