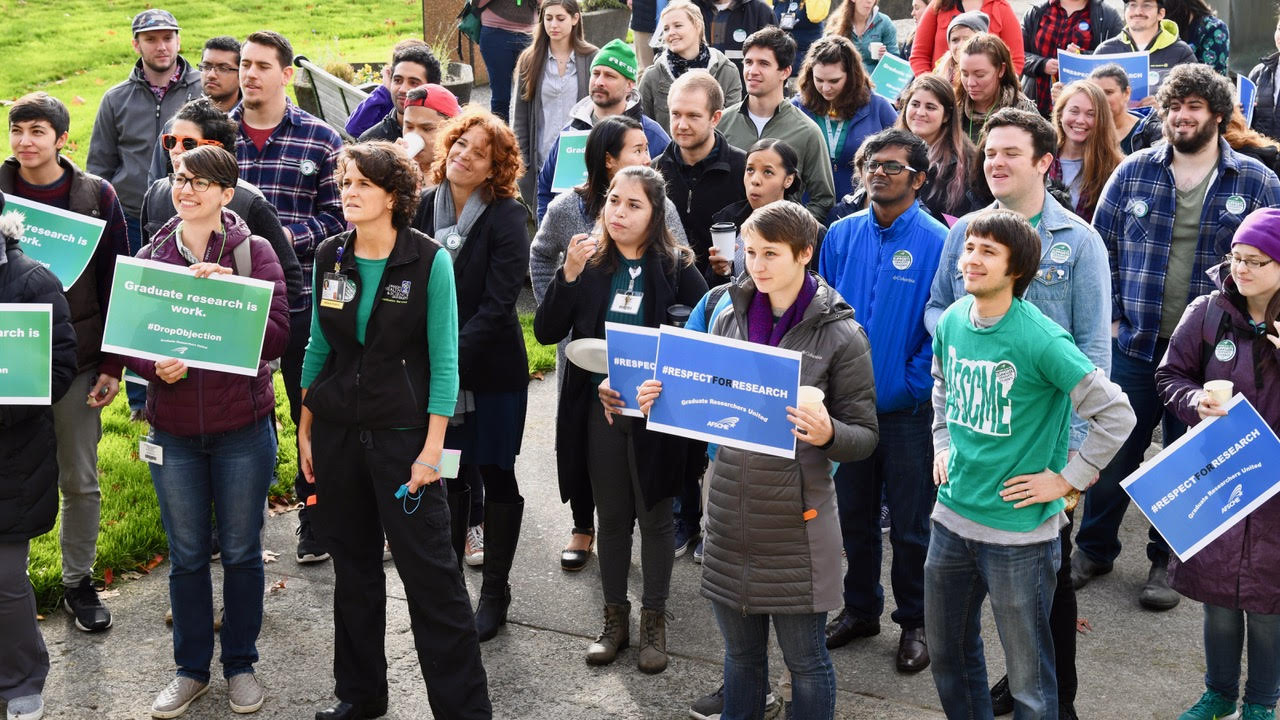 OHSU grad students rallied in December for the right to unionize./Courtesy of Oregon AFSCME

Last month, the university dropped its objections to a bid by the students to form a bargaining unit, paving the way for negotiations between the university the American Federation of State, County and Municipal Employees, AFSCME.

“We consider it a big victory to not have to go through a court case,” said Ross Grami, communications director for Oregon AFSCME.

The move will affect about 250 graduate students in OHSU’s schools of nursing, medicine and public health who are carrying out research as part of their work to earn a doctorate.

“OHSU has had a long and productive relationship with organized labor and remains committed to supporting all of our graduate student colleagues as they pursue their Ph.D. degrees,” OHSU President Dr. Danny Jacobs said in a statement.

In September, a majority of the grad students decided they wanted to unionize, Grami said. But OHSU objected, saying they were not public employees under the law. The students held several rallies, pointing out that they are not alone. Grad students at the University of Oregon are unionized as are their peers at Oregon State University and Portland State University. The difference, though, is that most of those students teach. Those at OHSU are conducting research.

The case would have gone to a hearing but in December, OHSU agreed to let them unionize. The university made it clear, however, that it would retain academic control.

“As part of the agreement with AFSCME, OHSU will continue to decide all academic processes, including but not limited to grading and graduation policies, course schedules and class size,” Jacobs said in a statement.

With a bargaining unit, the students will be able to negotiate for better pay and benefits, Grami said. Right now they’re paid stipends, and many earn only $30,000 a year, he said.

“A lot of folks living paycheck to paycheck or struggling to get by particularly in the Portland housing market,” Grami said. “Housing near OHSU is really expensive.”

The negotiations are expected to take place this month or next.