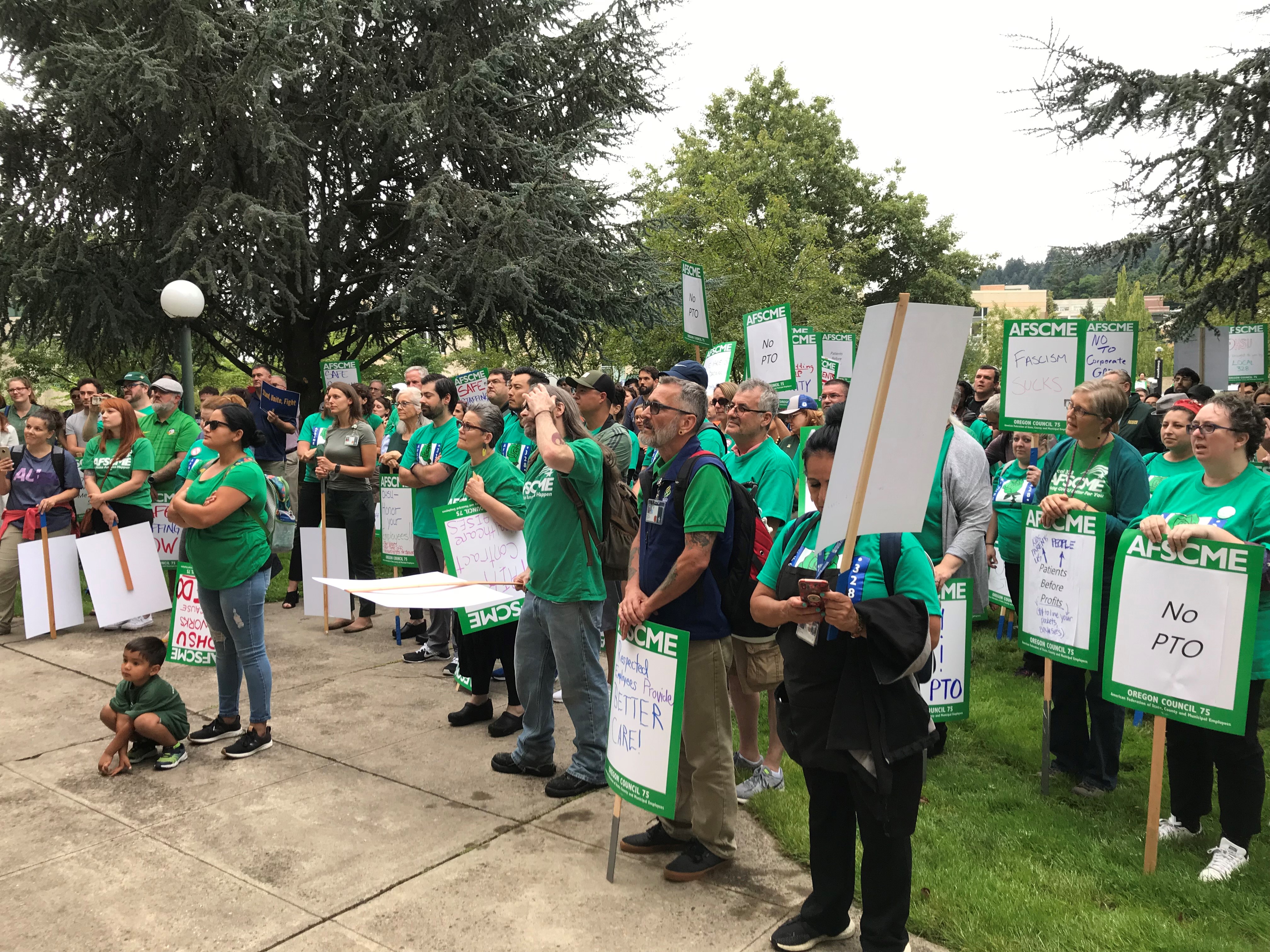 Oregon Health & Science University has signed an agreement with the American Federation of State, County and Municipal Employees union over its complaints that OHSU employees trolled Twitter in an effort to stymie union activity during contract negotiations.

The complaints prompted a public apology by Dr. Danny Jacobs, president of OHSU, and Forbes was forced to resign.

In the settlement, signed Feb. 20, OHSU admits that Forbes and Frengle were involved in the trolling. It says that Jacobs will post a statement on OHSU’s internal blog, OHSU Now, stressing the importance of having a positive relationship with the union. OHSU agreed to hire an independent Seattle attorney, Cathryn Dammel, to interview multiple people in its human resources department and on its bargaining team to determine whether anyone else was involved in the trolling and whether they have an anti-union bias.

AFSCME Local 328, which represents more than 7,000 employees at OHSU, welcomed the agreement.

“We’re quite pleased,” AFSCME Local 328 President Matt Hilton told The Lund Report. “It’s a demonstration of good faith. They definitely want to address this and put it behind them.”

OHSU did not immediately respond to a request for comment.

Hilton voiced confidence that Dammel will do a thorough job. In 2016, she conducted an investigation of OHSU’s environmental services department that prompted managerial and contract changes, Hilton said.

“To this day, we have labor management committees with that department,” Hilton said. “That recommendation came out of the findings,” he added.

The settlement also includes statements by OHSU and AFSCME Local 328 that they will publish posts on their blogs, saying the matter was resolved and that both parties were working together and were optimistic about the outcome.

AFSCME posted its statement on Monday.

“Our union’s hope in filing our (unfair labor practices) complaints was not to punish OHSU, but to get to the root of what we perceive to be an anti-union bias in HR,” the statement said.

OHSU will reimburse the union $900 for its filing fees.

"This is about moving forward," Hilton said.

Mar 5 2020
News source:
The Lund Report
Keywords:
ohsu, unfair labor practices, afscme
×
This article is for premium subscribers. If you are one, please sign in below.
You can see two more premium stories for free. To subscribe, click here. We depend on premium subscriptions to survive, and they are tax deductible.
Sign InGo Premium Not now