Christie Riehl has been battling with the state agency to help her daughter who’s fallen between the gaps.
By:
Cathy Siegner 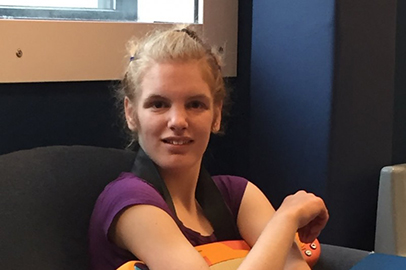 Christie Riehl has been navigating Oregon's healthcare bureaucracy for several years now, using what she called "polite persistence" to get coverage for her daughter's dual diagnosis of developmental disability and autism.

"Due to the lack of necessary cooperation and collaboration between [state] agencies, my daughter has fallen between the gaps over and over again," she said. "I don't accept 'no' when it comes to the life-saving treatment my daughter needs."

To read about all the problems the Riehl family has faced and potential legal action being taken, click here.

Search for a diagnosis

Riehl and her husband, Eric, first had trouble getting Elie's condition diagnosed when she began having infantile spasms at five months of age. The family's pediatrician in southern California missed the symptoms at three months, and it took a referral to a pediatric neurologist at UCLA for the picture to start filling in.

When Elie was five, the family moved to Oregon. At the time, she was labeled as having an "intellectual disability," although her mother said there are doubts about that now.

At age 8, Elie began exhibiting self-injurious behavior, hitting herself sometimes more than 100 times per hour. She had to be wrapped in blankets to avoid hurting herself.

"With Elie, there's something in the brain that makes her do this, but she doesn't want to," her mother explained. "She's very complicated and it's very rare. It's a brain chemistry issue."

Riehl described a variety of problems in getting her daughter's treatment and ongoing care covered by the state agencies designated to do so. She said these include:

However, Robbins did respond in writing to a list of general questions about OHA services, goals and plans.

Cathy can be reached at [email protected].