CDC recommending primary care providers administer it in their offices along with standard childhood shots
By:
Christen McCurdy 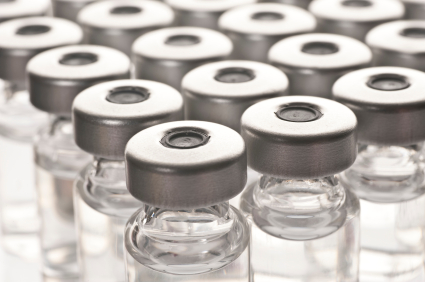 August 27, 2013 – A report released by the Centers for Disease Control and Prevention earlier this summer said the HPV vaccine is “grossly underutilized” by families with children in the recommended age groups – and that the lack of uptake has less to do with availability than with lack of good information about who should get the vaccine and why.

“My experience anecdotally would be that it's more of a lack of information, misinformation as opposed to lack of availability,” said Dr. Kathleen Wilder, co-medical director at Planned Parenthood of the Columbia Willamette.

Currently, the CDC is recommending both boys and girls receive the vaccine at 11 or 12, along with other vaccines typically administered at that time – with the idea that it should be administered well in advance of onset of sexual activity.

“Most kids are not sexually active when they're 11 or 12 years old, so you'd want to give it around that time, because it's sort of on the brink of sexual debut,” Wilder said.

The CDC report also emphasized the reasons the vaccine is recommended for younger children, quoting CDC director Tom Frieden as saying, "We don't wait for exposure to occur before we vaccinate with any other routinely recommended vaccine.”

Wilder said in clinical practice, she occasionally receives questions about the safety of the vaccine, with some patients or parents concerned that it may be linked to autism or other conditions. (Adverse event reactions are listed in these inserts.)

“There is always the question of does it increase the risk of autism or Gullian Barre syndrome? That's a really important misconception,” Wilder said. “There is absolutely no quality data to support those concerns. That is reassuring. It's a very very safe vaccine.”

“There aren't as many data available [on the effectiveness of Gardasil] for patients who've had abnormal paps before,” Wilder said. However, she added there are more than about 100 types of HPV, with about 40 known to target the genital area which are likely to lead to cancer. Gardasil was formulated to target the most common strains of HPV, and getting the vaccine would prevent somebody who has already been exposed to HPV from contracting other strains of the virus.

“They still recommend, up to the age of 26, going ahead and vaccinating,” Wilder said.

Wilder said she spends a lot of time treating patients with HPV, and often hears patients say they wish Gardasil had been available when they were the right age for it. She hopes to see HPV and its associated cancers become a thing of the past.

“This would prevent much heartache, medical care and intervention down the road,” Wilder said.

Update: This article has been updated to accurately reflect the number of strains the HPV vaccine protects against. Links to the vaccine package inserts were also added.