Obesity Trends Still On The Rise, But Intervention Is Possible, Study Finds 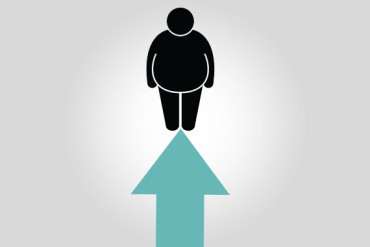 The U.S.’s high obesity rate and its relationship to other chronic diseases is not new information to most public health scientists and physicians, but a new analysis suggests that prevention strategies exist that could counter this trend if they were pursued as a public health priority.

A research letter published Monday by JAMA Internal Medicine reported updated results from an earlier study highlighting the burden of chronic conditions associated with body mass index. The new findings use the most recent data available on obesity – from 2007 to 2012 – from the National Health and Nutrition Examination survey, or NHANES.

Before the release of this study, the most recent examination of nation’s obesity and chronic disease burden was based on information from nearly 20 years ago, when researchers concluded that the prevalence of obesity-related health problems “emphasizes the need for concerted efforts to prevent and treat obesity” rather than just the other health conditions.

“Overweight and obesity is something one can deal with as an individual, but we also need strategies for prevention at the collective level,” she said.

Those strategies include enhancing primary care efforts to prevent and treat obesity, changing behavior in schools and the workplace, and changing physical environments to make healthy food and exercise options more accessible.

Part of the problem now, according to Yang, is that “clinicians are not talking enough with their patients,” and when doctors see patients, “they probably aren’t doing counseling on the ways patients can change their lifestyles.” Yang proposed having obesity education literature in waiting rooms as a potential way to encourage this conversation or at least raise patients’ awareness.

Some experts maintain that they are already seeing signs of progress.

“While obesity has increased, in many states we’ve seen a leveling off among some subpopulations, such as kids,” said Dr. Jeffrey Levi, executive director of Trust for America’s Health. “I think that’s telling us that we are beginning to know what to do to tap into this problem.” Levi was not associated with this study.