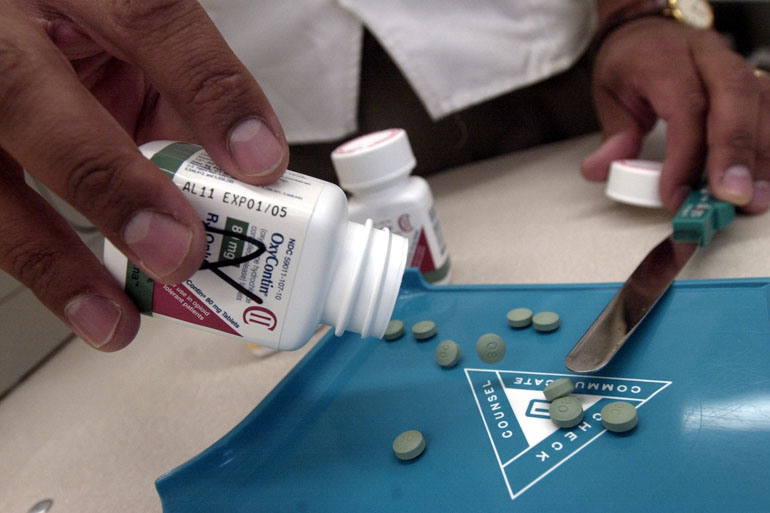 Legal officials in Oregon and Washington said their states have not agreed to a reported $12 billion settlement reached Wednesday between some 2,000 local and state governments and Purdue Pharma, the maker of OxyContin.

Governments have blamed the company, which is owned by the Sackler family, for fueling the opioid crisis that has claimed the lives of tens of thousands of people across the country.

“While we cannot bring back the lives lost to opioid addiction, we can hold Purdue and the Sackler family accountable,” Rosenblum said in a statement. “In short, I did not feel the settlement terms were adequate for Oregon.”

In a tweet, Washington Attorney General Bob Ferguson said the settlement doesn’t go far enough. He said it fails to provide adequate relief for the state to address the opioid epidemic and that it lacks accountability.

Other states that oppose the settlement include Massachusetts, North Carolina, New York, Nevada and Connecticut.

OPB has not independently confirmed the $12 billion settlement between Purdue and the governments involved. The figure was reported by several news organizations including NPR and the Associated Press, which also said the Sackler family would give up control of the company as part of the settlement.

In May, Oregon filed a separate lawsuit against members of Sackler family.

That lawsuit makes claims — similar to Ferguson’s public statement — that the settlement reported Wednesday was not enough for some.

Starting in 2008, “the Sacklers milked $11 billion from Purdue Pharma,” the state wrote in court documents. “Between 2008 and 2018, they directed Purdue to make nearly $11 billion in total distributions (including tax distributions) to partnered companies, foreign entities, and ultimately to trusts established for the benefit of the Sackler families.”

The lawsuit states the Sacklers have known for “nearly two decades” that OxyContin was deadly and addictive. It claims the family moved money because it was increasingly aware of its “catastrophic liability.”

“Fearing that Purdue would collapse under the weight of criminal and civil investigations and more than 100 lawsuits, the Sacklers engaged in a concerted, planned effort to siphon billions of dollars out of Purdue Pharma L.P. and transfer it to themselves and other entities in the Sackler Pharmaceutical Enterprise,” Oregon wrote in that lawsuit.

The lawsuit claims the Sackler’s “siphoning of Purdue” left the company running “with relatively low cash.”

“The Sacklers’ siphoning of funds made it impossible for Purdue to engage in basic corporate tasks like research and development,” the court documents state.

The lawsuit lays out a clear link between OxyContin being the bulk of Purdue’s sales and the family’s wealth. The connection underscores claims made by several of the states that rejected the settlement Wednesday and argue the Sacklers bear more financial responsibility for the opioid epidemic than what they’ve agreed to so far.

“Because of the tremendous damage that Purdue Pharma and the Sacklers have done, and the scope and scale of the death, destruction and pain that came at their hands, what’s been offered so far doesn’t begin to meet what they owe the people of CT and the people of this country,” Connecticut Attorney General William Tong wrote in a tweet Wednesday.

Last month, the family filed to dismiss the case in Oregon.