In the end, nurses at Providence Newberg Medical Center won a lopsided victory to be the last Providence acute-care hospital to join the Oregon Nurses Association on Thursday night.

“We won!” said ONA representative Minh Nguyen, just minutes after the final tally at 9 p.m. “It was 80 to 48. There’s a lot of excitement and emotion in the air.”

The hospital has 150 nurses, 72% of whom had filed cards in early April with the National Labor Relations Board to call a vote for union representation.

The vote was called for May 14; nurses voted privately in three sessions throughout the day.

Sheleen Wytcherley, a surgical nurse at Providence Newberg for the last four years, said there were nurses at the back of the room when the votes were tallied, with department managers and administrative staff toward the front.

“It was nerve wracking,” she said. “Initially, there was a big cluster of no votes that created a sense of tension.”

She said the nurses are proud to work for Providence and they “never wanted to create a divide” with managers and administrators. “We don’t want to create a power differential, but we want to have a say in how we care for people in this community.”

With the vote leaning toward “no” at the beginning, she said supporters at the back of the room “kept their poker faces on.”

But when the votes turned positive and the results were announced, “there were lots of smiles and clapping from the nurses at the back of the room,” said Wytcherley.

The nurses are instantly members of the ONA, even without paying dues yet.

“When the workers win, they are part of a bargaining unit,” said Nguyen. “They can’t have changes such as contributions to pensions or changes on their PTO (paid time off) without a bargaining agent being involved.”

It will take about a year before a contract will be put up for vote.

In the meantime, Nguyen said, “there will be a bargaining survey, asking all the nurses what their priorities are for a contract.”

Then, the nurses elect their own bargaining team to work with ONA staff on crafting a contract.

“It’s very in-depth,” she said. “Most of it relates to staffing.”

Union dues will be negotiated into the contract.

The nurses “are really looking forward to working with (Providence Newberg) administration,” said Nguyen. “It’s been an exciting night.” 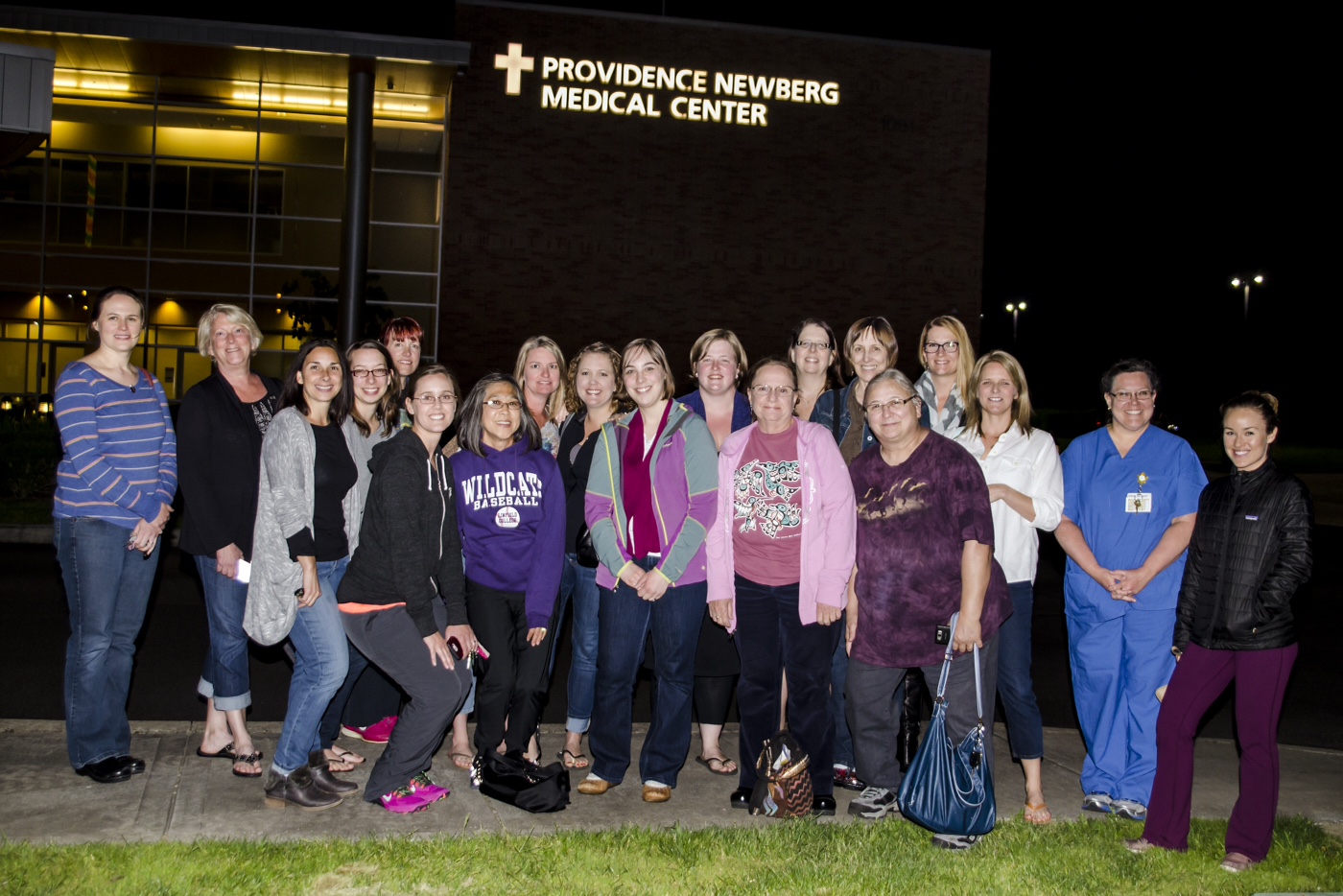 Kendra Hogue is a Portland-based freelance writer. She can be reached at [email protected].