HB 2902 is designed to counter cuts made to primary care providers who are not doctors and has resounding support, but similar bills have failed in the past
By:
Christopher David Gray 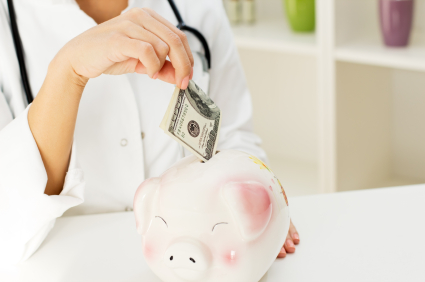 March 6, 2013 — A few years ago, private insurers cut the rates that they pay to nurse practitioners and physician assistants by as much as 25 percent and began paying them less than doctors for the same basic services.

“It’s not about salary for me, it’s about money for this facility.” said Weih, who runs the clinic in Oakridge, a scenic mountain town of 3,200 people 45 miles from Eugene, the nearest city.

Nurse practitioners and physician assistants are getting another try at pay equity this session after legislation demanding that commercial insurers compensate them the same as doctors for the same services failed to pass the last two sessions.

Weih argued that the cuts in payments is exacerbating an already growing lack of primary care access, which will only grow next year when 250,000 uninsured Oregonians are expected to start receiving Medicaid coverage, which reimburses providers at a lower rate.

“One of the things that are coming is a tsunami of patients,” Weih said.

Austerity measures that the federal government kicked in on March 1 could also hit the budgets of healthcare providers.

Practicing medicine in rural areas is not a lucrative trade. The state has programs to help with student loans and offers tax credits for practitioners willing to work in those communities.

But those incentives haven’t done enough in Oakridge, Weih said, which has lost two family practice doctors in recent years. Now he’s the only provider left in town.

Without access to healthcare, rural communities struggle to survive. “People were leaving the area because they weren’t getting access to care,” said Roger Fogg a nurse practitioner, who runs the Applegate Valley Family Medicine clinic in the unincorporated hamlet of Murphy, seven miles south of Grants Pass.

Fogg testified that his clinic nearly went bankrupt last year, and he was forced to lay off employees because of sharp cuts from insurers.

HB 2902 has some heavy backing. Bipartisan majorities of the House and Senate Health Committees, including both chairs have sponsored the bill, as well as House Speaker Tina Kotek, D-Portland and Sen. Alan Bates, D-Medford, an osteopathic physician.

But it’s opposed by the Osteopathic Physicians & Surgeons of Oregon and two students from Oregon’s osteopathic school, which opened in 2011, testified against the bill.

“It will discourage students like us from serving in primary care,” said Robert Luchsinger, a student at the College of Osteopathic Medicine of the Pacific, Northwest in Lebanon.

Luchsinger and fellow student Natalie Limoges both argued a point earlier made by Weih — that hundreds of thousands of dollars in student loan debt was discouraging doctors from entering family practice. But while Weih used this fact to argue that legislators should help the providers who remain, the students argued that changing the law would decrease the incentives of allopathic physicians and osteopathic physicians from entering primary care if people with half their education were paid the same amount of money.

Health Chairman Rep. Mitch Greenlick said he thought it was ironic that these osteopathic students would come to Salem to testify against HB 2902: “If you were here 40 years ago as DOs you would have been arguing on behalf of being treated the same as MDs.”

HB 2902 is also opposed by the insurance companies — which would be directly affected by the legislation. John A. Powell, who lobbies on behalf of Regence BlueCross BlueShield, said it was presumptuous to require insurers to pay nurse practitioners the same rate as doctors when clinics that employ them could end up just pocketing the extra money. He said Regence already mitigated the rate cuts for nurse practitioners in rural areas.

“We do pay some rural nurse practitioners the same as physicians through a careful credentialing process,” Powell said.

“The scope of practice between nurse practitioners and physicians is not the same,” Brown said. “We believe the difference in payments is appropriate.”

Greenlick did not call for a work session on House Bill 2902 following the hearing but his legislative aide Autumn Shreve told The Lund Report that she expects a vote to happen since Greenlick sponsored the legislation.