No Joke: April is the Month to Get Yourself Tested

STD testing should be a routine part of healthcare checkups.
By:
Stacy M. Cross 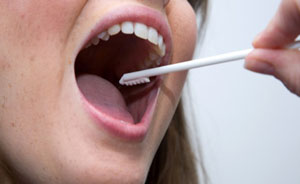 OPINION -- Did you know that half of all sexually active young people in the United States will contract a sexually transmitted disease by the time they’re 25 — and that most won’t even know it? Or that young people account for a quarter of new HIV infections each year? Unfortunately, the startling rate of STDs among young people in this country is no April Fool’s Day joke.

This April, STD Awareness Month, the most important part of the month isn’t avoiding pranks or getting caught in April showers: It’s encouraging young people to educate themselves on sexually transmitted diseases (STDs) and to get themselves tested.

Everyone deserves a sex life that is safe and healthy. Many sexually active young people may not realize that getting tested is part of basic preventive health care and can actually help improve their sex lives. But in fact, STDs impact young people the hardest. Half of the estimated 20 million sexually transmitted diseases in this country each year are in people younger than 25, although they represent only a quarter of people having sex.

That’s why Planned Parenthood Columbia Willamette has joined with MTV, the Kaiser Family Foundation and other organizations for the seventh year of the award-winning Get Yourself Tested (GYT) campaign. GYT is a national campaign that includes online and on-the-ground activities designed to promote sexual health among young people and address their disproportionately high rates of STDs — including HIV, chlamydia and gonorrhea.

A few things young people should know about getting tested and STDs:

Planned Parenthood Columbia Willamette is proud to offer affordable STD testing, treatment, and sex education and information to help ensure that young people in Oregon and Southwest Washington stay healthy and safe. We work every day to reduce the rates of STDs — and our doors are open to everyone. To make an appointment at our Vancouver Health Center, call 888-576-PLAN.

This April, spread the word that STD testing should be a routine part of your healthcare checkups — especially if you’re a sexually active young person. It’s one of the easiest and most important things you can do to protect your health. No fooling.