The Oregon Health Care Association is asking legislators for cost of living adjustments in the 2015-17 budget to meet the growing needs of low-income seniors.
By:
Shelby Sebens 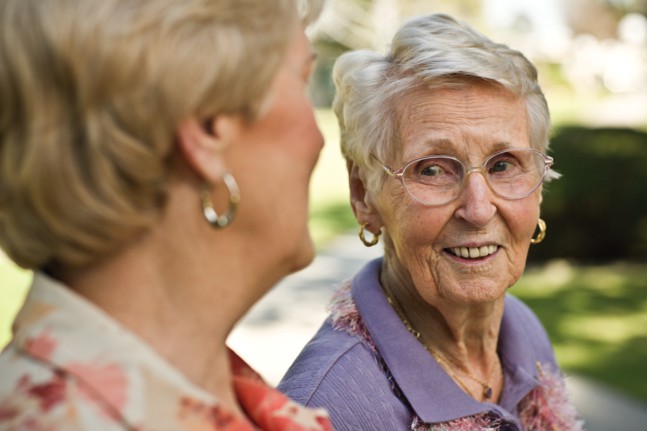 Funding to care for Oregon’s seniors isn’t keeping up with the growing number of the aging population most in need, according to a study by Portland State University.

Using data from 243 residential care and assisted living communities providers across the state, researchers found the proportion of seniors who depend on Medicaid has risen by 10 percent since 2008 while Medicaid reimbursement rates have decreased by 3 percent when adjusted for inflation, according to the Oregon Health Care Association, which found that 31,000 low-income seniors depend on Medicaid to pay for their long-term care needs.

“I think the finding that the reimbursement rates for Medicaid clients was basically negative is really important to point out to legislators so that they understand that even though the same or higher level of services are being provided, the reimbursement hasn’t gone up,” said Paula Carder, associate professor at PSU’s Institute on Aging.

The fear is that less funding will result in fewer low-income seniors getting the care they need.

“They (providers) might have to be cautious of the number of Medicaid clients they accept,” Carder said.

The study was the first of its kind since 2008, and long-term care advocates say it’s time to revisit reimbursement rates, and are asking legislators for cost of living adjustments in the Medicaid budget even though Governor Kate Brown’s proposed budget is flat.

“This decline in the Medicaid reimbursement kind of demonstrates years of disinvestment,” said Walter Dawson, OHCA’s director of research and analytics.

Officials plan to conduct another study with 2015 data that will look at services and private pay rates as well as quality of care indicators and staffing. The push for the 2014 study, paid out of state dollars, came from advocates and providers.

“It’s hard to make policy decisions when you don’t have information about the kinds of people who are living at these places, the services that they need,” she said. “The goal was to fill that gap and knowledge so the state agency can make some informed decisions.”

“There is a direct link between Medicaid reimbursements and quality care,” Dawson said, and doesn’t have to be a lot. “Just increasing does have a positive impact.”

The report showed that 47 percent of residents in community-based care facilities have dementia, such as Alzheimer’s disease, a 5 percent increase from 2008 to 2014, with the number of Oregonians with Alzheimer’s expected to double by 2025.

Among community care residents, 54 percent are 85 or older and are likely to have multiple chronic health conditions.

The PSU report, Oregon Community-Based Care: Resident and Community Characteristics, took two years to complete and research was also conducted on adult foster care and an analysis of Medicaid beneficiaries.

The study that focused on residents in community-based care and their facilities also found:

“The rate of hospital and emergency department use among older people is a health policy concern because of the costs associated with hospital-based care and because older persons are at risk of adverse health outcomes when they transition between different care settings,” Carder said.

This study showed that in states that increased their Medicaid reimbursements had higher quality of care among nursing home residents.

The Effect of State Policies on Nursing Home Resident Outcomes," Journal of the American Geriatrics Society