May 30, 2013 -- Pamela Martin, PhD, stepped into her new role as director of Oregon's Addictions and Mental Health Division at the beginning of May, and she's still getting her bearings in Oregon after spending 35 years in the mental health field in New Mexico.

She’s working with a variety of offices and partners – including the Legislature, the leaders of the Oregon Health Authority, mental health consumers and nonprofit groups – to create policies and action plans related to behavioral health for people throughout the state. 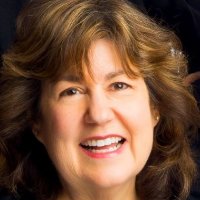 “I don't have any accomplishments at this point. I just have plans,” Martin told The Lund Report, in reference to her tenure in Oregon. Originally from northern California, she received her PhD in clinical psychology from the State University of New York at Binghamton in 1978, and has just applied for clinical licensure in Oregon. She’s looking forward to drawing on her background – which includes clinics that prototyped a version of coordinated care – to integrate mental health and addiction services into primary care.

Most recently, Martin served as the director of Medicaid Behavioral Health for the Lovelace Health Plan, a managed care plan in New Mexico. She's also worked as the director of criminal justice initiatives at ValueOptions, a mental health managed care plan and prior to that, worked with patients and families with chronic illnesses and disabilities, to help them manage the psychological issues they experienced.

From 1980 to 1997, Martin worked as a clinical psychologist for a group called Behavior Therapy Associates, an Albuquerque mental health clinic which she describes as integrating primary care with mental health.

“Our group took a step which was very unusual at the time,” Martin said. “We did an integrated practice long before it was thought possible.”

“So many of us were just trained to have a narrow view of the mental health system,” Martin said, which is symptomatic of specialization in the healthcare system overall. “I really started to expand my view of that as some of my colleagues and I started a small managed care company. It really became very clear to me that we had to integrate mental health and medical health and that the social determinants of health were enormous.”

Martin also became more interested in the mental health of people in the corrections system after learning that a high percentage of prisoners in New Mexico were prescribed psychotropic medications, and she wants to ensure that players in the law enforcement, corrections and legal system are better educated about mental health issues – and that mental health consumers' voices are heard.

“We don't make progress unless every voice is heard. I agree completely with the phrase 'nothing about me without me,” Martin said, adding that bringing a broader coalition together “makes a longer process” but is critical to making change.

“I know when I go to the doctor it goes really fast. I might not get all my questions answered or understand all I'm being told,” Martin said, and families enrolling in Medicare or Medicaid may also have difficulty getting all their questions answered on the insurance side. “It's a very tough system to navigate.”

As questions loom about the role that existing mental health and addiction services providers will play in coordinated care, Martin said, “I've got as much insight and clues as anybody who's working on this. I don't think there's going to be a one-size-fits all model.” She suspects some coordinated care organizations will begin to embed mental health into a one-stop clinic, and in other cases develop strong relationships with “behavioral health homes.”

Martin said she intends for her office to be a “resource” for CCOs as they develop programs to integrate mental and behavioral health into primary care.
“For example, one of the measurable goals for CCOs is to increase screening for people who drink too much or abuse drugs so they receive treatment that will help them recover and avoid serious health problems,” she said. In July, her Division is hosting a seminar by nationally known researcher and clinician, Dr. Reid Hester, who’ll discuss integrating screening tools for binge drinking among college students into primary care.

When Martin spoke with The Lund Report, she had only visited the Oregon State Hospital in Salem once, and was on her way to tour the site of the Blue Mountain Recovery Center in Eastern Oregon. Asked about her vision for the state hospital – long the subject of controversy, including a recent petition to halt the construction of a new psychiatric hospital in Junction City near Corvallis – Martin echoed mental health advocates' concerns that the hospital system needs to place a greater emphasis on reentry to the community, but said she suspects the hospital will always be a part of the mental health system.

“From an outsider looking, in the state hospital has undergone an amazing transformation. There's been new leadership in the last couple of years I was very impressed with the formation of new treatment programs. The administrator, Greg Roberts, and the physician staff, are quick to say that they have a long way to go. They've been very modest,” Martin said. “Oregon will always need a state hospital system. It's important that there be a place for people who have certain acute needs. What we want is a quicker transition to community programs.”