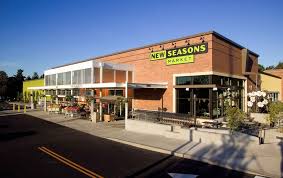 New Seasons Market is recalling fresh ground beef sold in three of its stores over an outbreak of E. coli.

The Oregon Health Authority said the beef was suspected in the outbreak of three people in the Portland area. All of them ate ground beef purchased at different New Seasons outlets. All are recovering, the release said.

Three people in the Portland metro area have become ill with an E. coli O157:H7 infection after having eaten ground beef purchased at different New Seasons outlets. All are recovering from the illness.

The strain involved in the outbreak has been identified as O157:H7, which is associated with a type of kidney failure called hemolytic uremic syndrome. Most people recover but those with weakened immune systems, such as the elderly, and young children can die.

The suspect beef was sold at the company’s North Lombard, North Interstate and Cedar Hills locations. The product comes in 5%, 10% and 20% fat content varieties and is ground at the stores before sale, the release said. The products implicated were purchased between Oct. 19 and Oct. 23. OHA recommends customers who purchased the ground beef between these dates throw it away immediately.

Oregon Health Authority identified the outbreak after laboratory tests conducted at the Oregon State Public Health Laboratory determined that an identical strain of E. coli O157:H7 was present in all three patients. Six strains of E. coli O157:H7 have been banned because of their implication in fatal food poisoning outbreaks. The bacteria are killed by high temperatures. But many people eat burgers, for example, rare or medium-rare.

New Seasons Market has reported to OHA that it suspended the sale of the product while the Oregon Department of Agriculture continues its investigation into the cause of the outbreak.

Consumers with questions may contact the company at [email protected].