The Legislature approved $10 million in rural healthcare improvements. The most significant program would begin a process where rural patients might be transferred out of big urban hospitals to recuperate in rural hospitals, which need much more consistent patient volumes to stabilize their funding.
By:
Chris Gray 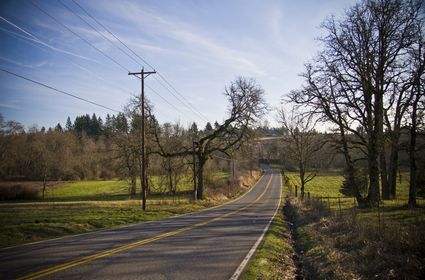 Oregon will be enlisting advice from the Mayo Clinic to learn how the state might follow the renowned Midwestern health system‘s lead in bolstering struggling rural hospitals while taking the pressure off strained urban hospitals.

A post-acute care program borrowed from the Mayo Clinic in Minnesota would help the big and little hospitals coordinate their work by discharging patients when appropriate from the large, tertiary hospitals back to their local hospital where they can recuperate closer to family, friends and home.

The state will hire consultants from Mayo for the consultation and rural transition program, which is part of a $10 million package approved by the Legislature last week to help retool the rural healthcare system.

“The funding would ensure that four carefully tailored projects identified by relevant stakeholders could ... ensure that Oregon’s small and rural hospitals continue to be sustainable in the future,” according to a letter of support from the Oregon Association of Hospitals and Health Systems.

Bates, an osteopathic physician who has worked in rural hospitals, said one of their biggest challenges is an inconsistent and unpredictable volume. One day these hospitals may only have two patients, but the next day they could have 20.

These critical-access hospitals need to be able to serve those 20 patients, but the inconsistency makes staffing and work hard to manage. Meanwhile, officials at some of the big urban hospitals in Portland and Eugene worry that they’ll reach capacity and have to invest in new wings. By utilizing the open bed space in rural hospitals, they could avoid that while also helping rural hospitals stay afloat allowing patients to recover nearer to home.

If it sounds like a common-sense system, an interim workgroup that included the state Office of Rural Health and the Oregon Association of Hospitals and Health Systems argued that the program would need $4 million to $7 million in seed money to get it started. Once the program  gets up and running, and hospitals learn how to coordinate, it should be self-sustaining, since money from insurers, Medicaid and Medicare will follow the patient.

Bates said rural hospitals could also be used as a step down for mental health patients from the two Oregon State Hospitals.

If these hospitals worked more efficiently, they could support a more regular workforce that would aide the local economy. Bates also said that local hospitals and healthcare access, along with good public schools, provide the backbone for a viable community when employers are looking to invest in a community.

The simplest, at $100,000 would pay for after-hour seminars where rural healthcare practitioners could learn how to incorporate coordinated care models into their practices. Licensed professionals in rural areas will be able to acquire continuing education credits while learning how to utilize the so-called Triple Aim: “Better Care, Better Health, Lower Cost.”

Another $1.5 million would bolster a medical residency rotation in rural Oregon, which Bates said was being developed by the Eastern Oregon CCO in Baker City. The advocates hope the residency will attract young doctors willing to stay on after their residency training and then replace their retiring physicians who currently have no easy replacement.

That measure falls short of another health policy goal -- establishing all-new medical residencies in Oregon, to make up for the artificially low cap the state receives in Medicare-sponsored residencies. Instead, existing residencies in Portland would add a rural component.

The last initiative will invest $1.1 million in telemedicine services to rural areas through a virtual clinic, increasing opportunities for rural residents to receive care through an online-video-chatting service outside of business hours.

"The telehealth piece is an expansion of healthcare," said Bob Duehmig, spokesman for the Office of Rural Health, allowing patients to go online to get immediate needs met in evening and weekend hours. "The portal is housed on the Telehealth Alliance website."

Bates was more optimistic about the possibility that it would allow rural providers to have a chance to connect with a specialist at Oregon Health & Science University as well as out-of-state specialists in Boise, Idaho, or the Tri-Cities, Wash. “They’ll be able to talk to a specialist immediately on a virtual basis on tough cases,” he said.