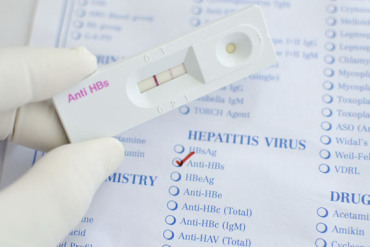 The list continued to grow of preventive services that people are entitled to receive without paying anything out of pocket.

In 2014, the U.S. Preventive Services Task Force recommended two new services and tweaked a handful of others that had previously been recommended. Under the health law, preventive care that receives an “A” or “B” recommendation by the nonpartisan group of medical experts must be covered by health plans without charging consumers. Only grandfathered plans are exempt from the requirement.

The new recommended services are: Hepatitis B screening for adolescents and adults at high risk for infection, and low-dose aspirin use for pregnant women who are at high risk for preeclampsia, a condition characterized by an abrupt increase in blood pressure that can lead to serious complications for the woman and baby.

In its Hepatitis B screening recommendation, the task force said there was new evidence that antiviral treatments improved outcomes in people at high risk for the liver infection, including those from countries where the infection is common, people who are HIV-positive and injection drug users.

Although it’s not a big-ticket item from an insurance-cost perspective, the March of Dimes welcomes the task force recommendation regarding low-dose aspirin use to prevent preeclampsia in high-risk women, says Dr. Siobhan Dolan, an obstetrician/gynecologist at Montefiore Medical Center in the Bronx, who’s a medical adviser to the March of Dimes.

“What’s exciting about this is that now we have something to offer women that’s a low-risk strategy,” says Dolan. Preeclampsia accounts for 15 percent of all pre-term births.

The task force also issued a recommendation for gestational diabetes screening after 24 weeks in asymptomatic pregnant women. That service, however, is already being offered at no cost by health plans following an Institute Of Medicine study commissioned by the Department of Health and Human Services that identified gaps in existing coverage guidelines.

In its review of screening for gestational diabetes, the task force found sufficient evidence that it reduces the risk for complications such as preeclampsia, large birth-weight babies, and shoulder dystocia, when the baby’s shoulders become stuck inside the mother’s body during delivery.

The task force recommendations take effect for the plan year that begins one year after they’re issued so for many consumers, these provisions won’t take effect until 2016.