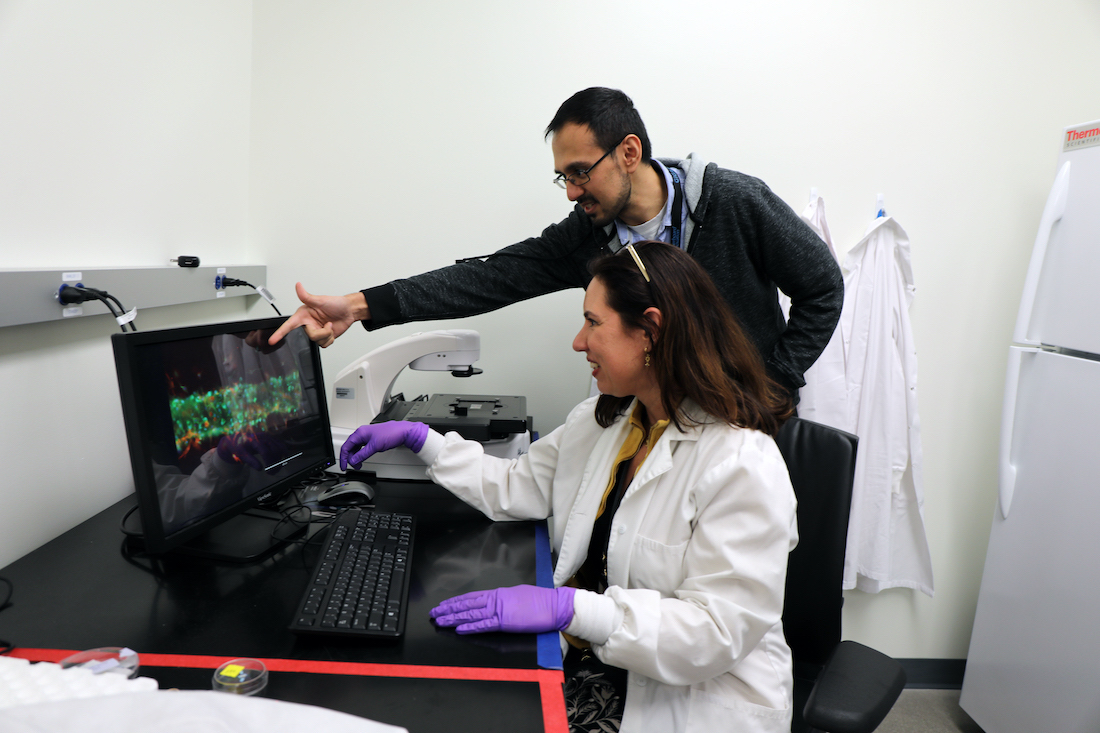 A new study from Oregon Health & Science University researchers suggests that COVID-19’s microscopic effects on blood vessels may play a key role in the spread and severity of the disease within the human body.

Cristiane Miranda França, D.D.S., M.S., Ph.D., a research assistant professor of restorative dentistry and Luiz Bertassoni, D.D.S., Ph.D., an associate professor of biomaterials and biomechanics, led a team that crafted blood vessel models from human cells to create what they say is an unprecedented window into the functioning during COVID of two types of cells: endolethial, which line blood vessels, and  pericyte cells, which wrap around the endolethial ones.

The study was published as a pre-print — a practice that has become popular for pandemic-related research — and is currently undergoing peer review. It was supported by grants from the National Institutes of Health’s National Institute of Dental and Craniofacial Research.

In particular, the study looked at models representing normally-functioning blood vessels, as well as those subjected to the same sort of inflammation agent produced by chronic inflammatory diseases such as obesity, diabetes, and asthma.

They found that, as suspected, inflamed blood cells appeared to attract a lot more spike proteins. This seemed to confirm their hypothesis that inflammation would in essence have a multiplier effect on COVID, increasing the spread of infection and also the severity of symptoms.

That fits well with the public health data suggesting that people with those same inflammatory conditions are hit with symptoms that are more severe and have a much higher mortality rate.

While the blood vessel connection had been suspected, the Oregon researchers’ effort is the first use of an actual model that allowed scientists to actually watch COVID act upon inflamed blood vessels actually happen —and do so in real time.

“We can essentially answer the question of what happens in a patient that has comorbidities versus not having these comorbidities,” Bertassoni said.

And while the findings are microscopically small, they may have major impacts on how the disease is understood, potentially leading to more effective treatment.

The blood vessels and capillaries are particularly dense in the heart, blood and lungs, potentially suggesting further avenues of research related to the “brain fog” some COVID patients have reported. The new study also has intriguing implications for how the immune system behaves during COVID.

“It's a small piece in this puzzle,” Miranda Franca said of the study, adding that “it opens several other questions.”

Apr 28 2022
News source:
The Lund Report
Keywords:
covid, Oregon Health & Science University
×
This article is for premium subscribers. If you are one, please sign in below.
You can see two more premium stories for free. To subscribe, click here. We depend on premium subscriptions to survive, and they are tax deductible.
Sign InGo Premium Not now